The family of Robert Durst’s wife Kathie, who vanished in 1982 and is presumed dead, have spoken out ahead of his trial for murdering another woman to say they do not want her to become a ‘footnote’ to his extraordinary story.

Robert, who is also known as Bob and Bobby, is currently awaiting trial for the 2000 murder of his friend, Susan Berman.

It is his second murder trial.

He was shockingly acquitted of murdering Morris Black, a man who he said he shot in self-defense during an argument but whose body he admits to chopping up, in 2003.

He has never been arrested or charged over Kathleen’s disappearance or death.

In an interview with People this week, her brothers and sisters say they will not rest until they learn what happened to her decades ago.

They are certain she is dead and that Durst killed her, but want to know what he did with her remains. 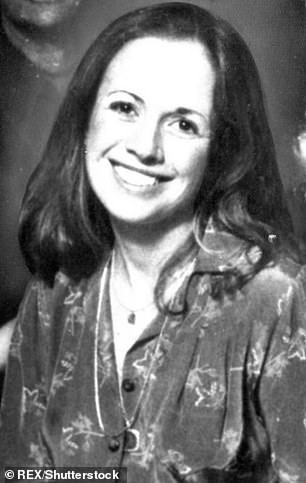 Robert Durst, left, now 76. He is awaiting trial for murdering his friend in 2000. The family of his wife, Kathleen Durst (right before she vanished in 1982) believe he killed her too 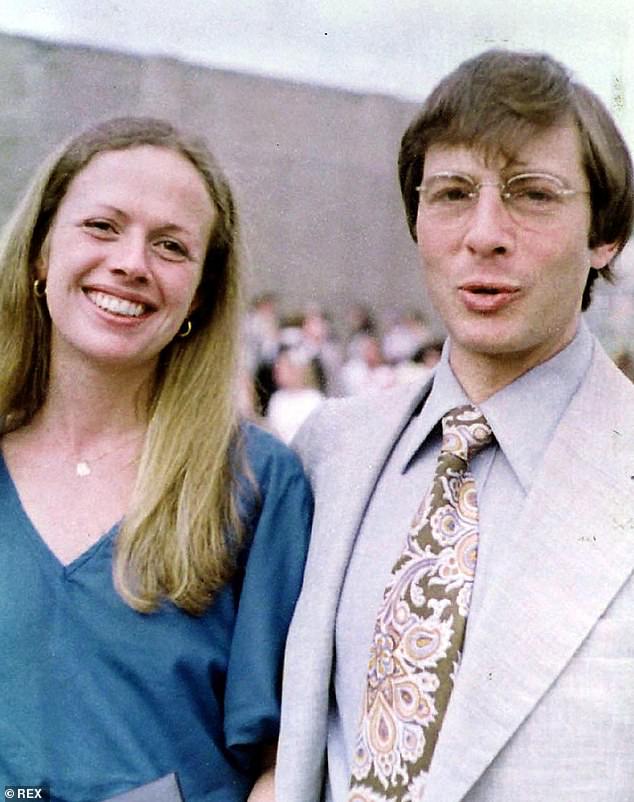 Robert and Kathleen met in 1971 and married not long afterwards. Her family say he ‘seduced’ her with his wealth

‘We aren’t going to let her be just a footnote to the Susan Berman story or the Robert Durst story.

‘This is my baby sister. She had a purpose,’ her brother Jim said.

He, along with his wife and siblings, recalled how their sister met Durst when he was a wealthy real estate heir in 1971.

He seduced her with his good looks and money and they moved in together promptly.

‘A good looking wealthy guy is seductive to a young girl. It was like Prince Charming and Cinderella. They would jet off to the Netherlands, Thailand, or Peru, and Kathie would bring home gifts for her family. She had it all…not knowing there was a dark side…’ her brother Jim said. 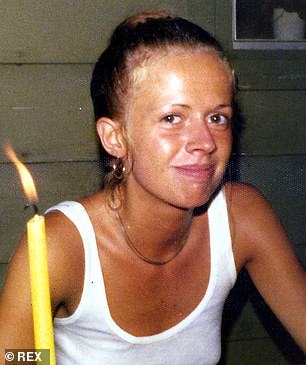 Kathie’s family said she was afraid of her husband. She is pictured in the summer of 1975

Kathie, as she was known to family, and Robert married. She tried to bring him into her family, her siblings say, but he never quite fit in and was often seen ‘wandering off in a cloud of marijuana smoke’.

Durst’s own upbringing had been traumatic.

His mother died when he was just seven after falling from the roof of the family home. He claimed his father took him to a window to make him watch her jump – a claim his surviving family have since said is untrue.

‘She thought she fix him,’ Kathie’s sister Mary said in the interview.

When she fell pregnant, Robert forced her to have an abortion.

It was then she decided to take her nursing career further and study to become a doctor – something her family say he did not like.

‘Bob wanted Kathie to be beneath him. Nursing was okay, but being a doctor was another thing,’ her sister Ginny now says.

The family watched as he became increasingly abusive towards her.

They recall one of the last times they saw her. It was Christmas in 1983 and they were at a family gathering.

Durst was ready to leave but Kathie was lingering to talk to her grandmother.

He got so impatient that he ‘grabbed her by the hair and yanked her off her seat.’ 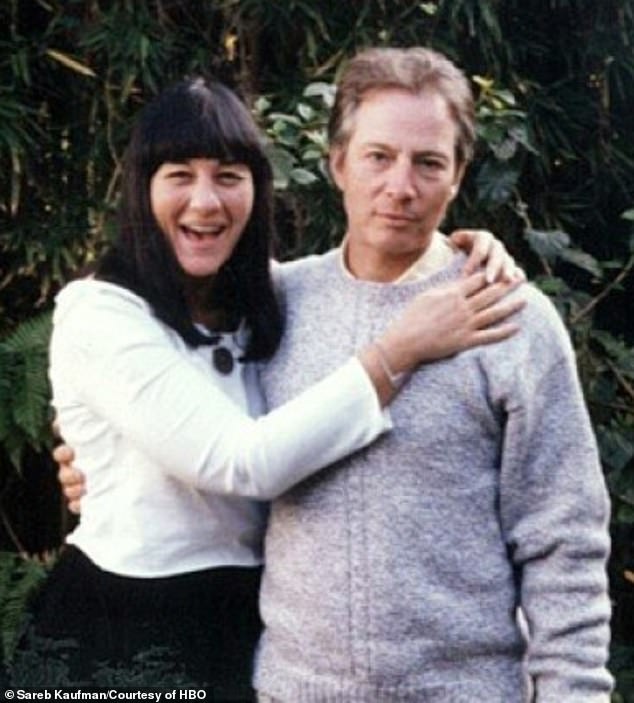 Durst is accused of murdering Susan Berman, his friend who was found shot dead in her home in 2000

‘I looked at my grandma – her eyes were big as pizza pies, and she was shaking,’ Jim says now.

His wife Sharon says she came to stay with him because she was scared.

‘She talked about her fear of Bob. She said, “He gets away with everything.”‘

It was the last time they saw her.

As months dragged on with no new information, the family became impatient. 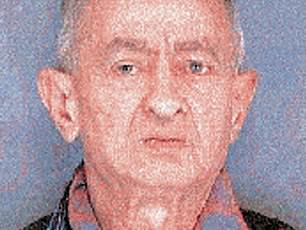 Durst was acquitted of murdering Morris Black in 2003. He cut up Black’s body after shooting him but said it was ‘self-defense’

‘We were desperate for any inkling of what happened,’ Jim said. His marriage suffered because it was all he could think about.

Mary said she too became consumed with finding her sister.

‘My dining table was essentially detectives’ head quarters. I wasn’t around for my daughters; I don’t remember them growing up.’

The family was stunned when he was acquitted of murdering Morris Black despite admitting to dismembering him.

‘This craziness he gets away with,’ Ginny said.

Her brother Jim said he won’t rest until something is done to bring his sister some kind of justice.

‘I know I’m not going to be Bob’s judge, jury, and executioner, but I am going to be Kathie’s representative as long as I can,’ he said.

Durst always claimed that his wife vanished after taking the train into New York City.

But critics, including Kathie’s family, say police dragged their heels in investigating the case and never seriously considered him as a suspect because he was so wealthy.

Prosecutors who say he killed Berman believe she was close to exposing him for having murdered Kathie and that is why he killed her.

Berman was found shot dead, face down, in her home.

The Morris Black case involved Durst shooting Black dead, chopping up his body and hiding the parts, and then lying to police by dressing up as a woman to evade suspicion.

His murder case involving Berman is due to go to trial on January 13. 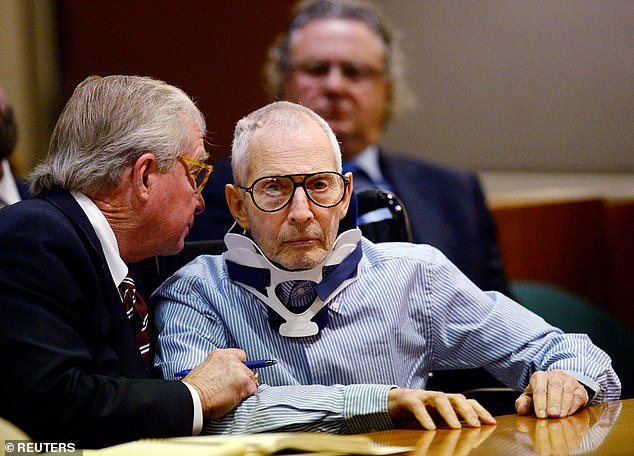 Durst is pictured in court in 2016. He has always denied the three murders he is accused of