A father shot dead his wife and two young children at a French railway station today before turning his pistol on himself.

The bloodbath took place at Noyon, 70 miles north of Paris, after the unnamed man ‘snapped’ while standing on a platform, soon after 11am.

‘There was the sound of automatic gunfire, and then the man was standing over his family,’ said a source close to the case.

‘He seemed to have snapped before the attack, and when it was over he shot himself so as to commit suicide.’

An armed police officer stands outside Noyon train station in northern France where a gunman has shot dead a man, woman and two children aged between three and five 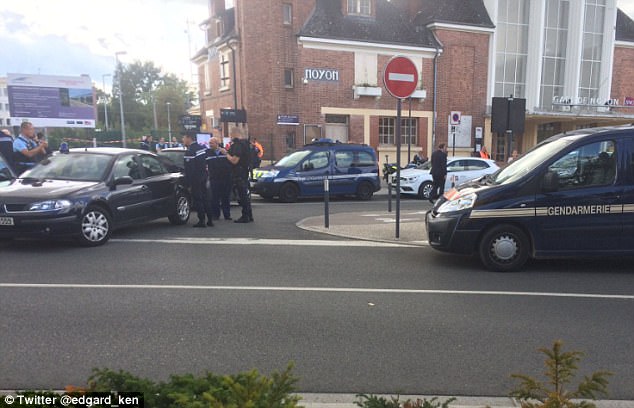 A witness has described hearing four gunshots as he made up the stairs of a platform at Noyon train station, northern France 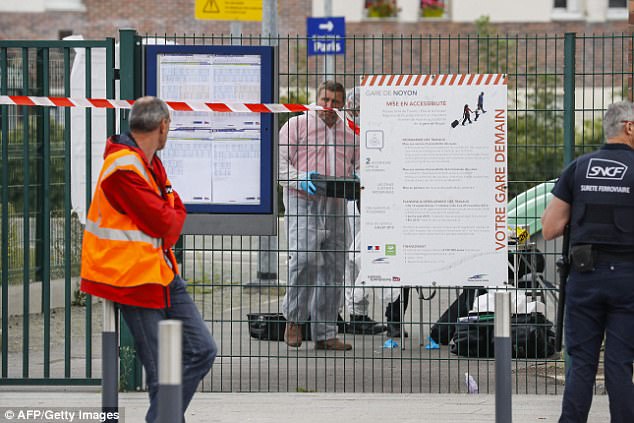 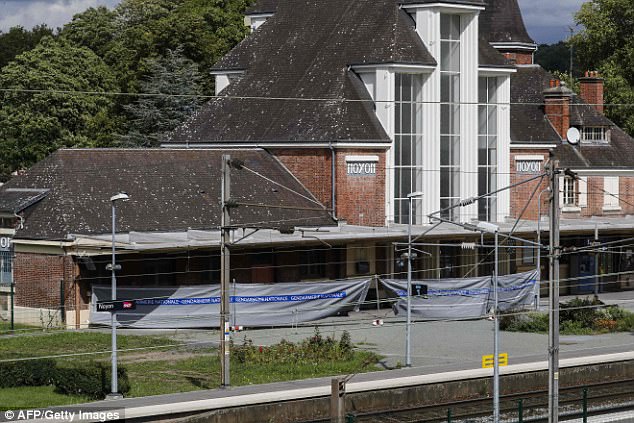 Another witness told local media: ‘I climbed the stairs leading to the docks when I heard shots.

‘I saw four bodies on the ground. I then took a little girl with me to put her in safety.

‘There was a black automatic pistol on the ground. With a passerby, we ran. I was afraid that the man on the ground would wake up and start shooting again.’

Virginia Girard, the local prosecutor, confirmed there were ‘four deaths – two children and their parents.’ 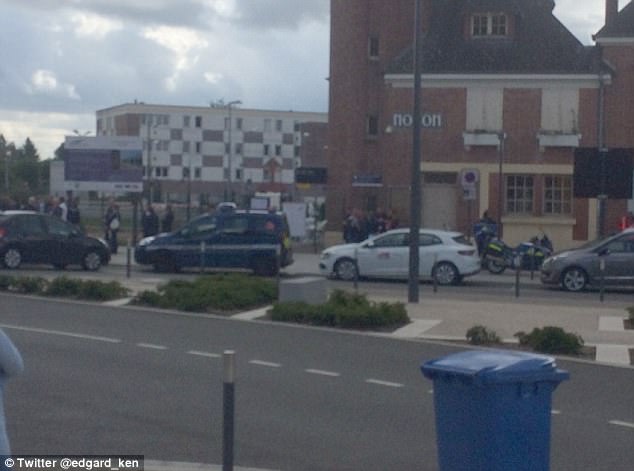 Police have cordoned off Noyon train station in Oise after a gunman opened fire on four people. French media are reporting that the two children, a man and a woman are members of the same family 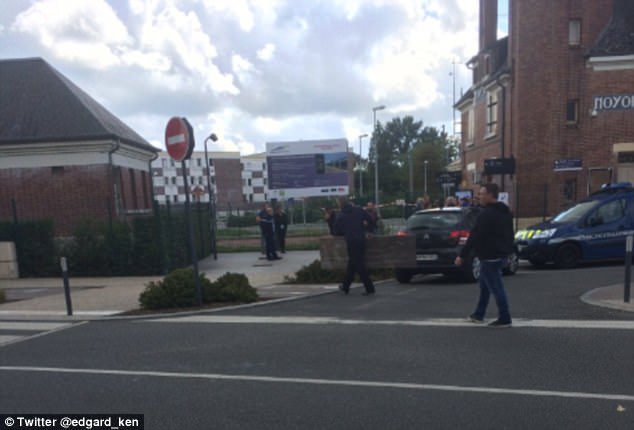 It is understood that the suspected gunman has committed suicide. Public prosecutor Virginie Girard said the shooter: ‘obviously died after the incident’ 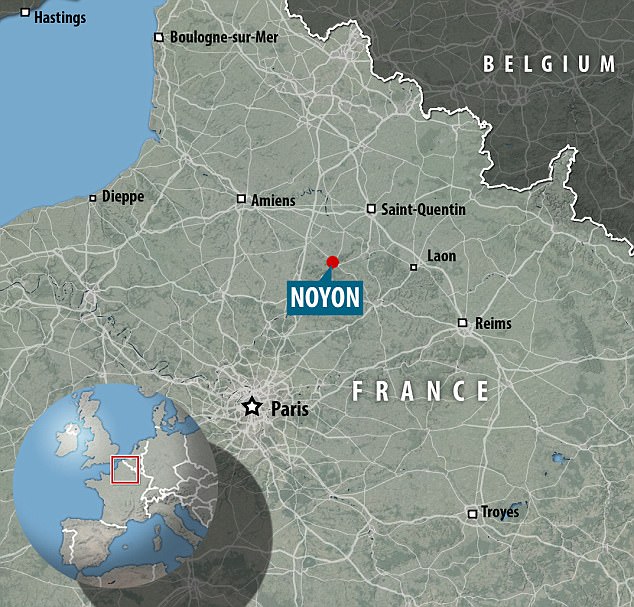 Ms Girard said the children were aged three and five, and – like their parents – they were pronounced dead at the scene.

She ruled out terrorism, saying the incident was being investigated as a ‘domestic drama’, involvingsuicide.

The family was from the greaterParis area, and the mother had been visiting relatives in nearby Guiscard forthe weekend.

This afternoon the station had been shut down as forensics officers combed the crime scene for clues. No trains were stopping. 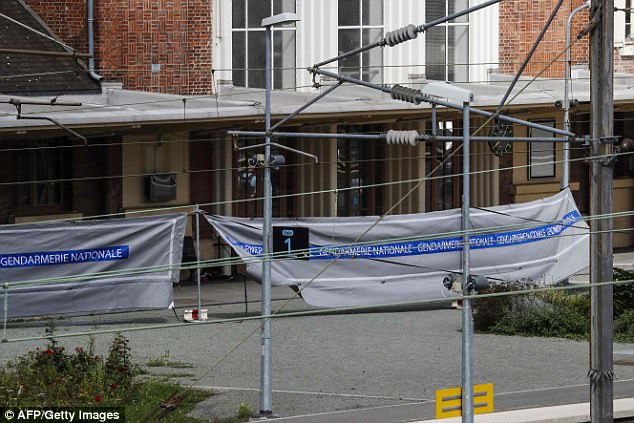 Four members of the same family died this morning. It was reported the father was the shooter who later turned the gun on himself 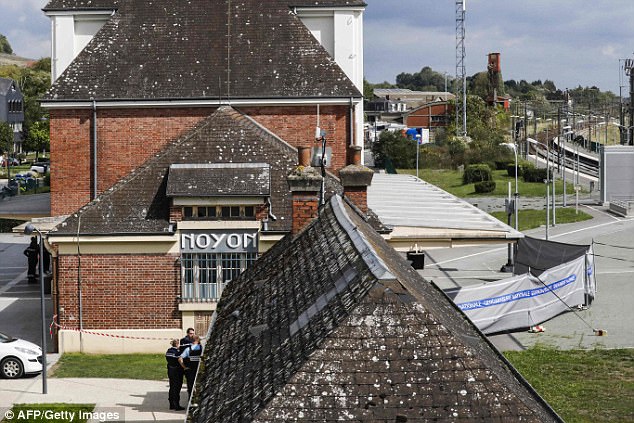 The unnamed man ‘snapped’ while standing on a platform, soon after 11am at the railway station 70 miles north of Paris 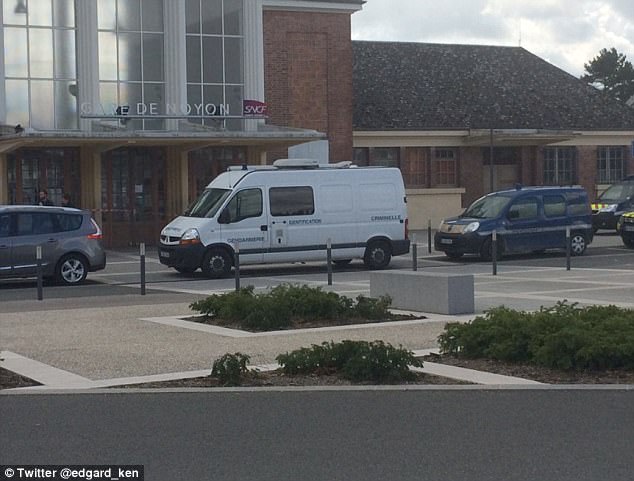 The family of four were reportedly shot dead on one of the train station’s platforms, according to an eye-witness 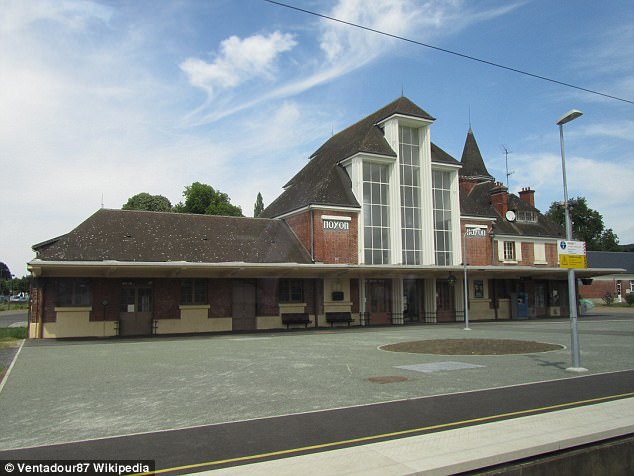 Forensic officers have been seen on site after the incident took place at around 11.30am this morning