A family has swerved the cost-of-living crisis by foraging for all their meals – only spending £5 a month at the supermarket on pasta and olive oil.

Jim Parums, 32, who lives in Altrincham, Manchester, discovered foraging at a young age after watching his grandmother, Anne, 84, pick mushrooms, prompting him to fall in love with the wonderful world of fungi.

Now Jim, has taught his wife, Kat Parums, 35, and his two little girls, three and one, the art of survival with the power of foraging.

Every meal in their home is cooked with ingredients grown in their garden and foraged from their local woods. 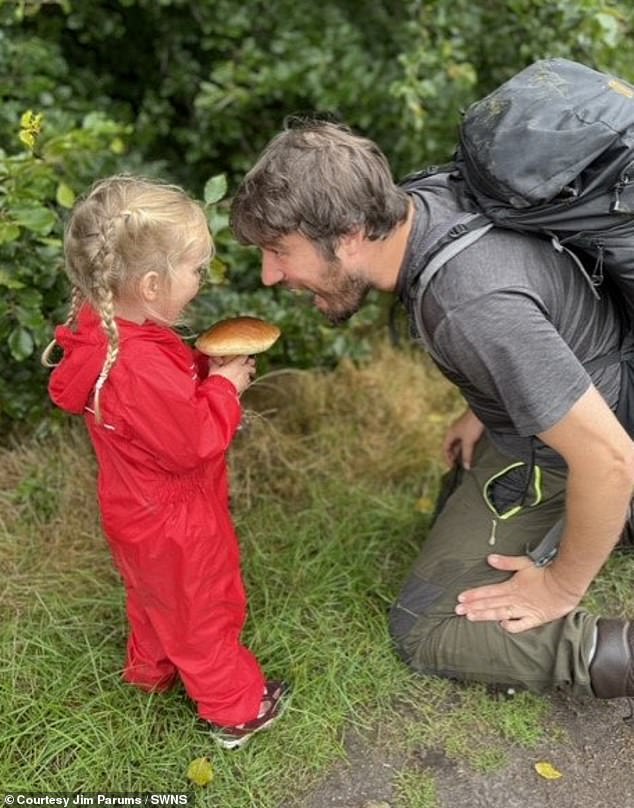 The father-of-two (pictured here with one of his daughters) says that due to growing food in the garden and foraging, he has slashed his family’s food bill to just £5 a month 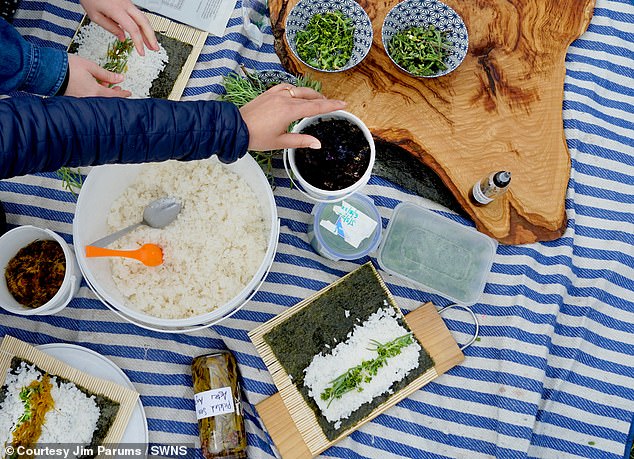 According to Jim, the family eats a range of delicious meals, and even his daughters, who he describes as ‘fussy eaters’ enjoy their foraged food

Their meals even include birds left behind from pheasant shoots during that season.

And the family loved their new way of life so much they stuck with it and continued to source fresh produce from the environment around them.

The family now save over £100-a-week by living from their land and only need to go to the supermarket for a few basics- spending just £5 a month. 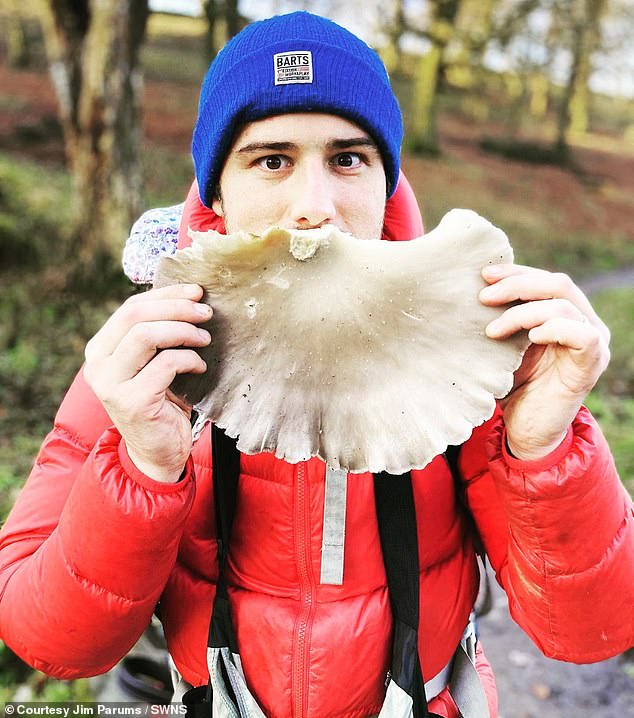 Pictured here in his younger years, Jim has enjoyed foraging for many years, and has even taught his wife Kat how to do it 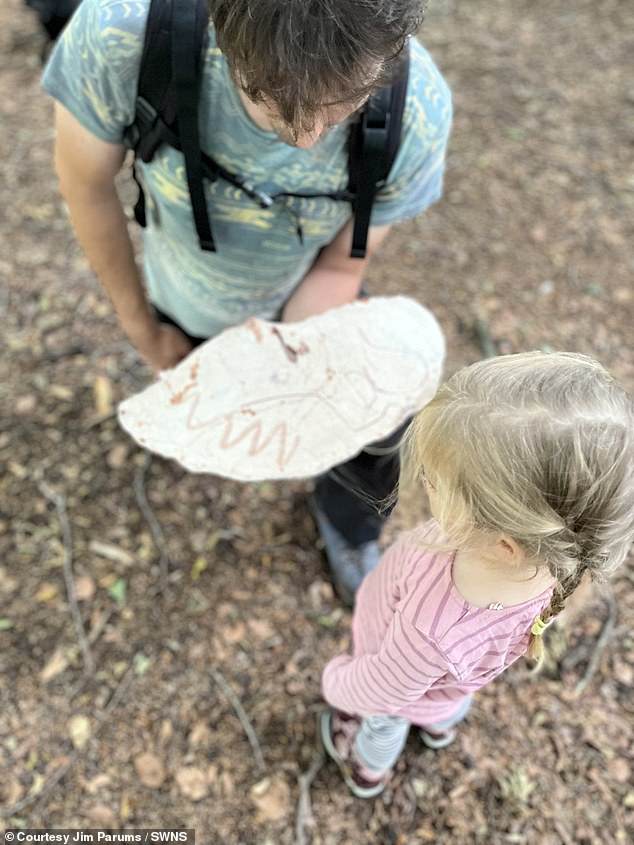 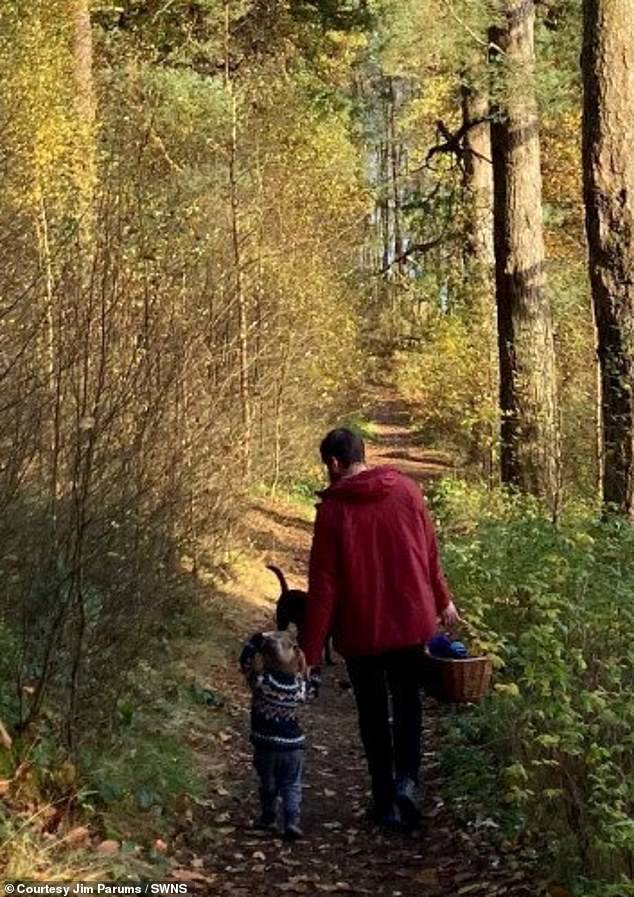 The family often go foraging in a local wood, where they have found a range of delicious ingredients

Jim, who has worked as a professional forager since October 2019, said: ‘Some of the tastiest ingredients are waiting outside your doorstep.

‘With a little bit of guidance, foraging can be used in every meal, and that expensive weekly shop can be reduced drastically.

‘My family and I rarely visit our local Tesco because we have everything we need in our garden or outside.

‘We only buy pasta and olive oil which barely breaks our £5 spending limit in the local shop.’ 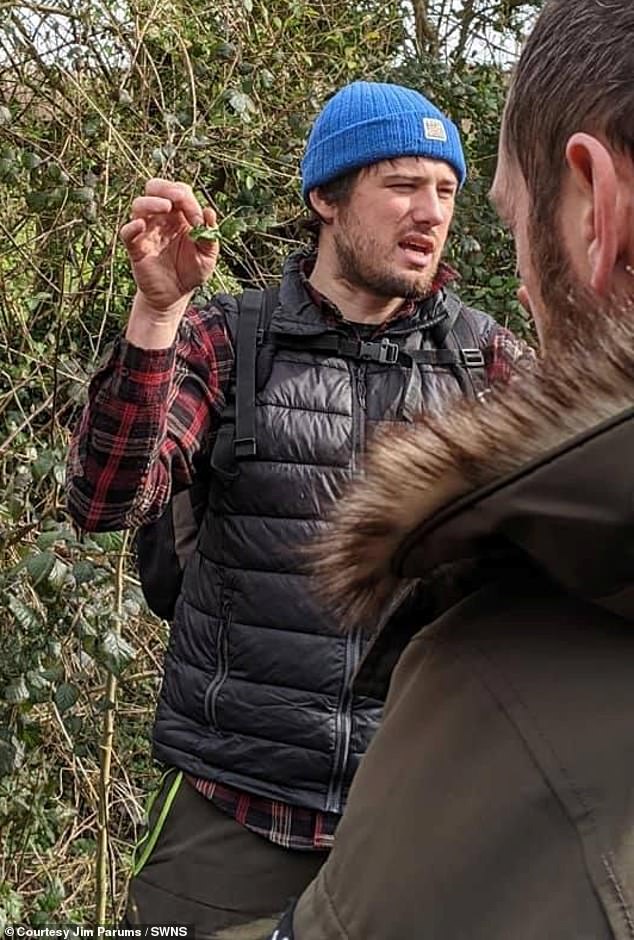 Professional: Jim has worked as a professional forager since 2019 (pictured here leading a foraging tour) 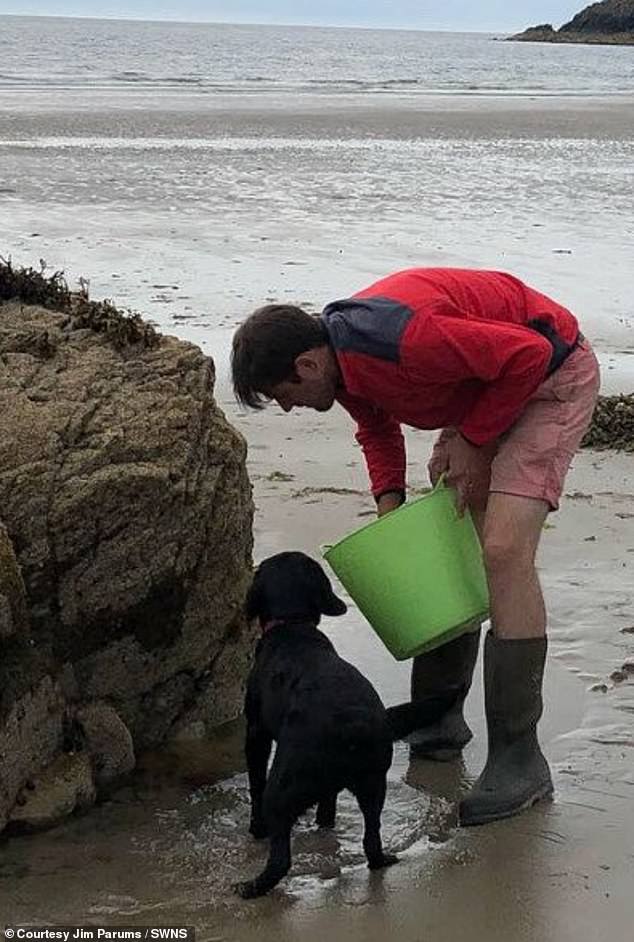 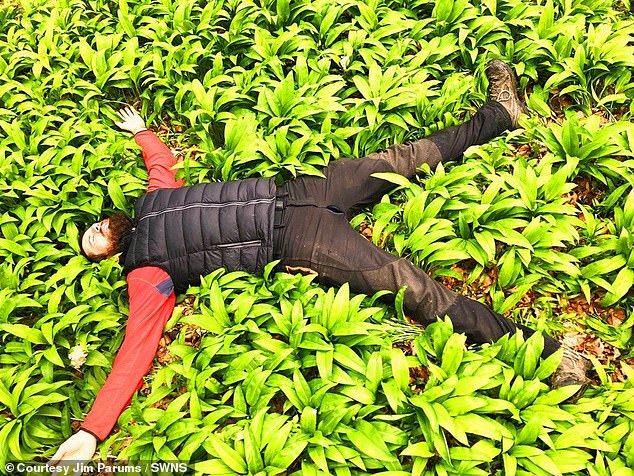 He used to work in hospitality, but Jim (pictured) quickly became unfulfilled with ‘the daily grind’ and decided to do something he loved instead – turning to foraging

After a childhood of adventures with grandma, Anne, Jim discovered his talent for foraging after easily identifying mushrooms with just a glance as a young adult.

Dad-of-two, Jim continued his passion during his degree in Electronic Engineering at Ashton University, Birmingham, in 2011.

During this time, Jim would forage berries and make wine for his friends.

Jim said: ‘We were young and we just wanted to something to drink, so I thought why not, I’ll create it myself. 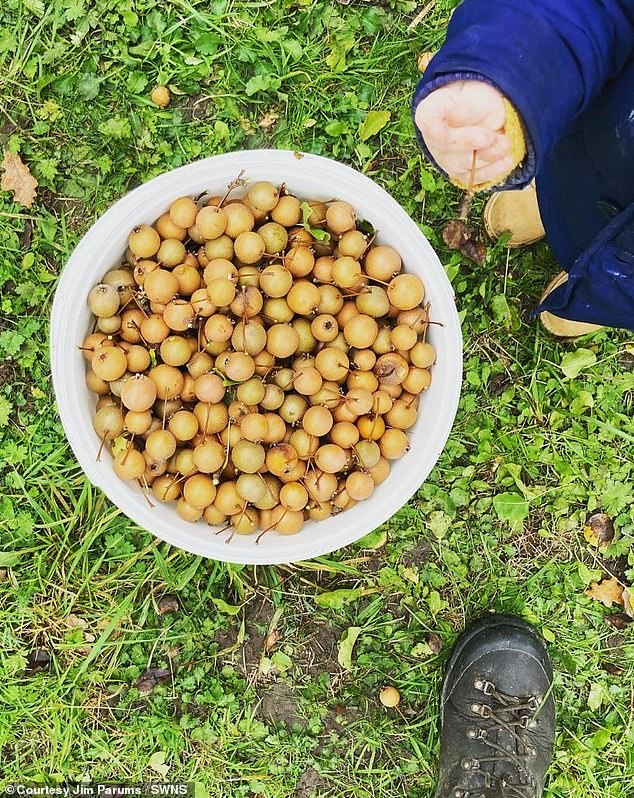 Found food: Jim shows off a bowl full of foraged fruit. His finds mean that the family’s food bill is just £5 a month 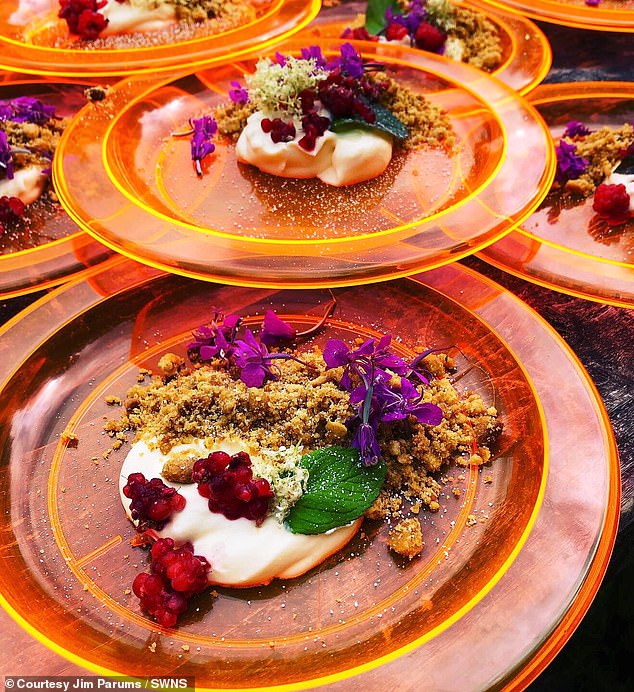 Foraging doesn’t mean missing out. Jim describes his families as ‘foodies’, and he creates colourful, delicious meals with his finds

‘It was awful, but it definitely did the job. My wine-making has improved quite dramatically in recent years.’

In 2015, April, Jim met his wife Kat on a job when they both worked in hospitality, and they moved to Manchester in 2019.

But he quickly became unfulfilled with ‘the daily grind’ and decided to do something he loved instead.

Jim said: ‘At first Kat was confused by my obsession with fungi, but after cooking her a full three course meal that was fully foraged she was blown away!

Chicken Of The Woods Mushroom Nuggets

‘After just five years, Kat is an incredible forager.

‘Even our eldest daughter can distinguish mushrooms by their spots at just aged three.’

The family of foragers will spend their morning harvesting various fungi, berries and plants to use to create their breakfast, lunch and dinner.

For breakfast, they will have homemade jam from foraged berries, black, red and wild with freshly baked bread.

Jim’s typical lunch for the family will include a variety of fruits harvested from their garden and their dinners will change with each season.

Jim said: ‘We grow a number of fruits and vegetables in our garden, but it all depends on the seasons.

‘Our friends and family love the foraging lifestyle with some of them even learning a few helpful tips and tricks.

‘Some of our meals are drastically amplified by the tastiness of the earthly flavours only nature can provide.

‘While people spend £10 on their fruit and veg every week, we are growing and foraging for nothing.

‘Weekly food shops can be such a burden on people’s finances, while we save hundreds each year for throwing away the idea of a weekly food shop.

‘The average weekly food shop for a family of four is around £90 if not much more, and we barely hit that in a month.

‘Our whole family is foodies and have discovered some of the tastiest combinations found outside.

‘Our daughters have never been fussy eaters and enjoy every meal we make for them.

‘No food is wasted, we use what we need and recycle and compost our leftovers.’

Jim now helps other families to reduce their cost-of-living through foraging though his business Forage Box.