The family of a Utah woman is suing a hospital, saying she died because doctors left an open tube from her heart that drained her blood into a garbage can.

Donnamay Brockbank, 62, of Vineyard, had heart surgery at St. Mark’s Hospital in Millcreek on July 11, 2018, to remove a medical device that was causing an allergic reaction, the Salt Lake Tribune reported.

‘It boggles the mind, with how experienced this team was, that nobody would catch such a simple oversight,’ said Rhome D. Zabriskie, one of the family’s attorneys.

During the procedure, she had a cardiopulmonary bypass, whereby blood left her body through a tube in her neck and re-entered in her femur.

Donnamay Brockbank, 62, of Utah died after routine surgery in July 2018. She is seen in a picture on a GoFundMe page (right) raising money for her funeral 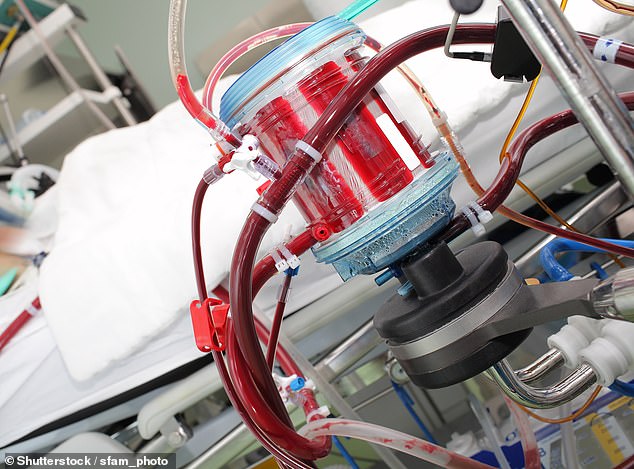 The family’s lawsuit alleges that hospital staff left a tube (file image) draining blood from the woman’s neck unclamped after the surgery, allowing blood to pump directly from Brockbank’s heart into a medical garbage can

After the surgery, when Brockbank’s heart was beating on its own again, the technician broke down the bypass machine and closed the re-entry tube to the femur.

But the tube draining blood from the woman’s neck was left unclamped, allowing blood to pump directly from Brockbank’s heart into a medical garbage can, the lawsuit alleges.

When her blood pressure crashed, doctors performed transfusions to add seven pints of blood – nearly double the amount of blood typically in a human body – to try and save her.

But nobody addressed the tube in Brockbank’s neck still leaking blood into the trash can, according to the Salt Lake Tribune.

The woman briefly stabilized, but with blood continuing to leak out, her heart gave out.

The surgeon, Dr. Shreekanth V. Karwande, reopened her chest and tried to manually manipulate her heart, but could not revive her.

Around an hour and a half after the surgery, Karwande told the family ‘this is on him, and that she has died,’ Rand Nolen, an attorney for her family, told the Tribune.

Hospital staff told the grieving family two days later that a ‘reservoir of blood’ had been found in a garbage can. 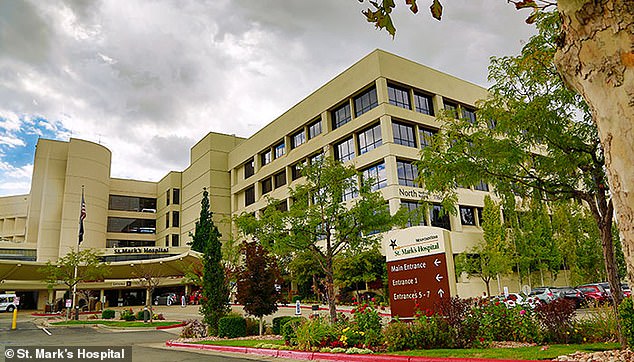 Brockbank’s family is suing St. Mark’s Hospital in Millcreek for the ‘simple oversight’ by doctors 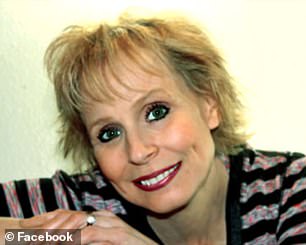 Attorneys for the family claim they had to largely reconstruct what happened with the help of outside medical experts and family recollections of conversations with hospital staff, because the medical records from the surgery ‘fell well below any known standard of care in the United States of America’.

‘The records relating to this surgery are as poor, if not poorer, than you would find in a third world country,’ the lawsuit claims.

Nolen told the Tribune that the records are ‘amazingly bad,’ and that the hospital did not provide the expected step-by-step recitation from the surgeon on what led to the patient’s death.

Brockbank was survived by her husband, four children, five stepchildren, more than 20 grandchildren, as well as her parents and six siblings.

She was an active member of the Church of Jesus Christ of Latter Day Saints, according to her online obituary.

‘She served valiantly in many callings,’ the text says. ‘She was loving and kind to all she met, always striving to live a Christ centered life.’

Her son Bradley Dean Brockbank posted on Facebook at the time of her death that the family was ‘in shock’ after ‘my mother went in for a fairly routine procedure on her heart.

‘Sadly after everything had gone well, things took a turn for the worse and the doctors were unable to revive her.’

A GoFundMe page raising funds for her funeral said she was ‘an amazing, kind, and giving soul’ who ‘lived every day with a smile and found opportunities to serve every person she could find’.