A 15-year-old boy has made an emotional plea for the safe return of his beloved pet pig who was taken from the family’s home on Sunday.

Humphrey went missing from the Thompson family’s Canning Vale home after a man admitted to picking him up and dropping him into the bush under the impression that he was a wild pig.

‘We all love him and just want him home,’ owner Curtis Thompson told 7NEWS, adding that Humphrey was given to him as a present on his 13th birthday.

The family were converting Curtis and his sister’s cubby house into a five-star pigsty featuring a day bed and mud bath for the 50kg miniature pig when he escaped.

‘Normally whenever he’s out of his pen we keep the gate shut,’ Curtis’ mother Tania explained.

‘I didn’t know he was out, and I opened the gate and was gone for 20 minutes.’ 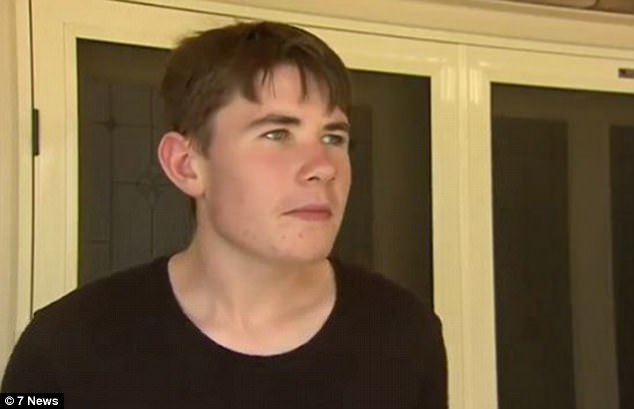 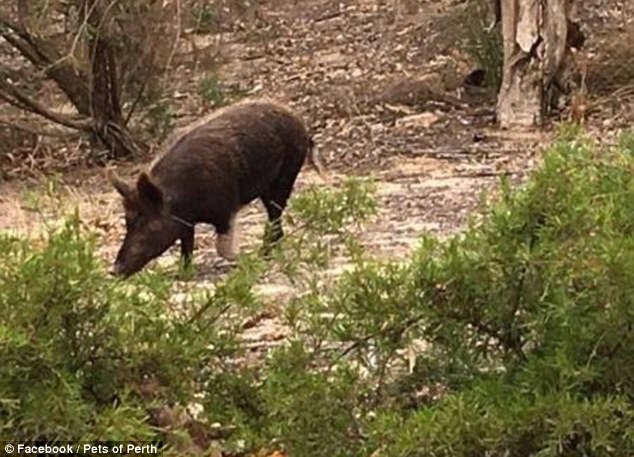 Humphrey was given to Curtis as a present on his 13th birthday, and is a member of the family

While she was gone, Humphrey slipped out the front of the property, and two neighbours saw three men chase him, bundle him up and into a car.

‘They tried to catch him but Humphrey’s not used to being chased, he normally just follows us around,’ she told WA Today.

A man later admitted to dropping Humphrey on Acourt Road near Jandacot National Park, not believing that he was a domesticated pet.

‘My son isn’t the type to show his feelings, but he loved Humphrey,’ Ms Swan said.

‘He does everything for him every day – he hoses him down, feeds him, lets him out of his pen, puts him away, and tucks him in and gives him a belly rub before bed. 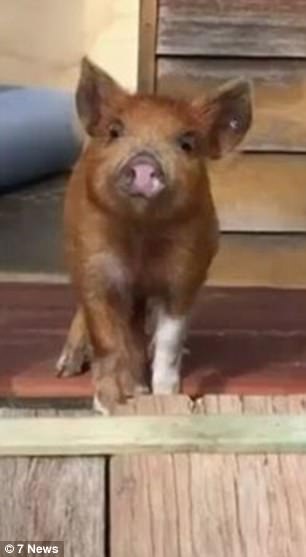 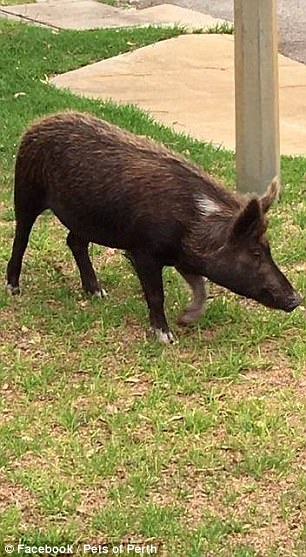 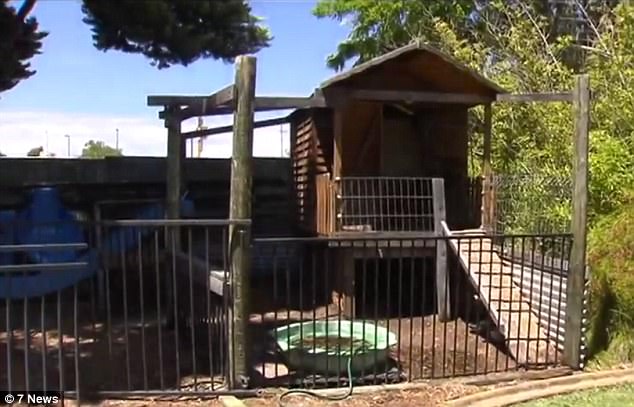 ‘He was just living in hope Humphrey was going to roll up outside the door. He loves him the most.’

‘When we first got him and he was in the laundry every night we’d get a mattress and sleep in there with him,’ Curtis’ sister added.

‘We miss him so much. He is part of the family.’

Anyone with information on Humphrey’s whereabouts is asked to call the Canning Vale police station or the Gosnells rangers.