As LeBron James led the Cleveland Cavaliers to victory Sunday night, he also left a super fan sitting court-side crushed when he curved the fan’s high-five.

James, who scored 45 points in the game against the Indiana Pacers, went over to high-five Tristan Thompson after he blocked a shot in the fourth quarter.

Standing next to him was a hopeful fan cheering for James with his armed eagerly raised, hoping to get a celebratory high-five too. 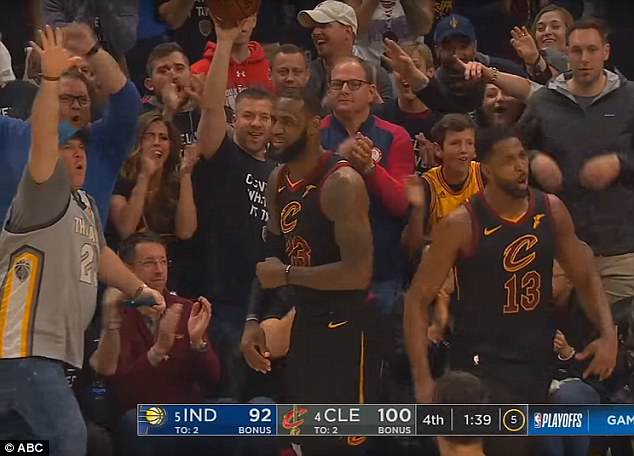 As he headed near the edge of the court a super fan raised his hand, hopeful for a high-five 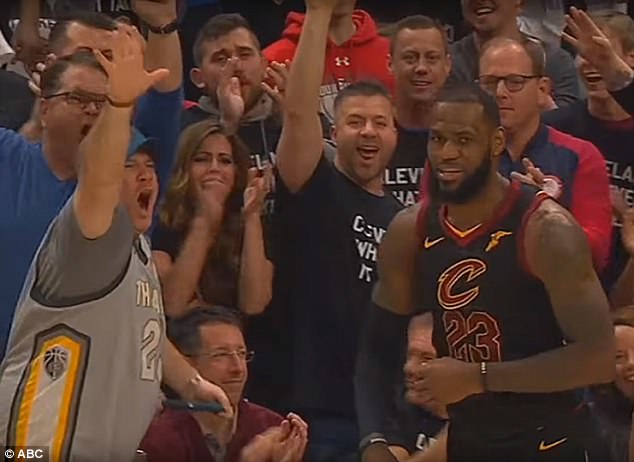 The fan cheered on the power forward and eagerly raising his hand, but James walked away

But James avoided the fan and headed back to the court, leaving the man with his hand hanging in the air.

In a hilarious save, the fan brings his hand down into an aggressive fist pump.

His comeback has gone viral on Twitter, where users commend his ‘impressive save’.

‘Did he actually think Lebron was going to high five him? And the save was impressive tho,’ ESPN radio host Geoff Schwartz wrote.

‘The combination of the confidence this guy thinking Lebron would high five him with his recovery is phenomenal,’ another user wrote.

‘Man went from asking Lebron for a high five to being Tiger Woods after a 10 yard putt,’ another user wrote.

Some Twitter users said they too have experienced similar moments where they have been left hanging.

‘We have all been this guy at one point of our lives,’ another user said.

‘I don’t know how many times I have done this in real life…with people not even close in coolness to @KingJames …Lebron, please find this man and give him the high five he deserves!’

James led his team to a score of 105, beating out the Pacers by just four points in game 7 of the first round of the NBA playoffs. 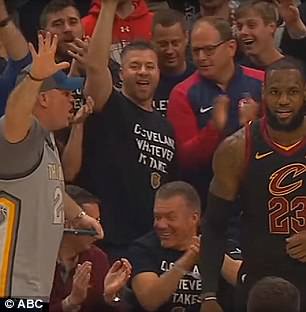 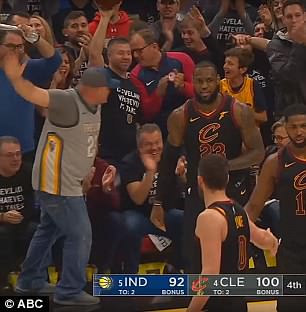 The wind up:  Upon seeing James walk away, the fan saved his rejected hand hanging in the air by swinging it back for a fist pump 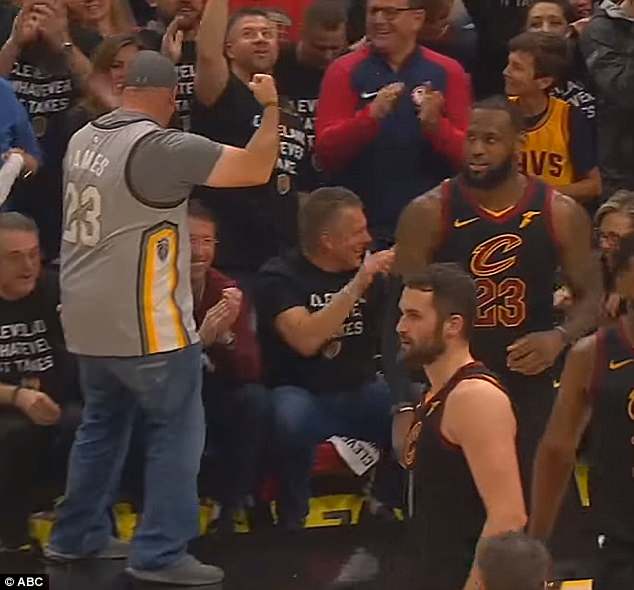 The fan then brought in his arm for a Tiger Woods-like fist pump, cheering while facing the crowd, as James headed back to the court 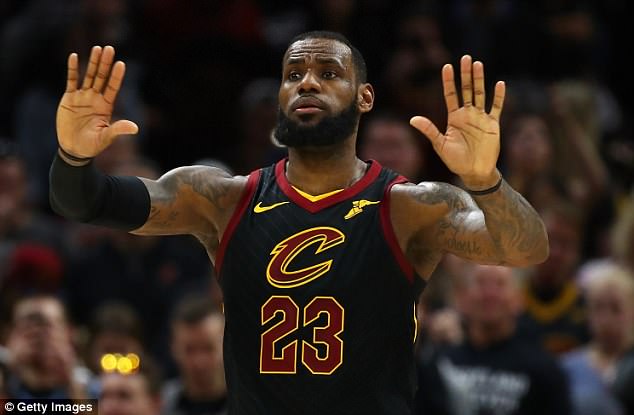 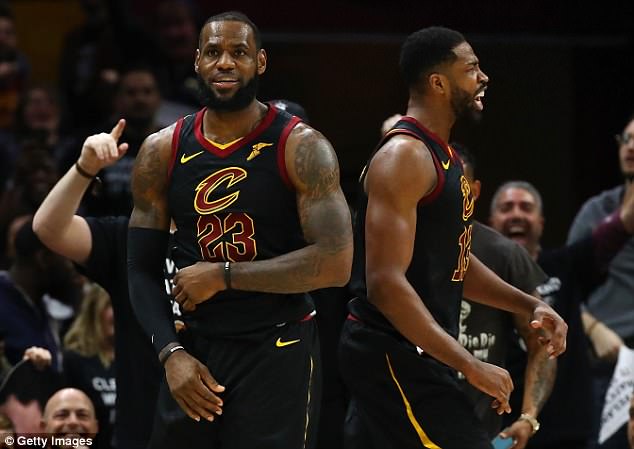 He scored his 45 points in just 43 minutes, leaving him ‘burnt’ out.

‘I’m burnt right now. I’m not thinking about Toronto right now until [Monday]. I’m ready to go home. Can we? I’m tired. I want to go home,’ he said after the game according to ESPN.

Teammate Kyle Korver said James’ has been ‘just unbelievable’ for the past few games.

‘I don’t think he’s appreciated enough for just how much energy he puts into every single game to do what he does,’ he said.

Thompson took to Instagram to gush about the game saying: ‘What an atmosphere in the Q!!! Great win #OnToTheNextOne’.

However he was mercilessly trolled in the comments by Khloe Kardashian fans after he broke his silence on social media for the first time since his cheating scandal.

Trolls threw jabs at the basketball star saying: ‘Try winning Khloé back instead of winning the games’.

Other harsh users said ”Yh onto the next girl’; ‘booom onto the next one for Tristan’; ‘You’re better at playing women then you are at basketball’.

‘No one will any kind of moral conscience cares about your sport victories. How you treat others says most about you. Shame on you @realtristan13,’ another Instagram user said.