‘What a difference a shave makes!’ EastEnders fans claim Vinny Panesar is being played by a ‘different actor’ after he returns with no beard and a new hairstyle

An EastEnders fan account was forced to clear things up on Wednesday morning after fans of the returning show claimed screen character Vinny Panesar was being played by a different actor.

Viewers of the long-running BBC soap had settled down to watch as the aspiring DJ, played by Shiv Jalota, return with the rest of the cast on Tuesday evening after a production delay caused by COVID-19 resulted in the show going off air for the first time in its 35-year history.

But the traditionally bearded character’s clean-shaven appearance and newly coiffed hairstyle had some doing a double take at the TV, with a minority of fans incorrectly claiming a different actor had stepped in to fill the role.

Awkward: An EastEnders fan account was forced to clear things up on Wednesday after fans of the returning show incorrectly claimed Vinny Panesar was being played by a different actor

Taking to Twitter, one bemused viewer wrote: ‘Wait, who’s that? Is that a new Vinny?’

While a second added: ‘Can someone tell me if thats the same vinny in eastenders,’ [sic]

Responding to the obvious mistake, EastEnders fan account Walford East later tweeted: ‘We’ve had so many messages about Vinny Panesar over the last 24 hours. 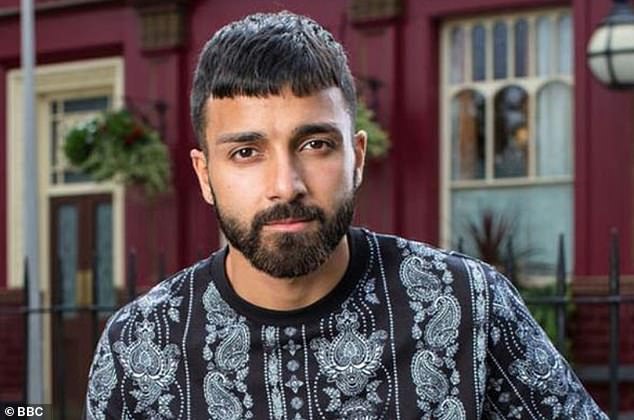 The usual look: Vinny had a cropped haircut and a full beard before lockdown

Confused: Fans were left bemused after he returned with no facial hair and a new hairstyle

‘Just to confirm, Vinny is still played by @jalotashiv, he’s just had a shave and changed his hairstyle!’

The clarification prompted a series of posts, with one previously perplexed fan writing: ‘I was so convinced that the actor had changed, crazy hahaha.’

Another admitted she had been adamant that a different actor had filled Jalota’s shoes, writing: ‘I was genuinely saying yesterday thats not @jalotashiv and they’ve changed the actors.’ 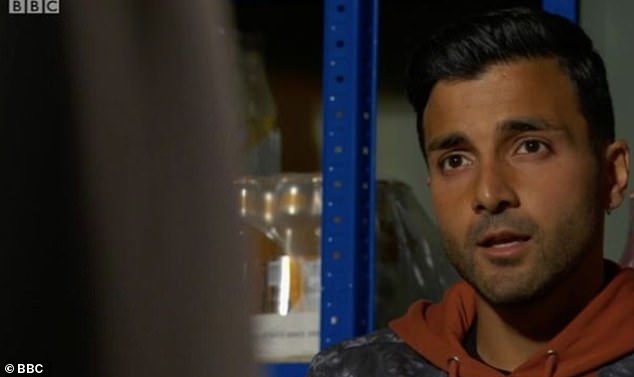 All change: Vinny’s smarter look had many believing a different actor had stepped in Shiv Jalota’s shoes

Reflecting on his notably different appearance, a third wrote: ‘Gosh what a difference a shave makes.’

EastEnders has made its long-awaited return to screens after being forced to take a three-month break due to the COVID-19 pandemic.

The show picks up many weeks later and will show how the residents of Albert Square coped with being holed up in lockdown.

Executive producer Jon Sen revealed bosses had to ‘cheat’ the social distancing rules with protective screens and have even drafted in the help of stars’ real-life partners as body doubles for intimate scenes. 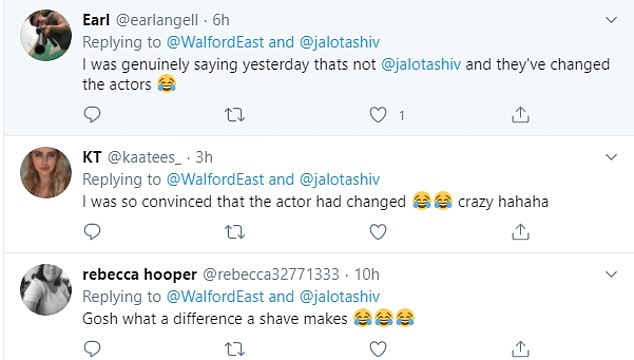 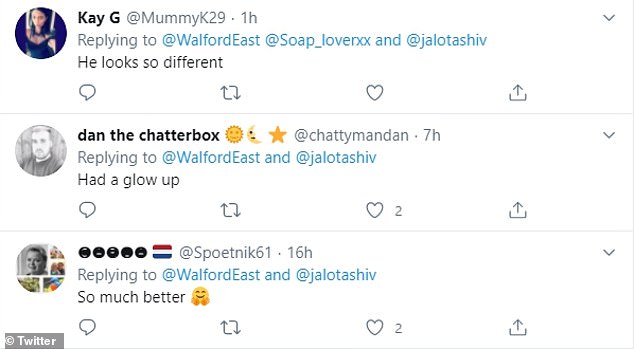 Speaking to MailOnline at the soap’s virtual launch, Jon explained that like many other soaps they’ve used clever camera methods to hide the two metre distance between cast members.

But he also revealed that they’ve used perspex screens between stars to continue filming passionate kiss scenes, and have even used some of the cast’s real-life partners as body doubles.

He said: ‘When we came back we had to devise methods where we could cheat the distance, it’s very odd shooting like this, never before in TV history have we made drama in this way, certainly we were forced to work with this 2 metre rule.’