Roberto Firmino is one of the most confident footballers around but even he was left embarrassed after a dreadful penalty miss on Thursday night.

The Liverpool forward was playing for Brazil at the Copa America and was called upon to take a spot-kick after their quarter-final with Paraguay ended 0-0 and had to be decided by a shootout.

Firmino fluffed his lines when he sent an awful penalty wide. 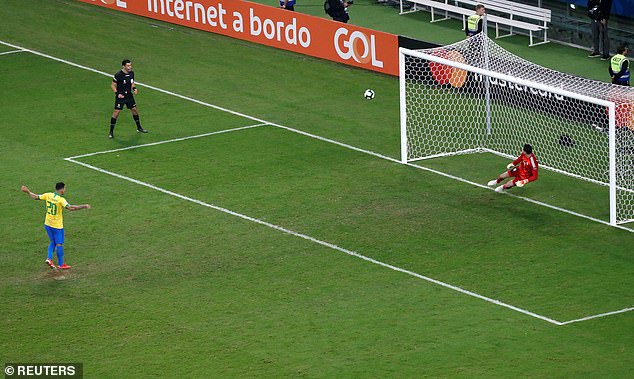 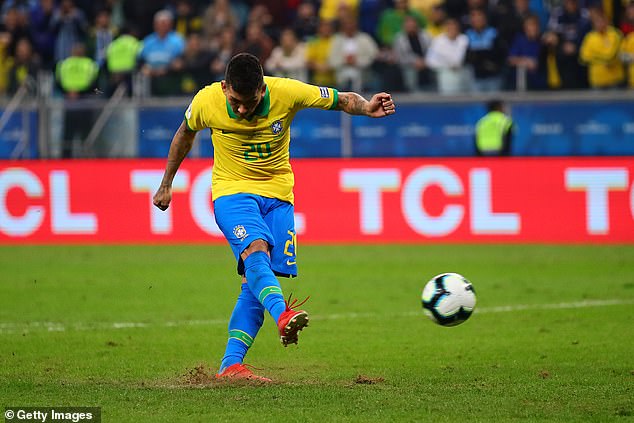 But despite Brazil making it through, Firmino found himself the subject of mockery.

Firmino scored three no-look goals for Liverpool last season, turning his head away from the ball before shooting. And this cocky manoeuvre was used as a stick to beat him with on social media. 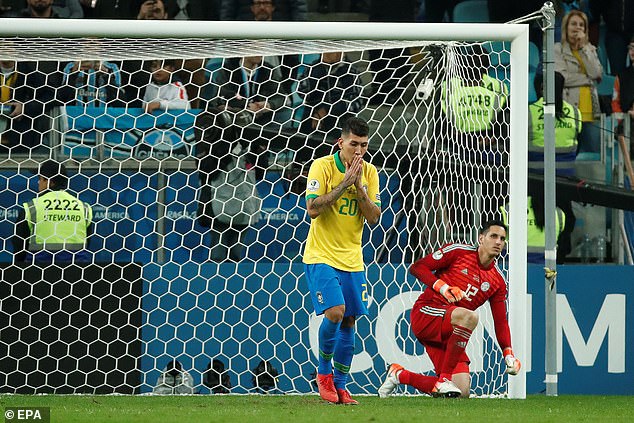 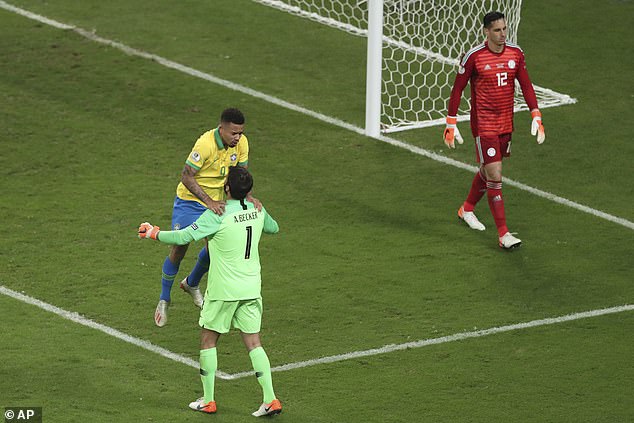 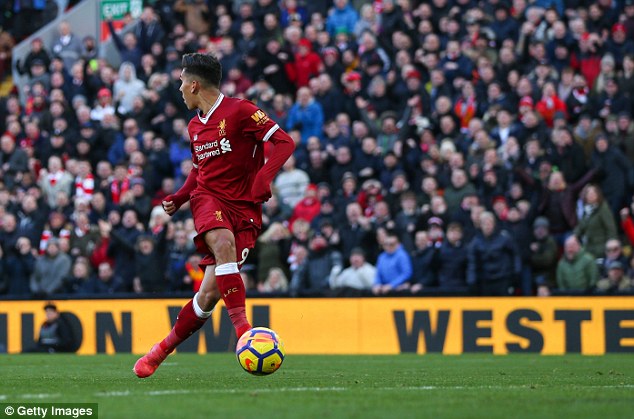 Meanwhile, a City fan remarked: ‘Firmino with one of the worst penalties ever!’

Some Liverpool fans even saw the funny side, with one writing: ‘Firmino with a no look penalty miss. BALLER!!!’

Firmino with a no look penalty miss. BALLER!!! ???