Mahalia Barnes has been praised for displaying the Aboriginal flag on her cheek while performing at the AFL Grand Final on Saturday.

The singer, 36, gave a powerful vocal performance at the Melbourne Cricket Ground prior to the Grand Final commencing.

And while she wowed the crowd with her performance of the national anthem, it was her ode to Australia’s Indigenous people which attracted plenty of attention.

‘Respect’: Fans praise Mahalia Barnes as she proudly displays an Aboriginal flag on her cheek while singing the national anthem at the AFL Grand Final in Melbourne

‘Mahalia Barnes and backing singers proudly displaying Aboriginal flags,’ one Twitter user wrote, adding a snap of Mahalia belting out the song with the flag appearing to have been painted on.

Another went as far as calling the singer a ‘real patriot.’

‘Awesome to have Jimmy Barnes, Mahalia Barnes wearing the Aboriginal flag with great pride at the AFLGF,’ they wrote.

‘They are real patriots.’ 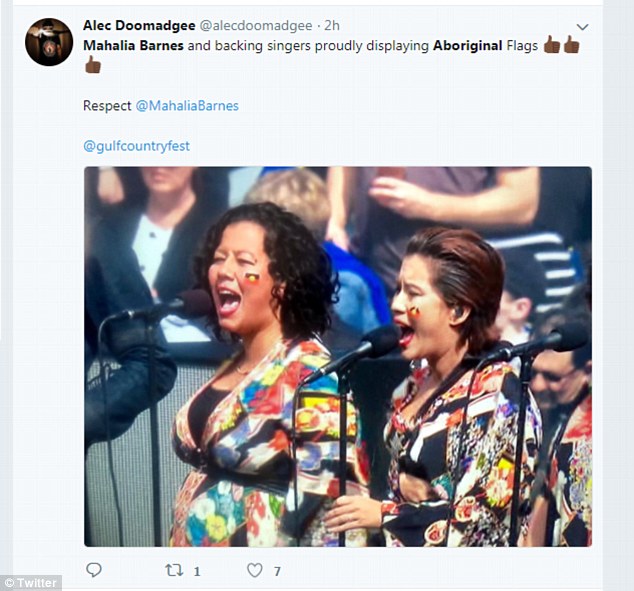 Thumbs up! A number of Twitter users praised the singer

‘Awesome’: Another went as far as calling the singer a ‘real patriot’

Mahalia has previously spoken about her own experience with racism in the past, telling Yahoo Be in March that it’s important to celebrate multiculturalism in Australia.

The singer, who comes from a mixed-race background, was candid with her remarks.

‘I’m Thai, Scottish, Australian and part Chinese, and I’ve been told that because I’m married to a white Australian, I’m participating in white genocide,’ she said.

‘It’s a long game really but I’m here to slowly breed out all white people apparently,’ she added sarcastically.

The daughter of Australian rock star Jimmy Barnes drew upon how easily racism can spread via social media platforms. 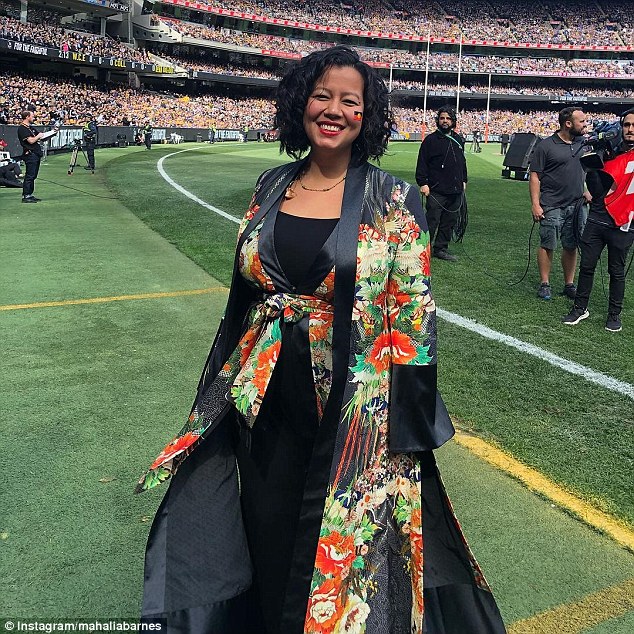 ‘Social media can be a really ugly thing as well as an amazing tool’: The singer has spoken out about racism previously, saying it was important to see diversity on TV

‘Social media can be a really ugly thing as well as an amazing tool,’ she said, referring to racism.

However, she did applaud television for it’s diversity. 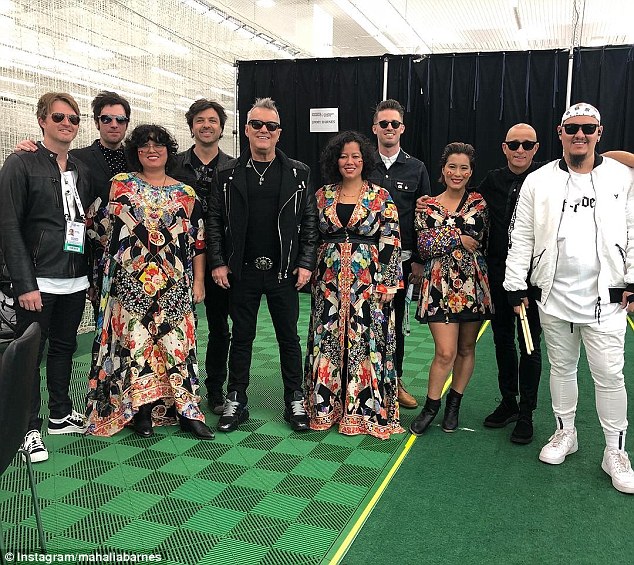 Duo! At the grand final, Mahalia and her father Jimmy Barnes both performed at the event

In 2015, Indigenous player Adam Goodes was jeered by fans, who appeared to be offended by his ‘imaginary spear throwing’ during the game.

Meanwhile last year, during the postal vote on same-sex marriage, the AFL courted controversy when it openly supported the ‘yes’ vote. 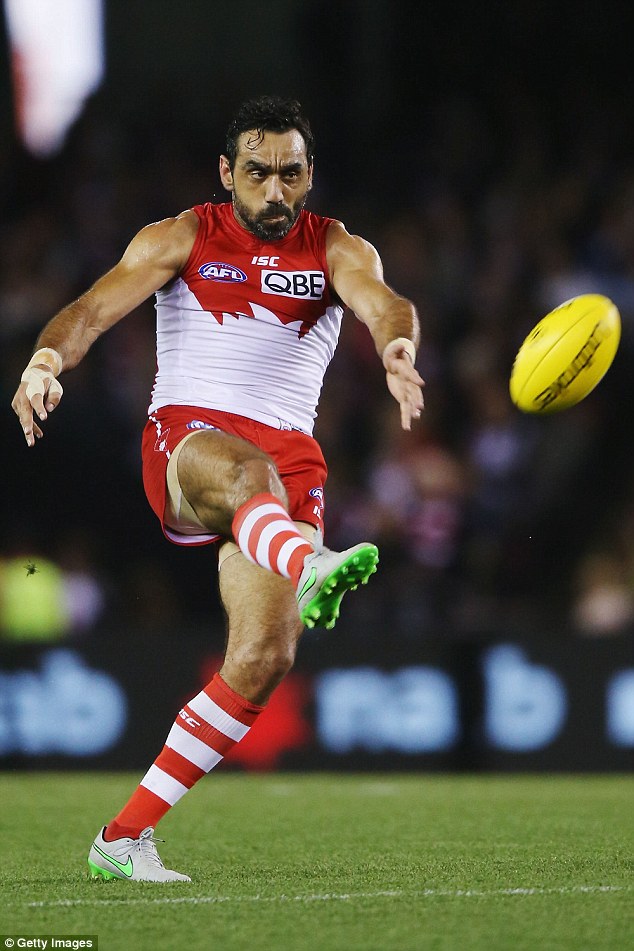 Controversial: The AFL has been at the centre of a number of issues. In 2015, Indigenous player Adam Goodes (pictured) was jeered by fans, who appeared to be offended by his ‘imaginary spear throwing’ during the game