The extraordinary irony of Rugby Australia seeking to ban loose fan for FIVE YEARS because he called Eddie Jones a ‘traitor’ – as Aussie fans slam the decision: ‘The most incredible overreaction’

Rugby Australia has been condemned for seeking to ban a Channel Nine executive from attending games for five years after he was caught on camera calling England Test coach Eddie Jones a ‘traitor’ in a fiery clash on Saturday night.

Wallabies fan James Paton yelled, ‘You’re a traitor!’ at Jones as he walked hear the sideline immediately after England’s win at the SCG.

The former coach of the Australian national team returned fire, saying, ‘What did you say? What did you say? Come here and say it,’ as he walked straight at Paton while an official tried to hold him back. 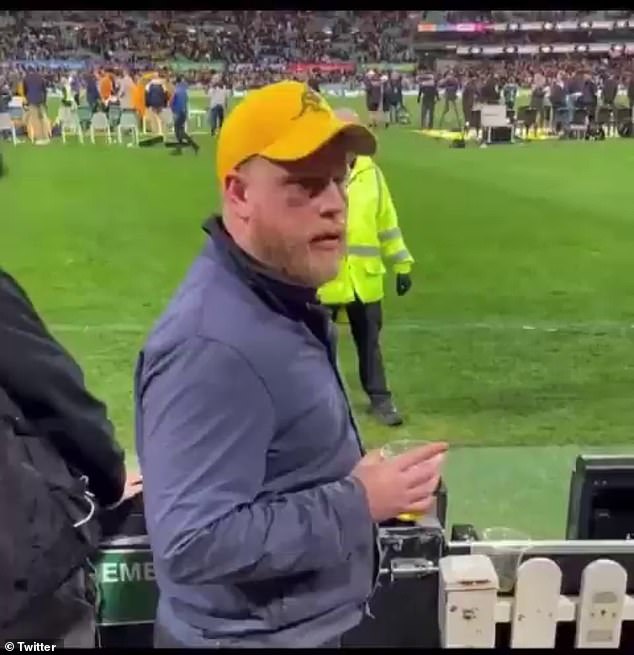 The Channel Nine executive is now facing a five-year ban from Wallabies matches, with the penalty labelled ‘killing a mosquito with a jackhammer’

Rugby Australia wants to ban Paton from all Wallabies games – and possibly all rugby games – for five years, according to The Australian.

‘We had approximately 140,000 through the gates (for the England series) who were impeccably well behaved and had a great time. Roughly three people misbehaved at the final Test and we will take a hard line in dealing with them,’ Rugby Australia chairman Hamish McLennan told the publication.

The absurd move was quickly slammed by fans and pundits.

‘Rugby Australia is walking down a very rocky road if it starts handing out five-year bans to supporters who use inflammatory language,’ 2GB’s Ben Fordham said on Wednesday morning.

‘The punishment doesn’t fit the crime, you’re killing the mosquito with a jackhammer.’

‘For what he said, if that is five years, I’d hate to think what he would have got if he called a referee a cheat,’ Clark said.

‘It’s absolutely over the top.’ 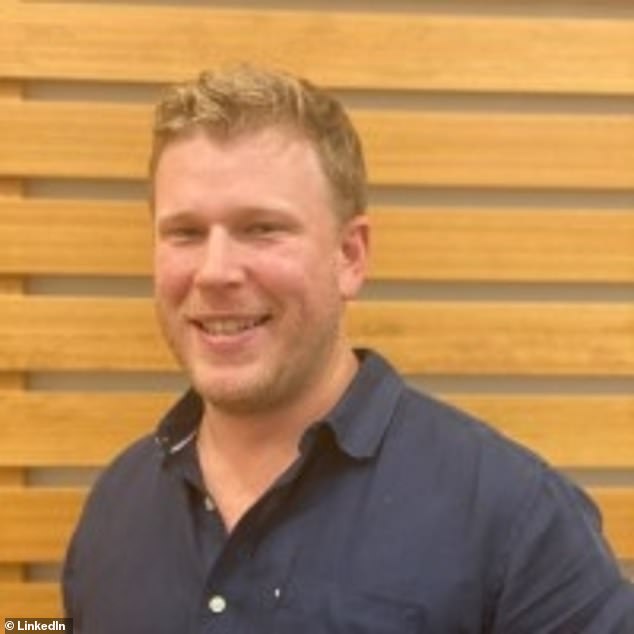 Rugby fans were quick to join the pile-on.

‘This is the most incredible overreaction by Rugby Australia,’ Nicky Williamson tweeted.

‘Irrational. Knee-jerk. Who are they trying to appease?’ wrote another fan on Twitter.

To put the five-year ban in perspective, the NRL rubbed a spectator out for two years in April 2021 for getting into a fist fight at a game on Easter Monday.

The league also threatened to ban a fan who beat another spectator to the ground during the Magic Round at Brisbane’s Suncorp Stadium in May.

Paton didn’t even swear during his confrontation with Jones at the SCG – and the irony is the ground features a statue made to commemorate a fan who became famous for sledging English players and officials during cricket and rugby league matches. 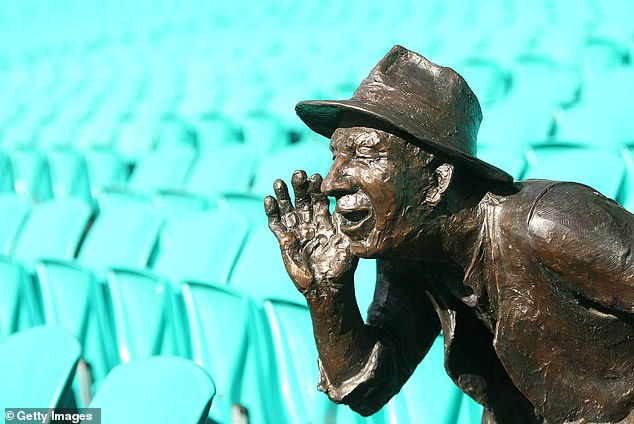 Ironically, the SCG features a statue commemorating a spectator who was famous for sledging English players and officials when they faced Australia: Stephen ‘Yabba’ Gascoigne (pictured)

Stephen Gascoigne, better known by his nickname ‘Yabba’, specialised in witty heckling from his spot on The Hill until his death in 1942.

He famously told an English cricketer, ‘I wish you were a statue and I was a pigeon!’ and told hated Bodyline captain Douglas Jardine, ‘Leave our flies alone, Jardine. They’re the only friends you’ve got here.’

There’s a statue of him in the middle of the seating where the grassy Hill used to be, featuring him yelling one of his insults with his hands cupped to his mouth.

Had he been caught on camera doing the same thing during Saturday night’s Test match, there’s every chance he would be joining Paton in copping an absurd ban from rugby’s governing body.