‘The WORST pitch a World Cup final has been played on!’: Fans slate Lusail Stadium pitch as bobbles and relaid artificial grass cause issues for players during Argentina vs France

World Cup fans have slated the quality of the pitch at the Lusail Stadium in Qatar amid the final of the tournament.

Reigning champions France took on Argentina on Sunday in the competition’s conclusion, with the South American side going 2-0 up early through a Lionel Messi penalty and a goal from Angel di Maria.

The pitch proved the be bobbly and uneven, with the turf relaid with six meters of artificial grass at one end of the pitch in the goal France captain Hugo Lloris was protecting in the first half. 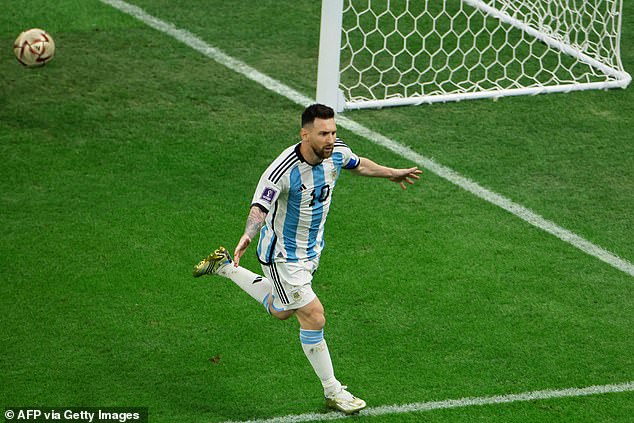 Emi Martinez’ goal was too cut up, but no turf was relayed.

Di Maria fired a good chance over in the opening moments of the game as he approached a cross on the edge of the box.

The ball however bobbled up at the wrong moment, and he ended up blazing his effort high over the crossbar, spurning a good opportunity.

‘This has to be the worse pitch a World Cup final has been played on its so bad’, one Twitter user said.

‘I’ve eaten flakes that don’t come apart as easily as this pitch’, added another. 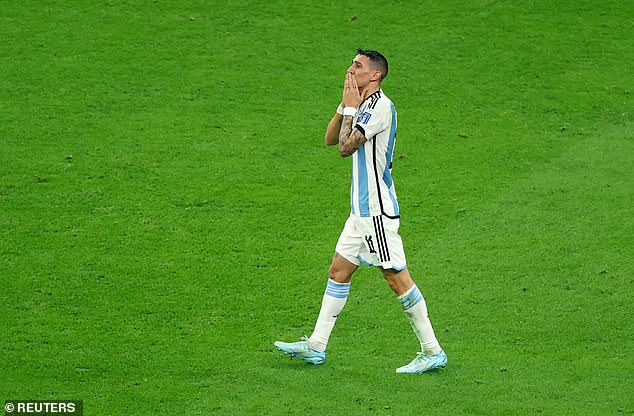 Via The Athletic, a special kind of seed, grown in he United States, was flown in via climate-controlled aircraft to lay pitches at the tournament due to the difficulty of growing grass in Qatar.

20 groundspeople have worked on each pitch, though it has been suggested that the air-conditioning has had an impact on the plant in stadiums.

One eagle-eyed fan picked up on the bobble of the pitch in Lusail, branding it ‘bobble city’ as it continued to disappoint.

Many would expect the surface for the biggest competition on the world’s biggest stage to be perfect, but it was much the opposite as officials were seemingly left scraping the barrel. 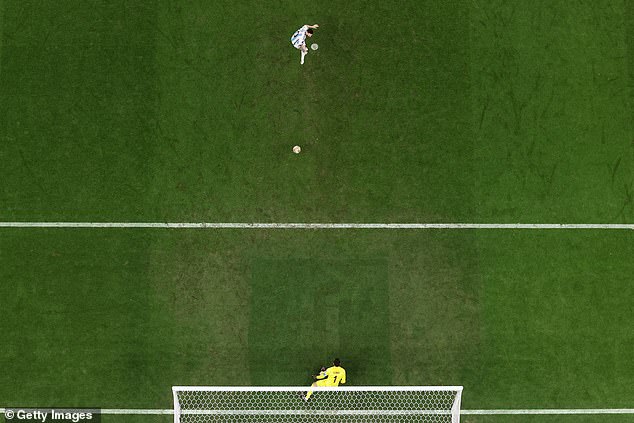 The field was evidently warn down due to games throughout the tournament, leaving fans disappointed watching around the world.

‘State of the pitch for a world cup final is shocking’, said one user.

‘The pitch for a World Cup final is absolutely dog awful’, added another.

One set of supporters not complaining however were Argentina fans, who would have been ecstatic with their side’s performance heading into the half time break.