‘OMG, is that Mrs Masood?’ Fans go wild as they spot EastEnders matriarch played by Nina Wadia in top Netflix series The Sandman – as she takes on role of creepy Fate Mother

It’s Netflix’s number one ranked series since its release on August 5 – and US fantasy drama series, The Sandman, is based on the 1989–1996 comic book written by Neil Gaiman and published by DC Comics.

It tells the story of Morpheus — the King of Dreams — who after years of imprisonment, embarks on a journey across worlds to find what was stolen from him and restore his power.

And while it stars huge stars such as Tom Sturridge, Stephen Fry, Charles Dance, Boyd Holbrook, Patton Oswald and David Thewlis, fans were shocked to spot EastEnders star Nina Wadia, too, taking on the role of the creepy Fate Mother.

‘OMG, is that Mrs Masood?’ Fans have gone wild  after spotting EastEnders matriarch in top Netflix series The Sandman, (left)  – as she takes on the role of the creepy Fate Mother

Fans said: ‘It’s so wild to think that she was in EastEnders and now in The Sandman.’

‘OMG Zainab from EastEnders is in The Sandman.’

‘Zainab Masood in The Sandman is iconic.’

‘Goodness Gaiman Me! @TVSanjeev AND @Nina_Wadia in #Sandman! My face doesn’t feel quite big enough for this smile!’ 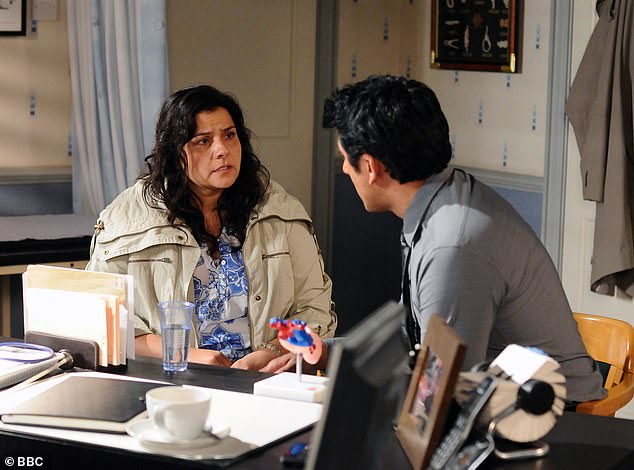 There she is! Nina, 53, famously played matriarch Zainab Masood in EastEnders from July 2007. She quit in 2012 and her final scenes aired in February 2013 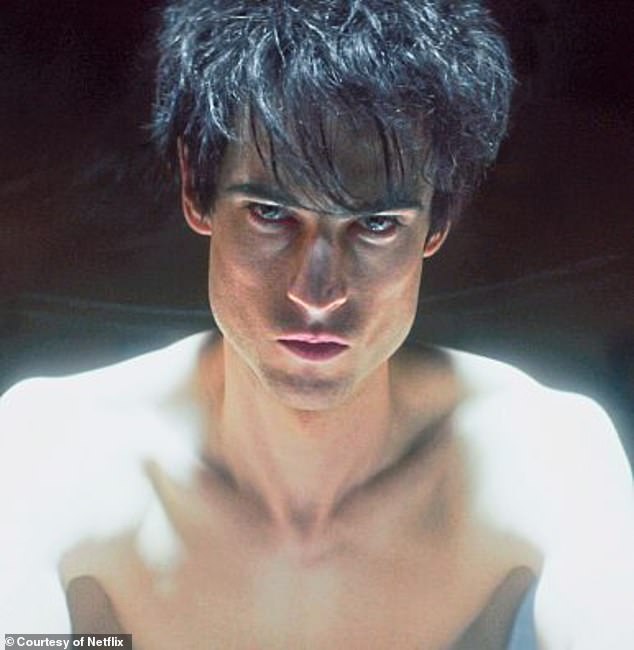 Lead: She stars alongside Tom Sturridge, pictured, who pays Morpheus — the King of Dreams — who after years of imprisonment, embarks on a journey across worlds to find what was stolen from him and restore his power, (pictured)

Nina, 53, famously played matriarch Zainab Masood in EastEnders from July 2007. She quit in 2012 and her final scenes aired in February 2013.

Her character was set on fire by her family on the show after she had an affair with Masood Ahmed, while married to Yusef Khan.

Masood rescued her and she divorced her husband to marry him and they had three children, Syed, Shabnam and Tamwar.

Nina has gone onto enjoy great success since her departure from EastEnders, appearing in Strictly Come Dancing in 2021.

She’s come a long way from Walford! Viewers couldn’t believe their eyes when they saw Nina in the big budget series

She then starred in several TV series including Newark, Newark, The Outlaws and The Stranger In Our Bed.

Nina spoke about her latest role on The Sandman, telling The Express last month  that her costume left her feeling in pain.

She said: ‘I had a big wig on, and it hurt. It was like carrying another human being on my head.

‘I don’t like when I have to wear a lot of wigs or prosthetics, they take a lot of getting used to and having to perform in them is a bit harder but quite an experience.’ 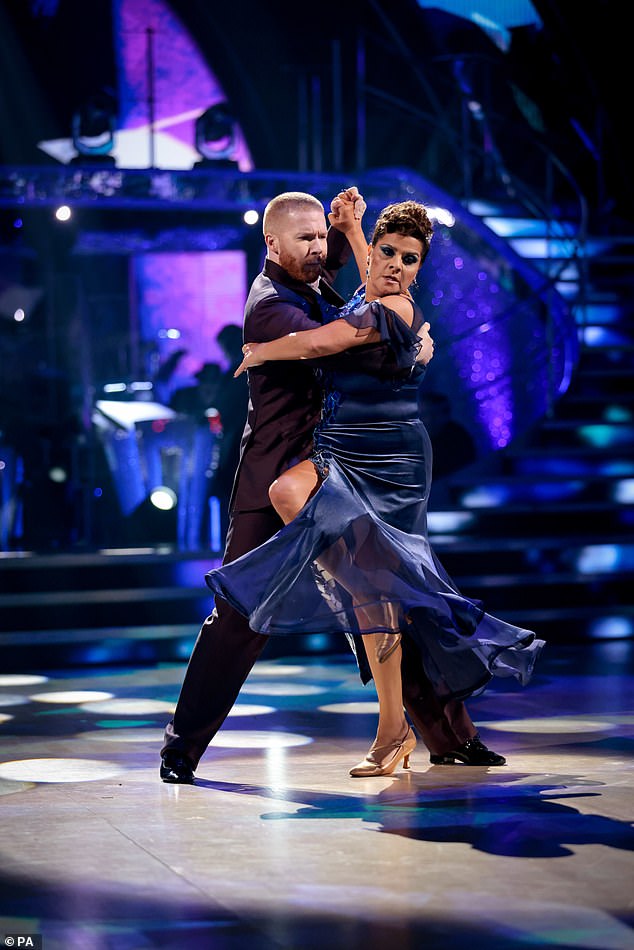 Star is rising: Nina appeared on the 2021 series of Strictly Come Dancing