‘Best defender they said’: Fans think ‘scared’ Virgil van Dijk had to call Andy Robertson over to help him out against Lionel Messi in Barcelona defeat

Fans on social media have claimed that Virgil van Dijk was ‘scared’ and desperate for help when marking Lionel Messi on Wednesday night.

The PFA Players’ Player of the Year was seen beckoning over his team-mates while the Argentine had possession on the wing during the first half.

Several Twitter users took the chance to mock Van Dijk by pointing out his appeal for help to Andy Robertson in a bid to nullify Messi’s impact. 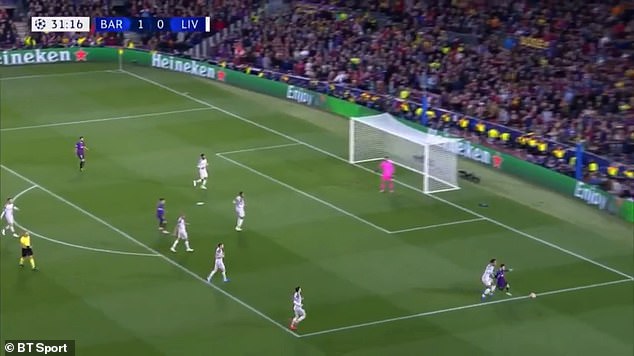 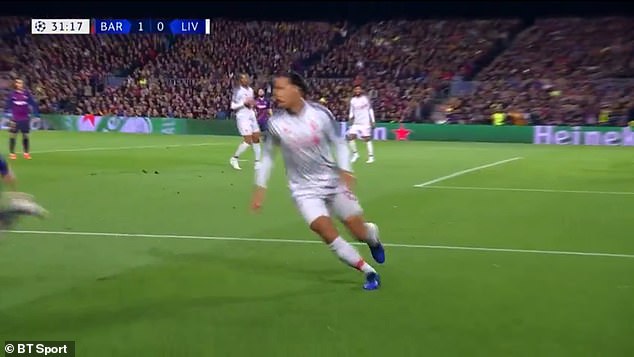 Caught out of position, Van Dijk continues to track Messi who had possession of the ball

One user outlandishly claimed that the Dutchman was ‘so scared’ of Messi that he needed Robertson for assistance.

Another laughed: ‘The only thing Van Dijk did well tonight is the moment when he called help from Robertson to not make a fool of himself by marking Messi.’

Others rubbished claims that the centre back would ‘pocket’ Messi during their encounter at the Nou Camp. 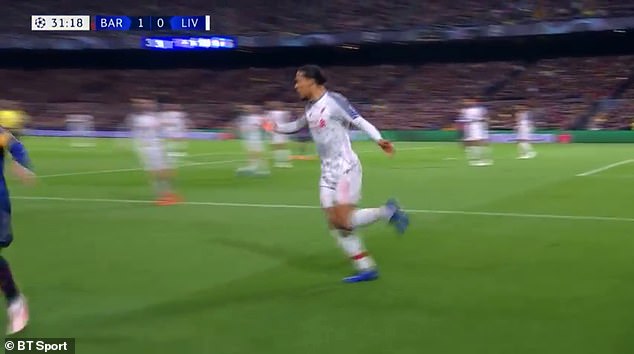 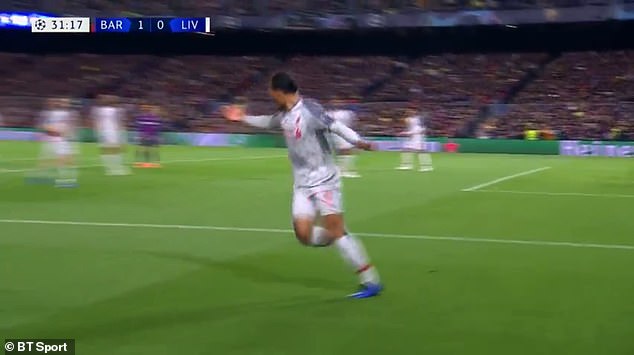 While the footage shows Van Dijk waving over his team-mates, it was more simply that the 27-year-old was sorting out his defence having been caught out of position defending the Argentine.

While Jurgen Klopp praised his side for their efforts, Arsene Wenger believes Van Dijk was at fault for Barcelona’s first goal which was scored by Luis Suarez.

‘When they go in the final third, they are quality Barcelona,’ Wenger told beINsports. ‘You’ve seen the goal – one chance, one goal.

‘It is very interesting because Van Dijk covers but he should go with Suarez to cover that ball.

‘Especially from a central defender with that quality, he lets him go. From the start, his position is not bad but he refuses to respond.’

Messi would go on to score a second-half brace in the emphatic 3-0 win over Klopp’s side.

Messi scored his 599th and 600th goal for the Catalan giants to give them a huge advantage going into next week’s second leg at Anfield.