Fantastist ‘Nick’ wrote ‘memoir of abuse’ in which he claimed VIP sex ring tortured him with wasps and spiders, court hears

By Stephen Wright Associate News Editor For The Daily Mail

The former nurse accused of lying about a VIP child sex ring wrote a memoir, saying his abusers tortured him with spiders, wasps and electric shocks, a court heard yesterday.

Carl Beech, 51, revealed in the book how he was subjected to horrific attacks by a gang he called ‘The Group’.

The vicar’s son began writing the 34-chapter book – Too Many Secrets: Surviving a Child Sex Ring, under the pen-name Charles Chassereau – in 2013, a year before he went to the Metropolitan Police with his allegations of child sex and serial murder against an Establishment paedophile ring.

Carl Beech, 51, revealed in a memoir how he was subjected to horrific attacks by a gang he called ‘The Group’

The Met spent £2 million and 16 months investigating Beech’s claims, which it initially described as being ‘credible and true’, before the inquiry was closed without any arrests or charges in March 2016.

Beech, formerly known by the pseudonym ‘Nick’, is on trial at Newcastle Crown Court accused of 12 counts of perverting the course of justice and one count of fraud. He denies the charges. In extracts of his memoir read to court, he gave graphic details of alleged child sex abuse by his father.

The father-of-one also told how he and other boys were abused at Christmas parties and by senior military figures around the time of Remembrance Sundays. 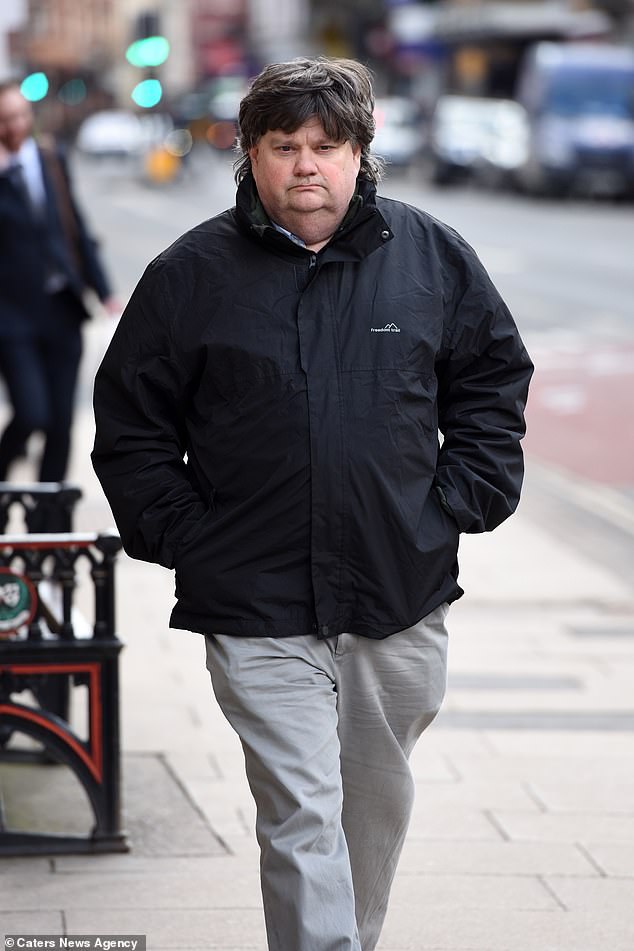 The Met spent £2 million and 16 months investigating Beech’s claims, which it initially described as being ‘credible and true’, before the inquiry was closed without any arrests or charges

Describing some of the torture he allegedly suffered, he said spiders were put on his ‘naked body’ and he would be hit if he moved. ‘With wasps, I would be locked into a room with little or no clothes,’ he said, adding that ‘very angry’ wasps were released.

He also said he would be stripped and put in an ‘under-stairs cupboard’ with an adder. ‘Panic would set in’ as he was bitten ‘multiple times’, which made him ill.

The court also heard evidence about similarities between his account of abuse and that contained in two books by American author Timmy Fielding, which Beech had read. In Fielding’s books, there were also references to a ring of paedophiles called ‘The Group’.

Jurors were also shown a Channel 5 documentary on Jimmy Savile, where Beech used the name ‘Stephen’ and claimed he was a victim of the disgraced TV presenter.