Farm worker, 24, hanged himself in his girlfriend’s dog kennel after watching Match of The Day

A young football fan described as being ‘happy’ and ‘full of life’ hanged himself in a dog kennel after a row with his girlfriend.

Jack McClintock, 24, was found dead at the back of his girlfriend’s cottage in November 2017, an inquest into his death heard.

The court was told how Jack – known as Jack Mack – enjoyed his final hours with his father.

Jack McClintock, 24, was described as a ‘happy’ young man

Jack was said to be in high spirits after his beloved team Everton won a football match.

The farm worker watched the Match of The Day highlights in the pub before getting a lift from his grandfather to see Maxine Harding, 31, in the village of Audlem, Cheshire.

However, the court heard the couple rowed at about 1am.

Jack was asked to leave the house but he returned with a bottle of whisky. Maxine told police Jack apologised repeatedly but tried to find the whisky again. At this point Maxine’s daughter, 5, woke up and Jack was ordered to leave.

Miss Harding told officers she assumed he had gone home – or to a friend’s house.

In the morning, his body was discovered. 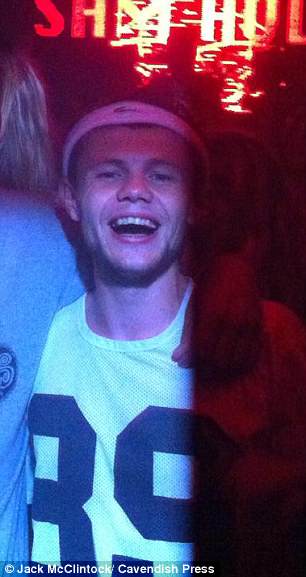 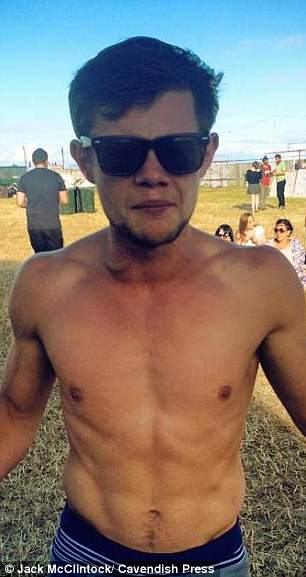 Jack McClintock, 24, took his own life but did not leave a note and had no history of depression

Jack met girlfriend Maxine after an ‘amicable break up’ with another girl. But his family had not had much contact with Maxine, and believed it was a ‘volatile’ relationship.

His father added: ‘From what I could understand their relationship was quite argumentative, I could hear them on the phone.

‘She had a child and he loved Maxine in his own way and loved her child. I think he wanted to keep us out of it. He told me often that I was more than just his Dad, I was his best friend. He was outgoing and overly positive.. He never self harmed and never seemed to have anything to worry about.

‘If ever he drank spirits he would become sad, angry and emotional. I didn’t like him drinking spirits as it never had a good effect on him. The last time I saw Jack was November 29. He came home after tea we then went to the pub and had a few pints, nothing over the top.

‘Everton were playing and had won so we watched Match Of The Day on somebody’s phone then came home and watch the highlights sat on the couch together.. He was in a very good mood.

‘I’ve gone over it time, time and time again. He was a bit drunk but he was in good spirits. Whatever was said in the argument the alcohol must have amplified how he was feeling. He must have put the rope deliberately around his neck but there’s no evidence he intended or planned to do this. I believe this was a spur of the moment.’ 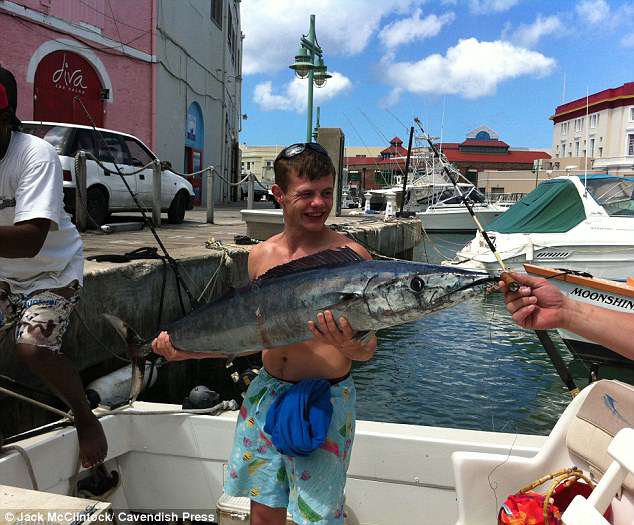 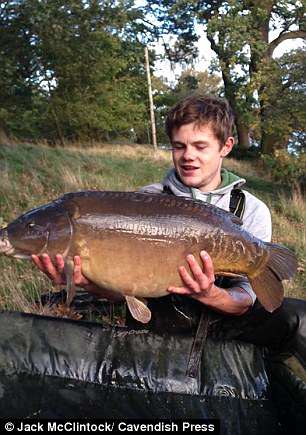 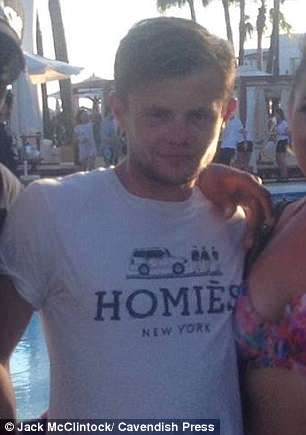 Jack McClintock’s death has been ruled as ‘accidental’ by a coroner in Crewe after an inquest into his death in November, 2017

The inquest in Crewe heard Jack had not left a note, nor did he have a history of depression. His family believe the tragedy was a ‘spur of the moment’ event.

His father Andrew McClintock said: ‘He was a normal, happy child and had very good physical and mental health. He wasn’t backwards in coming forwards. He played to a good standard with football and he was very popular with the team. He did incredibly well at school and left with 13 high level GCSE’s.. He was a bright young man.

‘He had an interest in engineering and enjoyed shooting and fishing more than anything else. He got his firearms licence at 18 and he was ecstatic. This was a big thing for him and he was quite proud.

‘He got a job at Hollin Green Farm as a herdsman and he loved it as it was outside and mucky.’

At an inquest, a coroner ruled Jack’s death last November as an accident.

Tests showed Jack had 139 microgrammes of alcohol per 100 millilitres of blood. The alcohol limit for drink driving is 80mg.

Recording a conclusion of accidental death, Assistant Coroner Adam Fullwood said: ‘Jack was a young man full of life. He was sociable and always lived his life to the full. He had a very happy, normal, childhood with a close knit family was a keen footballer and played to a high standard and he enjoyed fishing and shooting. 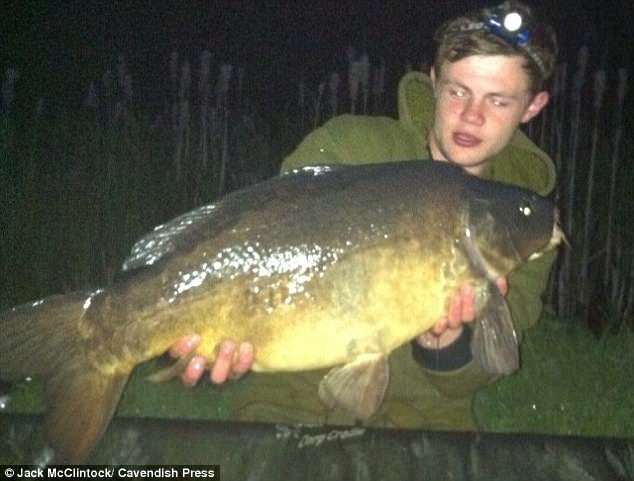 Jack’s relationship with his girlfriend has been described as ‘volatile’ but his family said he loved her daughter, aged five at the time of this death

‘He met Maxine who had a daughter and the family treated her as their own granddaughter. Their relationship was fragmented and the family couldn’t see the child as much, but Jack loved her. He had no mental health issues and never expressed any intention of taking his own life. He had no history of depression – he had solid family bonds and a good social life.

‘Wednesday 29th November was a regular day for Jack. He watched the football on his mobile phone in the pub, his favourite team, Everton, won and he was in good spirits with his family. He came home to watch Match Of The Day and

Miss Harding did not attend the inquest.