GRAPHIC CONTENT WARNING: Farmer who tried in vain to curb Australia’s worst ever mouse plague with a makeshift rodent-killing machine goes to new, brutal lengths to save his crops

A desperate Australian farmer has gone to extreme lengths for dealing with the mice plague over-running his farm.

Andrew, who is believed to be living on the east coast, projected thousands of mice out of his grain conveyor and into a roaring fire inside a 44-gallon drum.

He claimed mice infest the auger after its been used to pump grain into a silo – presumably to eat leftover grain – and then to try to nest in it.

A still from farmer Andrew’s TikTok video shows a mouse dropping from the grain conveyor into a barrel containing a fire. The video went viral with over 5 million views 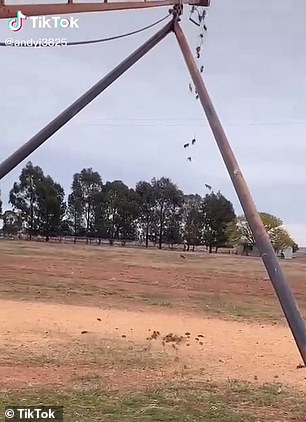 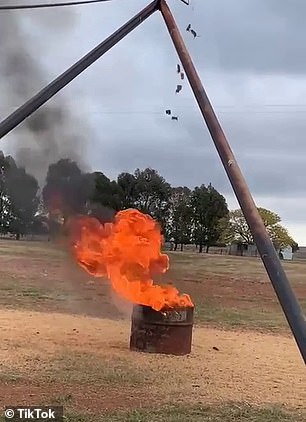 In one clip posted to TikTok by Andrew, mice are shown falling from a grain conveyor, having passed through an auger, onto the ground. But a more recent clip shows the mice drop from the same grain conveyor into a drum containing a roaring fire.

Andrew’s extreme method of eradicating them has drawn criticism online, after his post was shared on TikTok.

‘I don’t like mice but that’s messed up,’ one person wrote.

The farmer, Andrew, was unrepentant: ‘You’re messed up.’

‘That is wrong,’ a woman wrote.

‘Better than drowning them alive,’ Andrew wrote. ‘But most of them are dead because the auger chops them up.’

‘I’m not a vegan but seriously do you think maybe we shouldn’t burn them alive?’ Another person asked.

‘Ok how would you like me to do it?’ Andrew replied.

One man said he’d taken a screengrab because he expected TikTok to delete the video.

‘They already took it down and I appealed it and they put it back up,’ Andrew replied.

‘I think there’s several methods of removal,’ another man wrote. ‘Doing this is a demonstration of animal cruelty.’

Australia’s out-of-control mouse plague could last for up to two years if urgent action is not taken to kill millions of the rodents, a farmer’s association has warned. 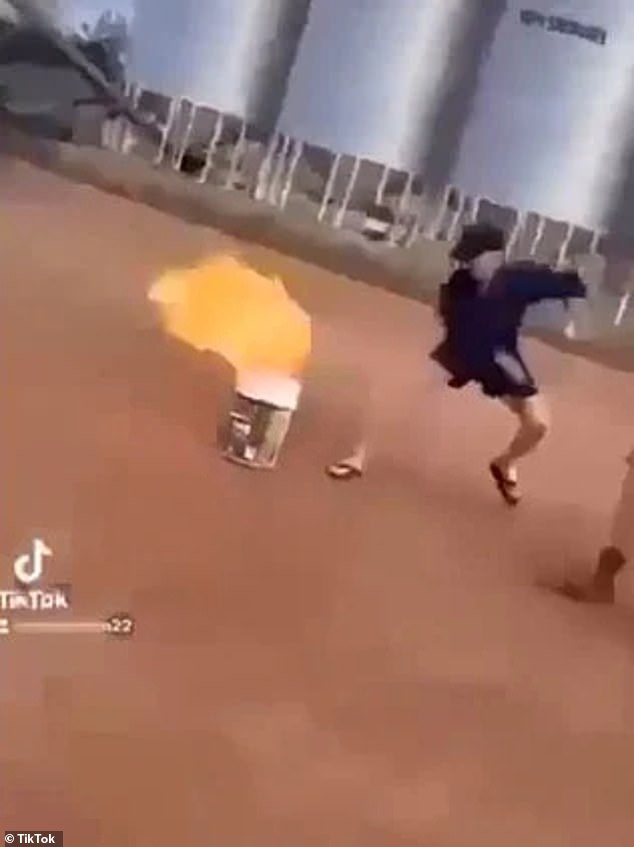 Xavier Martin, the vice president of NSW Farmers, said growers are now abandoning paddocks to the mouse hoard, fearing that crops sown there over the winter will be devoured before they can be harvested.

‘Without a concerted baiting effort in the next few weeks, this could easily turn into a two-year plague event,’ Mr Martin warned as the government revealed it is ready to hand out one of the world’s deadliest poisons for free, as soon as states approve it.

The chemical is called bromadiolone. 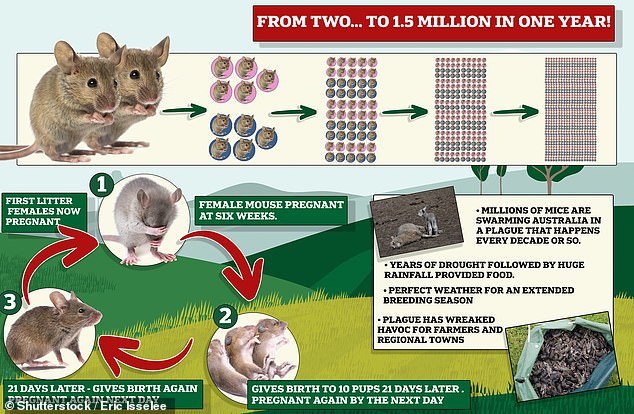 The shocking mathematics behind the lifecycle of mice is one of the main reasons the mouse plague inundating Australia’s eastern states is so terrifying.

Countless farmers have had crops destroyed, with some losing as much as $300,000 of stock.

The shocking mathematics behind the lifecycle of mice is one of the main reasons the mouse plague inundating Australia’s eastern states is so terrifying.

In only a few months, two mice can spawn a colony of hundreds of thousands – which in perfect conditions could even blow out to millions in just over a year.

The rampaging mouse plague is leading to increasingly desperate acts from farmers, although not all as sadistic as Andrew.

In late May, disturbing footage was posted to TikTok showing a group of men setting a bucket full of mice on fire.

In the video, the men from rural NSW light the bucket before it goes up in flames.