A farmer who built an extension to house his sick mother during lockdown has been ordered to take it down by Snowdonia park chiefs.

Alun Lewis, from Nasareth near Caernarfon, had plans in place to build an extension on his farmhouse.

The initial plan was approved in 2019 but then his 79-year-old mother fell ill after a stroke and was subsequently diagnosed with dementia.

As a result the farmer decided to alter the initial measurements and design of the extension to accommodate her.

But while the Snowdonia National Park Authority has given full consideration to Mr Lewis’s situation, they have ordered him to take down the extension after planning officers discovered it’s not in keeping with the original plans.

Mr Lewis said the farm has been in his family for three generations and he has managed it for 25 years.

He said: ‘We had approval for our initial planning application but then our circumstances changed.

‘My mum was in a vulnerable and fragile state, and with the Covid situation, it became apparent that not only would she need 24 hour care but that she would need to live with us sooner rather than later for her own safety.

‘I’ll admit that I had been reckless in this situation by making a bigger extension.

‘By the time they complained about the site, we had completed the extension and we were ready to move in my mum. 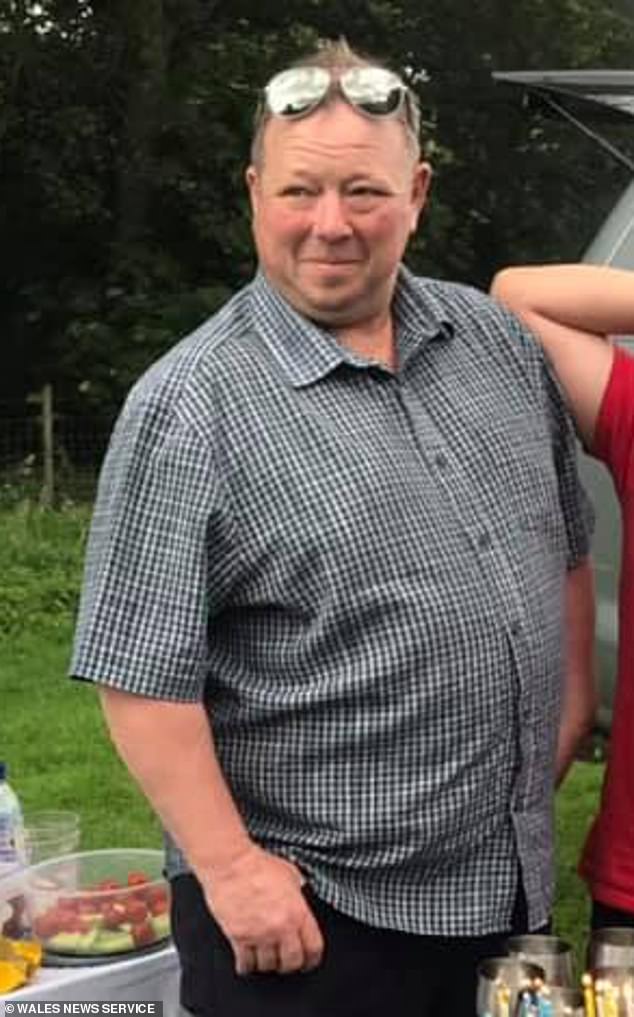 Father-of-five Alun Lewis, 54, wanted extra room at his farmhouse to look after his 79-year-old mother after she suffered a stroke but has now been told to tear down the £15,000 extension 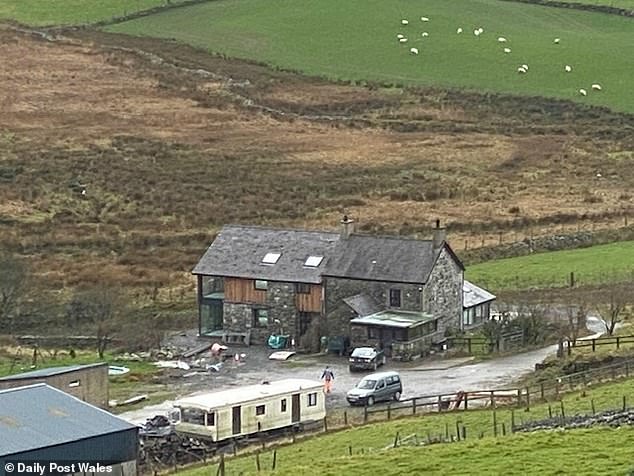 ‘I just don’t know what to do or think. I’m in a difficult situation – my wife is an NHS nurse, my mum is sick and I have five children living here.

‘All I want to do is protect my family during these challenging times.’

In response, the farmer revealed that the neighbouring community has been rallying behind him by signing petitions and sending letters to the national park authority urging them to change their minds.

One person who has supported Alun through this is Gwynedd county councillor for Clynnog, Owain Williams.

He said: ‘I’m not happy with this situation. I fully understand the complexity behind the planning and so does Alun.

‘He has even admitted where he has gone wrong here, but yet, can we blame a man for wanting to look after his family in the current situation that we live in?

‘Alun was pushed to a corner and had to prioritise his mum’s situation first and foremost. He needed to provide a safe and practical place for her.

‘Of course, he should have gone through those planning permission applications once again, but they take time, and Alun didn’t have the time. 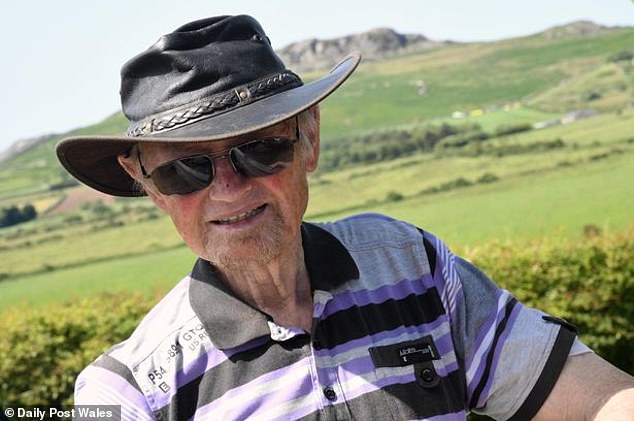 ‘Everyone is doing their bit to protect the people they love and Alun is no different. The park should take his side on this, not cause further grief.

‘If things get worse, we could lose a Welsh family from a Welsh community, and we all know where that could lead to – another house used as a second home.

‘This is how it all starts. No slogan or protest can help the situation, we need to take appropriate actions to protect this family.

‘I have declared my support to Alun by writing a letter to the national park authority. We fully understand that it is a complex issue but they must reconsider their response.’

However, Snowdonia National Park has insisted that the unauthorised extension to the property is significantly larger, does not comply with the policies of the development plan and must be addressed efficiently.

A spokesperson for the Snowdonia National Park said: ‘At a meeting of the SNPA’s Planning and Access Committee on Wednesday the 2nd of September 2020, members determined to refuse a retrospective planning application on an extension to a residential dwelling on the outskirts of the village of Nasareth.

‘Planning officers visited the site in February 2019 as building work was underway on an unauthorised extension to the property, which has now been completed.

‘Planning permission was granted in 2012 for a two-storey extension, however the extension that was constructed is significantly larger in scale, of a different design and is almost one and a half times more than the original dwelling.

‘Officers have communicated clearly and regularly with the applicant and the agent throughout.

‘Advice has been clear from the outset that the size and design of the extension did not comply with the policies of the development plan.

‘Mr Lewis was also informed whilst the site was under construction that the works were unauthorised. This advice was ignored. 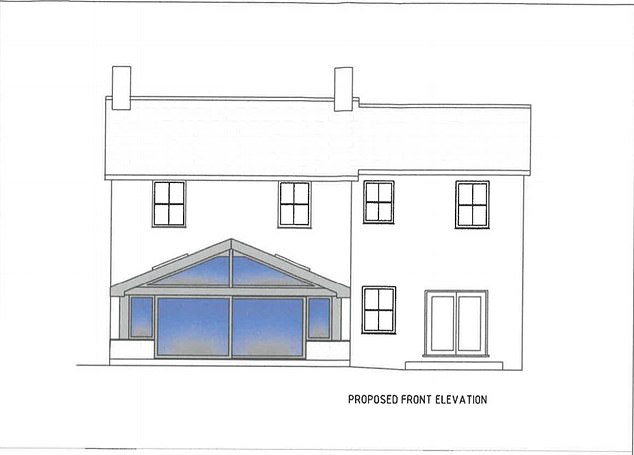 ‘Planning policies state that extensions must not have a footprint area greater than the original dwelling and for this reason, as well as the conclusion that the design of the extension is detrimental to the character of the original dwelling, planning officers were minded to refuse permission.

‘The authority gave full consideration to the personal circumstances of Mr Lewis’ family, and has no objection to the principle of providing an extension to achieve family and wider care needs, and are confident a suitably designed extension would be granted planning permission.

‘However, the circumstances were not considered to justify an extension at the size and of the design of the one that has been built.

‘Mr Lewis now has the right to appeal to the Planning Inspectorate on the refusal of the planning application.