Wool jackets, leather boots – and some rather strange headgear! Fascinating vintage images reveal what skiing was like more than 80 years ago

A fascinating collection of vintage photographs reveal what skiing was like more than 80 years ago – and what it was like is a world away from the present-day sport.

For thousands of years skiing was used as a way of getting from one snowy point to another, but in the 1920s and 1930s (when these pictures were taken) it became a popular winter leisure activity.

And instead of synthetic down-filled and insulated jackets, the in-vogue apparel was fashioned out of heavy wool – and the trousers were high-waisted.

When it came to safety, there was little in the way of protection. People didn’t generally wear goggles and the ski helmet wasn’t invented until the 1950s.

Scroll down to see skiing stripped back to its infancy… 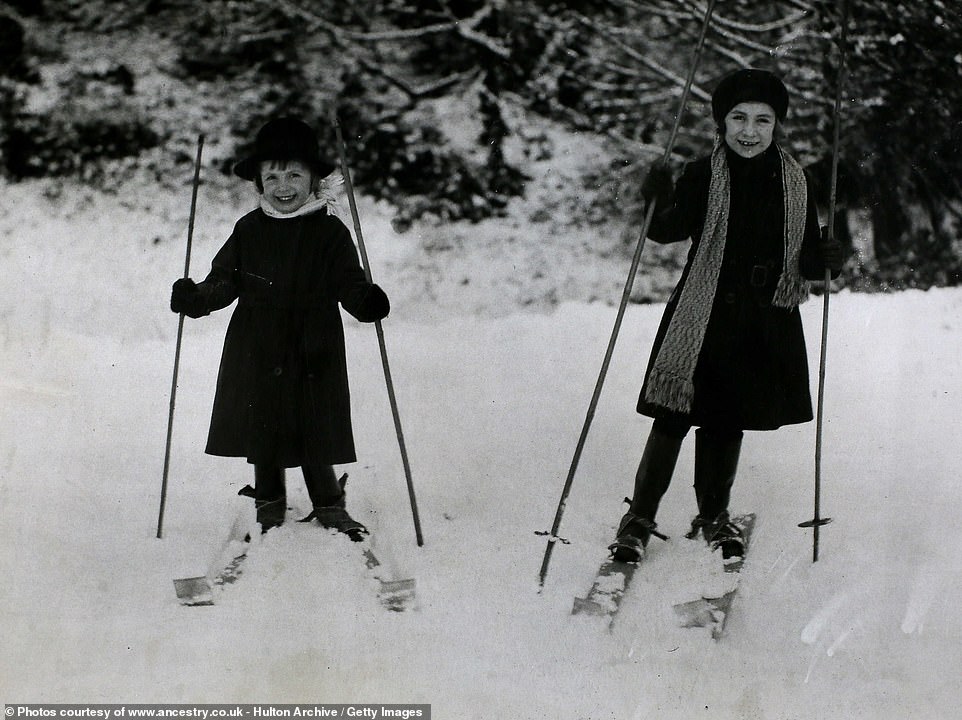 Armed with miniature homemade skis, two young girls were photographed as they navigated the snowy landscape in Hertfordshire, England 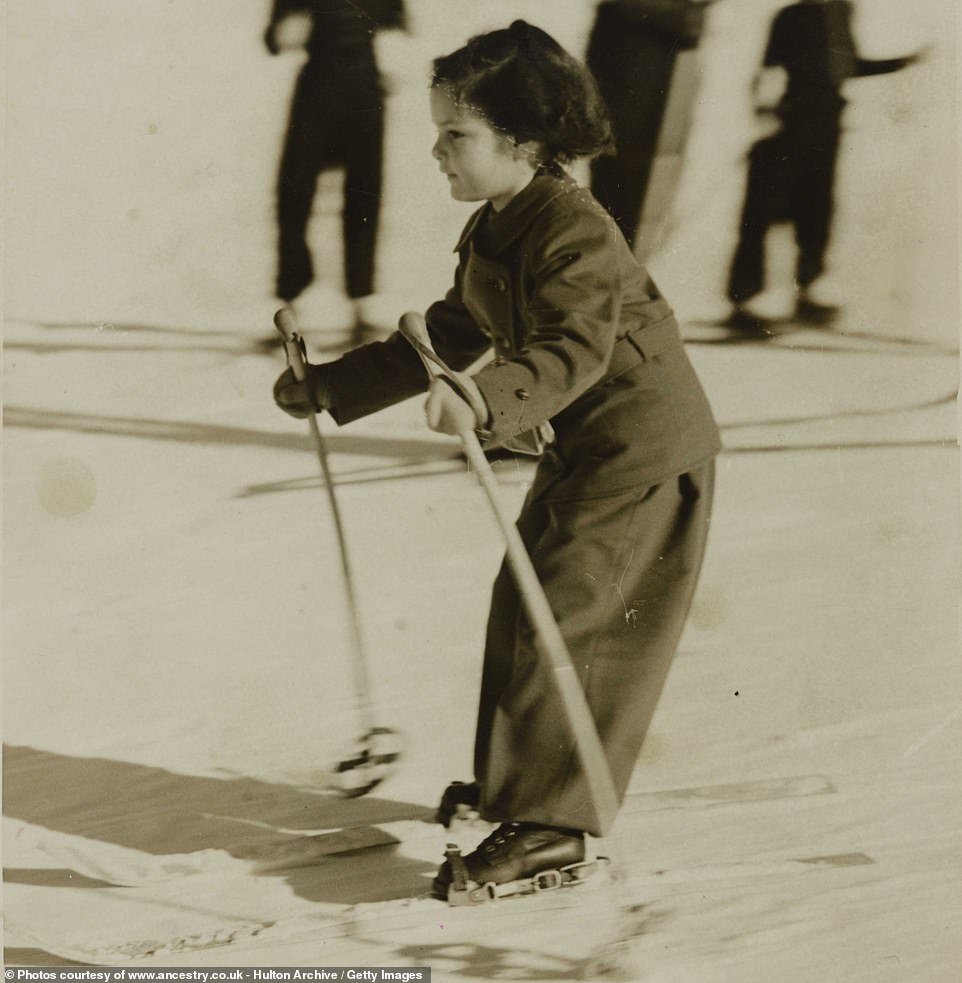 A young skier, dressed in a smart woollen ensemble, speeds down the slopes at St. Moritz while holidaying there in 1937 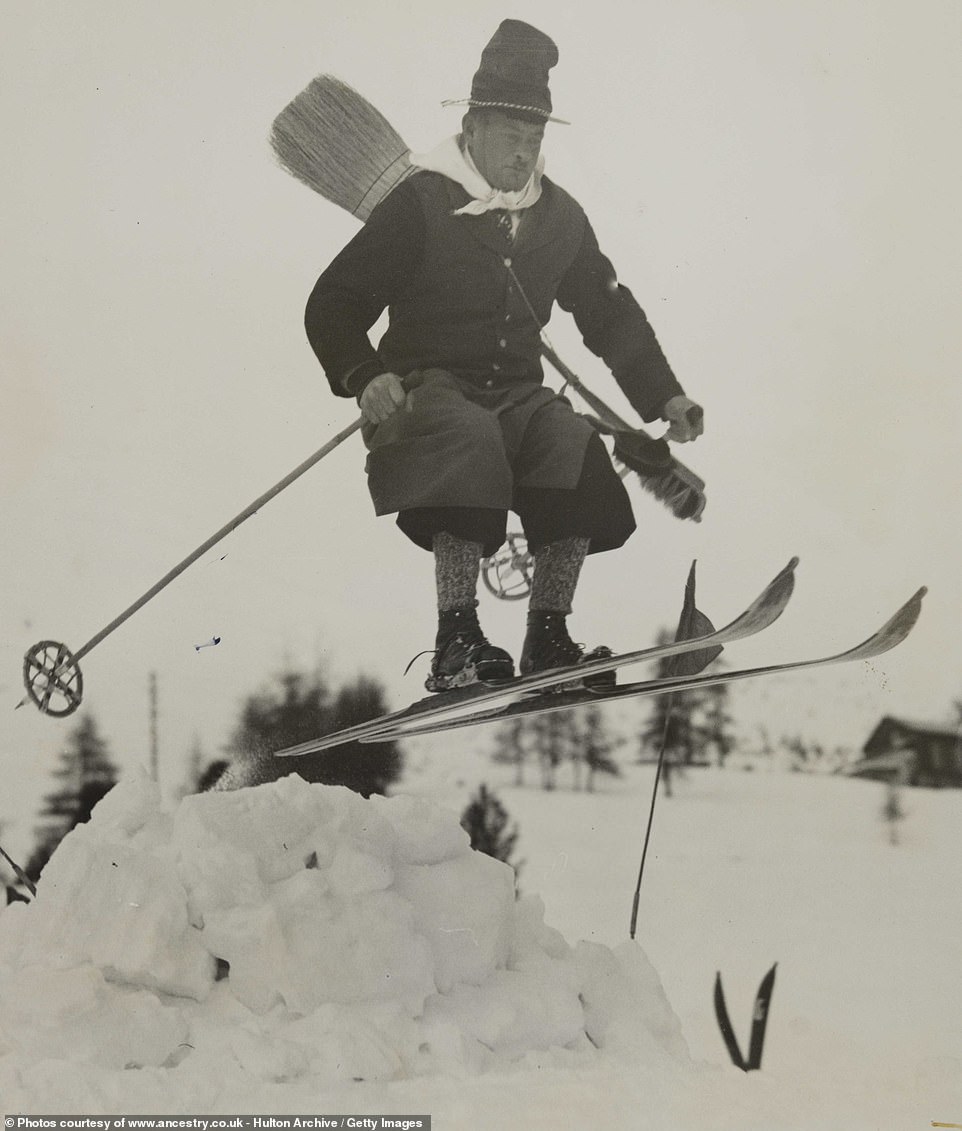 A male skier performs a jump while holidaying in St. Moritz, in January, 1938. The photo was apparently taken during an annual New Year carnival, which could explain why he is skiing with a broomstick and a rather comical hat 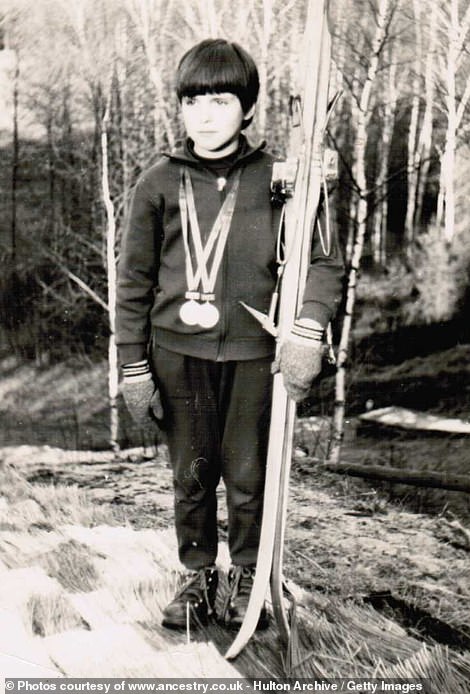 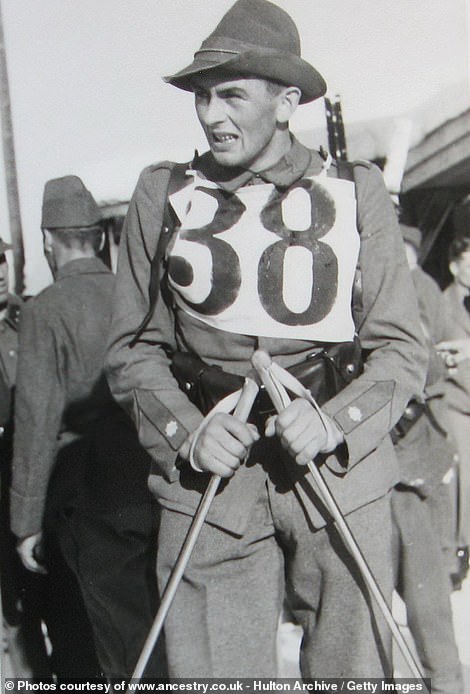 A young boy stands proudly with his skis at an unknown location in 1973. He appears to be quite an accomplished skier by the looks of his medals (left). A young man participates in an army ski race. The image is undated and the location unknown (right) 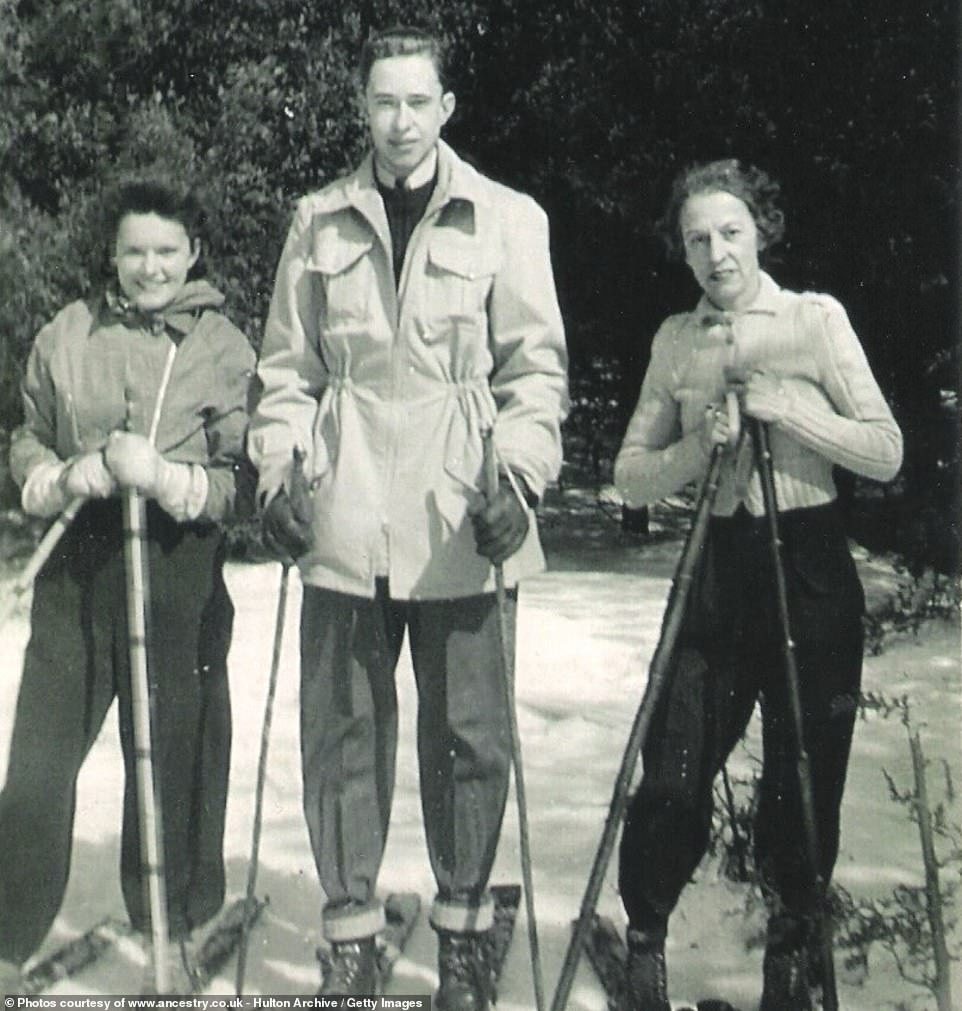 A photograph showing a family during a ski outing, with all of them dressed for the cold in high-waisted woollen ski pants. The date and location is unknown 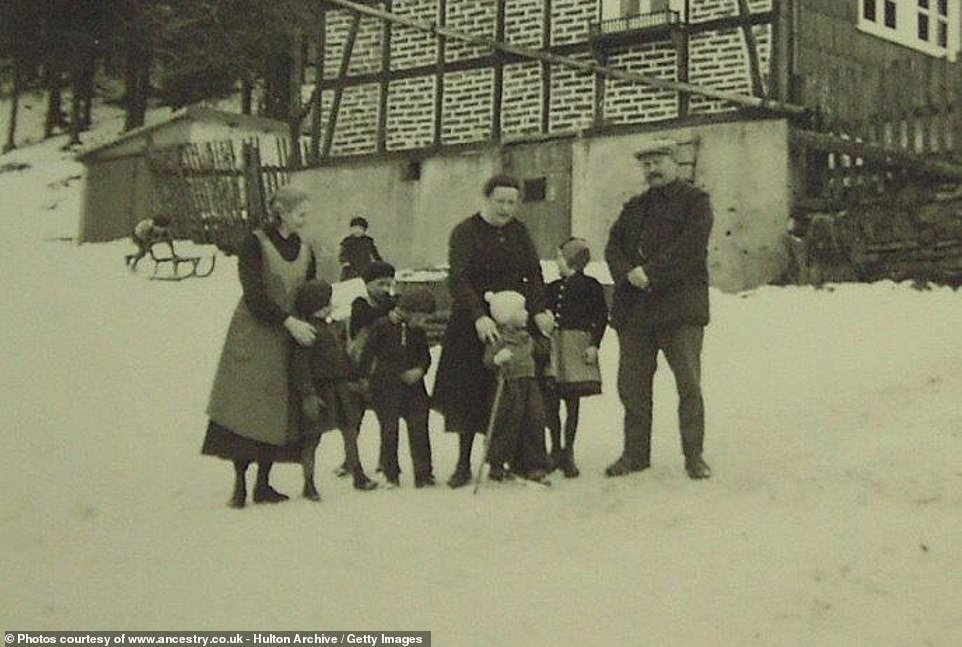 A family pictured at an unknown location in March 1937. The ground is covered in snow and one of the young children appears on skis, while another child can be seen pushing a sled in the background