The body of Anthony Winter, 32, (pictured) was found in woodland in St Mellons, Wales

Five people have been arrested on suspicion of murder after the body of a 32-year-old father was found ‘violently assaulted’ in Welsh woodland.

Anthony Winter, 32, from Pentwyn, Cardiff, was found near Brookfield Drive, St Mellons, in the Welsh city on Thursday at around 7.15am.

South Wales Police said five people – a 16-year-old boy, two men aged 19 and 27, a 17-year-old girl and a 19-year-old woman – have been arrested on suspicion of his murder. They are all in police custody.

His devastated family have now urged the public to come forward with information after they say he was ‘violently assaulted’.

In a statement his family said they are devastated by his death, and that his two-year-old daughter, who he adored, has lost her father.

They said: ‘Anthony may not have been perfect but he was our kind of perfect.

‘He was violently assaulted and left to die alone. He did not deserve to die that way. 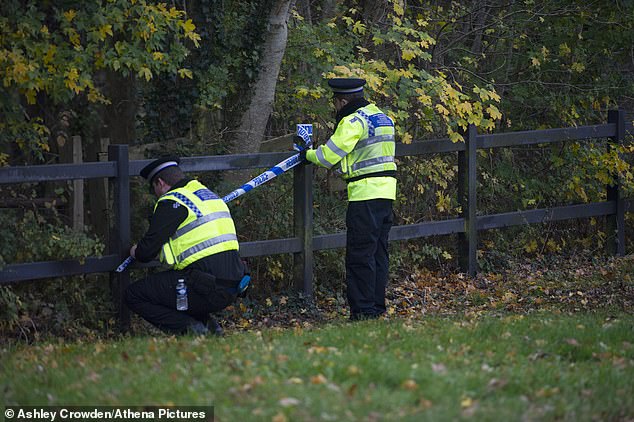 ‘Whether you were getting your children ready for school, preparing for work, enjoying a cuppa or out walking your dog, you might have seen or heard something and thought nothing of it at the time.

‘Anthony will never have the chance to do any of those things, so if you have any information at all, no matter how insignificant you think it is, please come forward and help the police. 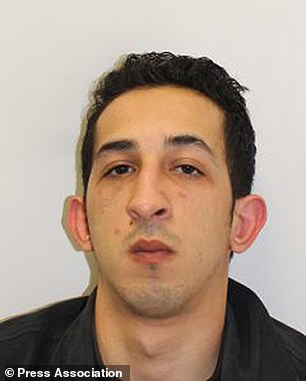 Algerian national Mohammed Megherbi (pictured) has been missing for a month and Kane Burns, 26, from Llanedeyrn, Cardiff, was charged with his murder on Friday

‘We need justice for his daughter so that our brother can rest in peace.’

Detective Superintendent Richard Jones said they are not looking for any other suspects, but urged those with any information to contact police.

He said: ‘I would like to reassure his family and the wider public that we are committed to tracing and bringing to justice all those involved in taking this young father’s life.’

It comes as Algerian national, Mohammed Megherbi, has been missing for a month – with Kane Burns, 26, from Llanedeyrn, Cardiff, charged with his murder on Friday.

A police spokeswoman said they have no reason to believe either of the suspected murders are linked.

Despite extensive inquiries, Mr Megherbi, who has strong links to north-west London, has not been found, with a police statement saying they have found ‘no proof of life’.

A property in Pennsylvania, Llanedeyrn, has been forensically examined by police as part of the ongoing investigation.