A man has appeared in court charged with the stabbing murder of his ex-partner’s new lover after he found out the pair secretly wed while he was in jail.

The 46-year-old is standing trial for the murder of Mr Nguyen and the attempted murder of his former partner Laura Chan, but he says he didn’t intend to kill them. 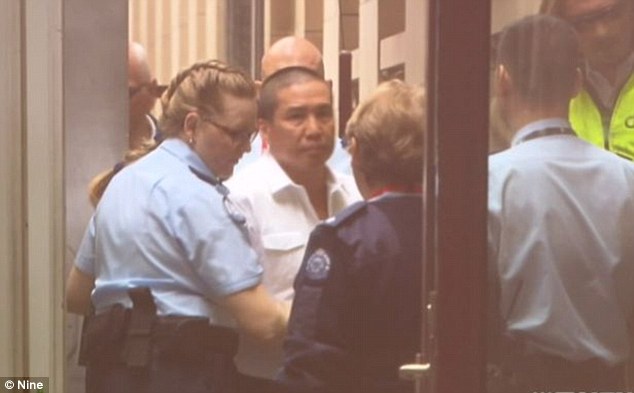 The court heard Vu stabbed both Mr Nguyen and Ms Chan in the chest after he found out they were having an affair.

Vu and Ms Chan had been in a relationship since 2001 and had two children together, but when he was sent to jail Ms Chan started dating Mr Nguyen.

The pair then secretly married and Mr Nguyen later moved into the family home, where he stayed until Vu was released from prison.

Crown prosecutor Kevein Doyle said upon his return, Vu questioned his children about the relationship between his ex and Mr Nguyen ‘and he was angry about it’.

Mr Doyle described how on August 5 Vu allegedly arranged to meet with Mr Nguyen and Ms Chan to confront them about the affair rumours.

‘He asked them how long they’d been together,’ Mr Doyle said.

‘Mr Nguyen tried to tell the accused: “It’s not what you think”. 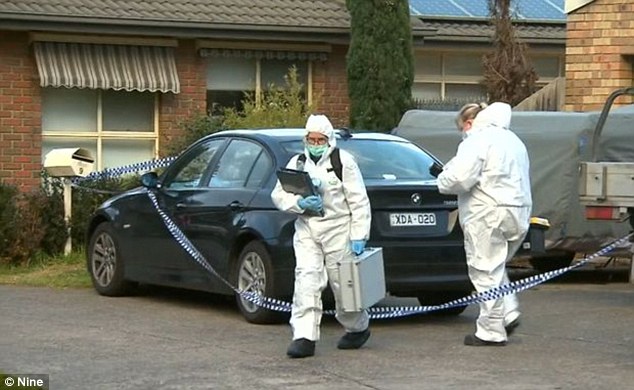 When the pair denied their relationship, the 46-year-old allegedly produced a hunting knife, which he plunged into the man’s chest before stabbing Ms Chan.

Vu then told one of his children to call for an ambulance, but Mr Nguyen allegedly bled to death on the kitchen floor before help arrived, 9News reported.

It’s understood Mr Nguyen died as a result of internal bleeding caused by the knife penetrating his heart.

Ms Chan was rushed to the Royal Melbourne Hospital, where she was allegedly treated for life-threatening injuries from which she survived.

Mr Vu pleaded not guilty to the two charges and his defence barrister Stewart Bayles argued the stabbings were not intentional but rather an accident.

‘He never intended to deliberately stab either of these two people,’ Mr Bayles said.