A father who was beaten up by a group of teenage bullies has been slammed after footage revealed he punched one of the kids in the head first.

The shocking video showed how the schoolboys then attacked the dad outside Park Ridge State High School, in south Brisbane, on Monday afternoon.

Many viewers questioned the father’s violent actions while parents said incidents at Park Ridge High School were often ‘swept under the rug’.

Mobile phone footage showed two teenage boys wrestling near the school before one wearing a red singlet was pinned to the ground.

The father then went behind his son’s attacker and punched the boy in the side of the head.

He delivered another forceful blow and began punching the boy with both fists.

A pack of at least six boys in school uniforms then started punching and kicking the man, who struggled to get himself off the ground.

Earlier footage showed the father and one of the teenagers squaring off while shouting at each other, before the boy spat in the man’s face.

Bystanders yelled: ‘Get the f**k off each other,’ as the father and the student shoved each other.

Members of the school community said they were unhappy with how Park Ridge High School handled similar incidents. 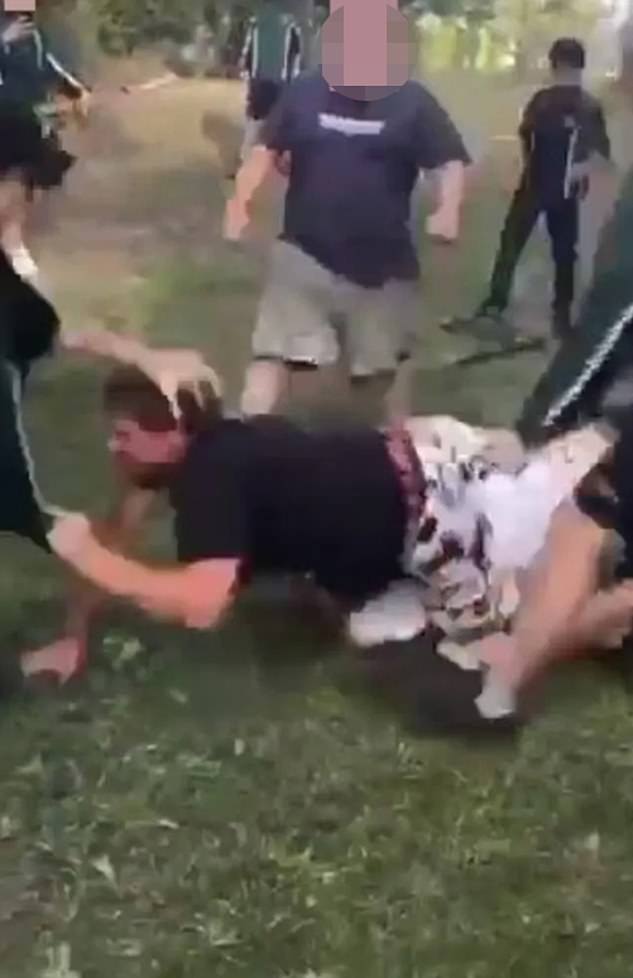 A pack of at least six Park Ridge State High School students then attacked the father (pictured), who struggled to get himself off the ground 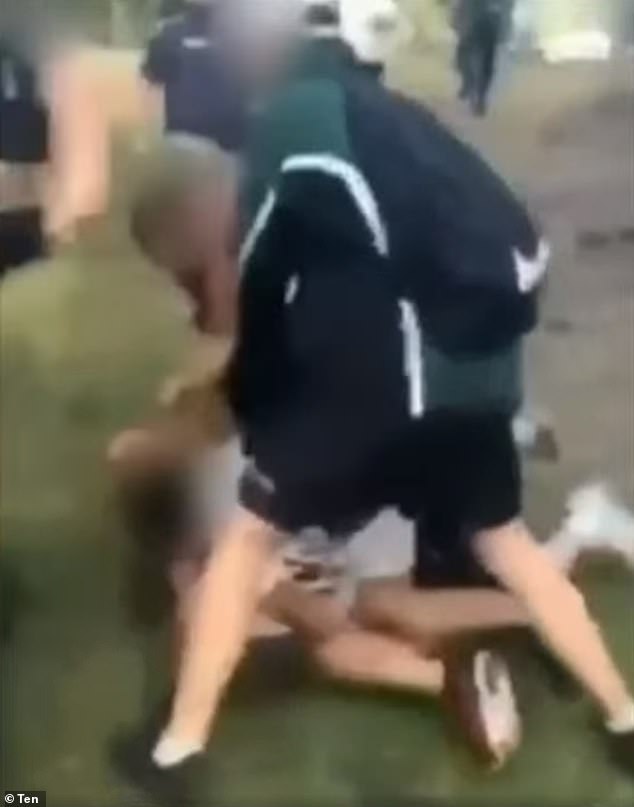 A parent with two boys at the school told Daily Mail Australia: ‘They do sweep things under the rug…

‘I believe that school hasn’t always dealt with my issues in the best way and believe some of the punishments for some students are harsher than others.’

‘The school policy in general regarding detention for whatever reason needs reviewing in my option,’ the mum said.

Another parent claimed she found out about the fight from watching the evening news and demanded the students involved be expelled.

Viewers also criticised the father’s violent attack on a teenager and said he should have removed himself from the situation.

One person wrote: ‘Maybe he should have taken his son out of what was obviously dodgy situation instead of charging in when his son looked beaten. Two wrongs never make a right and an adult should know better.’

Queensland Police told Daily Mail Australia the father had made a complaint and police were investigating the circumstances surrounding the fight.

The Queensland Department of Education said emergency services were called to the school, but couldn’t confirm whether the students were punished.

The school is working actively with the families involved and students are being dealt with in line with the school’s Responsible Behaviour Plan,’ a spokesperson said. 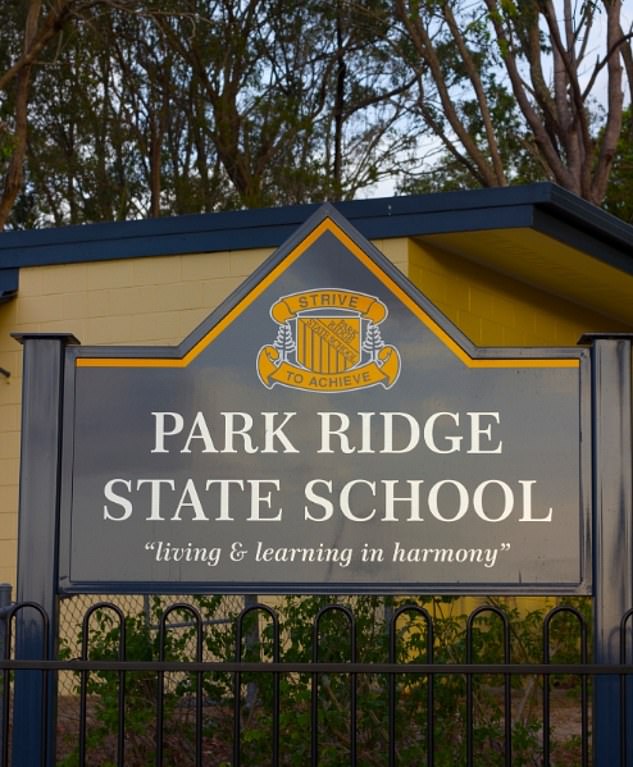 The Queensland Department of Education said emergency services were called to Park Ridge State High School in Brisbane (pictured), but couldn’t confirm whether the students were punished