A father who allegedly strapped his three-year-old daughter into the booster seat of a car he then set alight has been arrested on murder charges, police said Friday.

Martin Pereira, 39, from Valley Stream, Long Island, was also charged with arson and reckless endangerment for the horrific May 5 incident in Queens that left Zoey Pereira dead, police said.

Pereira allegedly strapped the three-year-old into her seat, chained the Audi A6 car shut with the girl inside, doused it with gasoline and set it ablaze in a park in Queens, New York.

Zoey’s death was later ruled a homicide and her 39-year-old father Martin Pereira was named a prime suspect in her killing.

Zoey Pereira, three, died after she was shut into a burning car that was allegedly set on fire by her father in a Queens, New York park . Martin Pereira, (pictured with Zoey) has been charged with her murder and reckless endangerment 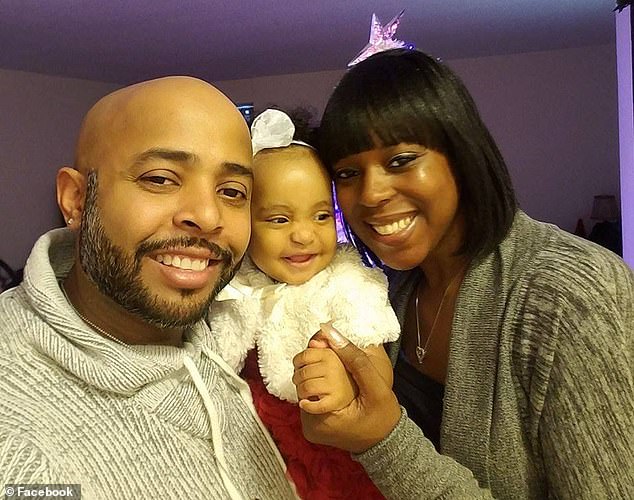 The girl’s mother Cherone Colema, 36, (right), and Martin Pereira were embroiled in a bitter custody battle over the child at the time of her death

The girl’s mother Cherone Colema, 36, and Martin Pereira were embroiled in a bitter custody battle over the child at the time of her death.

They had been engaged but Coleman ended the engagement about a month ago, according to police.

Sunday’s tragedy was just the second time that Pereira was entrusted to care for his daughter.

Coleman revealed she always believed her estranged husband could harm her. 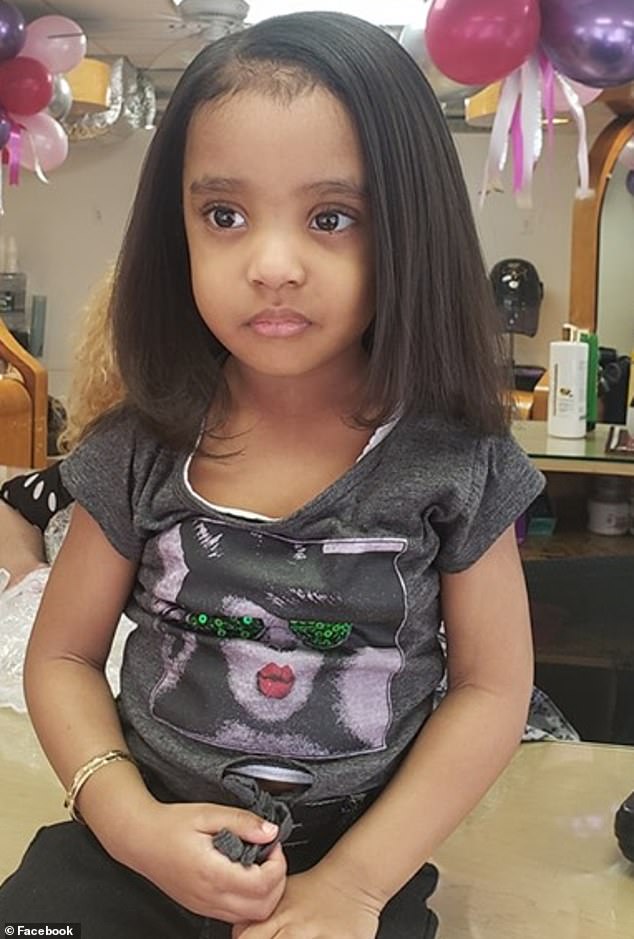 Zoey Pereira, three, burned to death inside a car with its doors chained shut on May 5 in Queens, New York. The girl’s father, who was found hiding near the crime scene, shared the photo above of Zoey in a hair salon on Facebook hours before she was killed 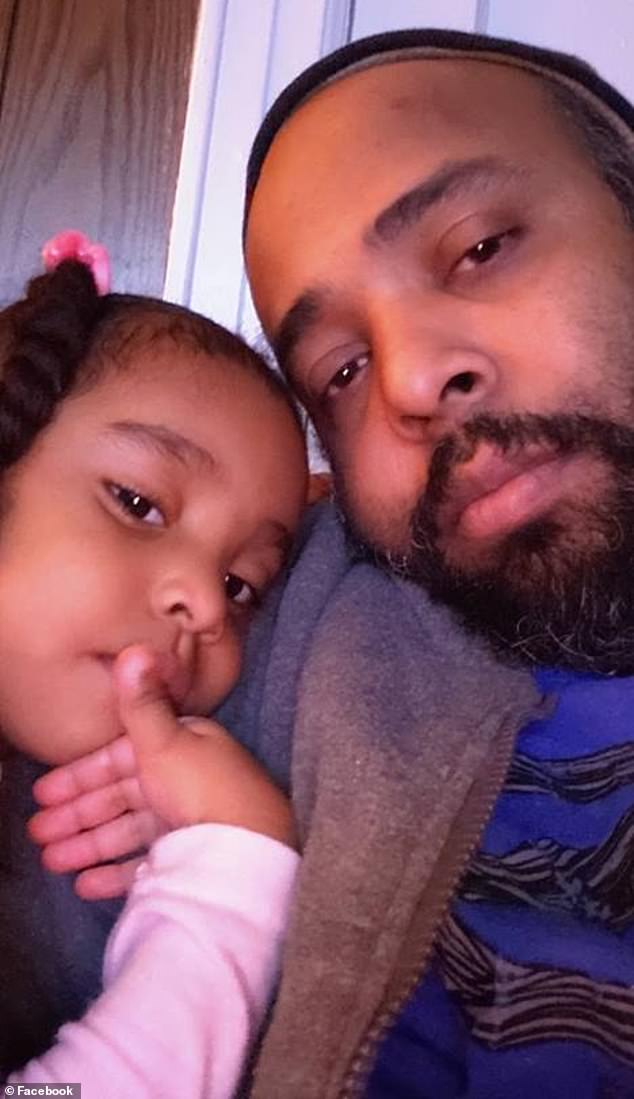 Sources say Martin Pereira, 39, was taken into custody after Zoey’s body and suffered second and third degree burns. The pair are seen above in a Facebook photo

Surrounded by grieving loved ones in front of her home in Springfield Gardens, Coleman said hours after Zoey’s death: ‘My daughter was perfect. She was loving, always smiling, and oh so caring. She was my only child, and I can’t have any more.’

The mother said she had tried to modify their visitation agreement to block Pereira from seeing the girl as he became increasingly vindictive, but the court ruled against her.

Pereira was subsequently allowed to watch Zoey over the weekend with the court’s blessing. It was only the second time he’d been entrusted with the young girl since he and Coleman split.

Coleman said she wishes she had disobeyed the judge and blocked Pereira from taking her daughter.

‘I should’ve just kept her and gone to jail,’ she said Monday.

Describing a call with Pereira on Sunday morning, Coleman said: ‘Just before he burned my daughter he called saying crazy things. 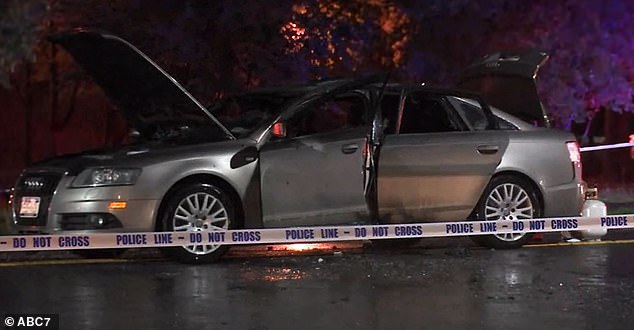 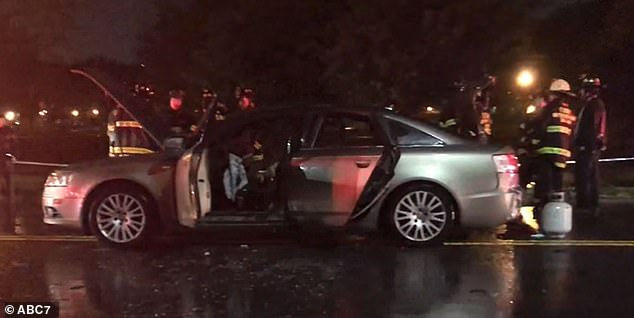 Heat from the blaze melted the door handle, which allowed firefighters to open the door and grab the girl. Emergency crews are pictured at the scene after the fire was extinguished 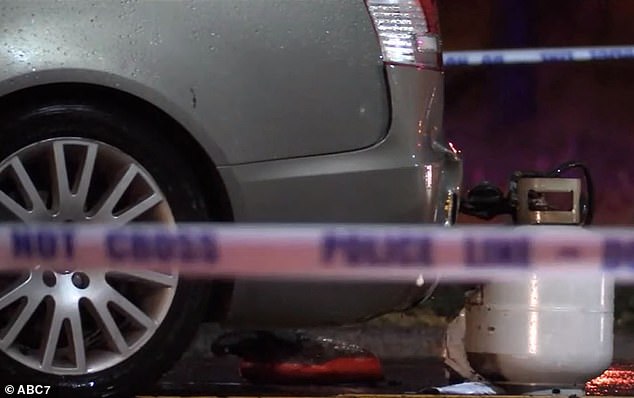 Police responded to reports of a car burning in the middle of the street by Baisley Boulevard and 155th Street on May 5. The Audi’s back doors had been chained shut, but the heat from the blaze melted the handle, which allowed firefighters to open the door and grab the girl.

Pereira was found running away from the car, covered in flames. A Good Samaritan stopped to help him put out the fire .

A police source told the New York Post: ‘The only reason [officers] found him was that a piece of his clothing was on fire. He was stripped down to his underwear.’

Pereira was treated for second- and third-degree burns before being taken into custody.

Martin has a history of violence and was arrested once for criminal contempt and twice for aggravated harassment against a different woman in 2013, according to the Post.

Hours before Zoey died, Pereira shared a photo of the youngster sitting in what appears to be a hair salon on Facebook.

He had previously posted several photos of himself with Zoey alone and with her mother.