Father-of-four, 46, refuses to move out of 11th floor flat as council plans to demolish tower block

A father of four has an entire tower block in Birmingham to himself after he refused to leave his home which is set to be torn down.

Ezekiel Hermon, 46, has lived in his 11th floor flat in Saxelby House, in Druids Heath for 25 years, but has been the sole resident of the block of flats since last September.

Around 100 residents have moved out of the 12 storey high building to new accommodation amid plans to tear the flat down in favour of affordable housing as part of a £43million regeneration scheme.

Ezekiel Hermon, 46, has sayed in the two-bedroom apartment on the 11th floor of the now empty block and sleeps on the sofa when his children come to visit him

But, Mr Hermon said Birmingham City Council failed to provide any offers of suitable alternative accommodation which could allow for his four children he shares with his ex-partner to stay.

He has stayed in the two-bedroom apartment on the 11th floor and sleeps on the sofa when his children, two girls aged seven and eight, and two boys, aged 12 and 14, come to visit.

Earlier this week, the council put forward another offer for a two=bed flat inside a retirement tower block.

Mr Hermon previously rejected the council’s offer for a two bedroom flat, telling the Hull Daily Mail: ‘They have offered me two-bed flats in retirement homes, but I’m not retired, I’m 46 and have four children.’

He said that he intends to turn the offer down again. 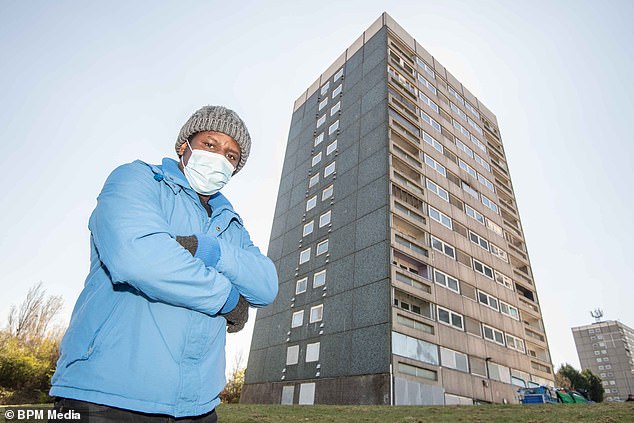 Ezekiel Hermon, 46, has lived in his 11th floor flat in Saxelby House, in Druids Heath for 25 years, but has been the sole resident of the block of flats since last September

‘I just feel sick because they said they will not do it [offer the same accommodation] again and now they have. The council has offered me a retirement block again,’ he told Birmingham Live.

An online petition to find a ‘decent home for Ezekiel and all of Druids Heath’ has gathered more than 200 signatures.

The petition states:  ‘Ezekiel’s neighbours have all been cleared from the block as part of the regeneration the council has imposed upon the area.

‘Ezekiel has been on his own in the block for seven months and desperately wants to leave too – the block is unsafe, cold and scary now it’s empty.

‘Some residents were lucky to find a property they were happy with. But more are unhappy: they have been made to move far away from schools, jobs and their families, or accept properties in poor condition. 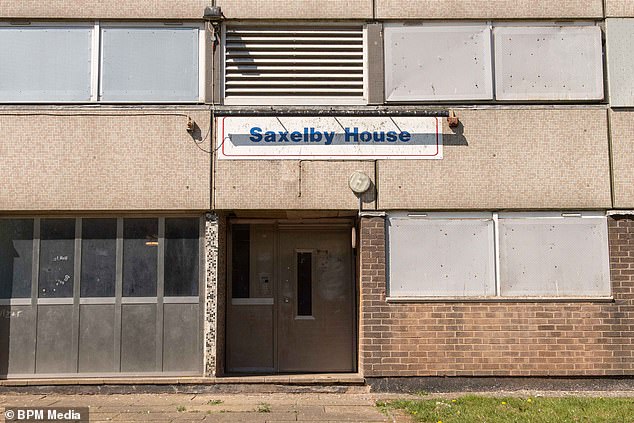 A petition to find a ‘decent home for Ezekiel’ has gathered more than 200 signatures.

‘Ezekiel and all his neighbours must be treated fairly.’

A spokesman for Birmingham City Council said: ‘Although we are in the unfortunate position of having to seek possession of his tenancy as we have made reasonable offers of accommodation, in the interest of coming to an amicable solution, we are continuing to look for suitable alternative properties in line with Mr Hermon’s property size eligibility in the hope that he accepts one.’