Father of Italy’s next PM was jailed for drug smuggling in Spain, it emerges

Father of Italy’s next Prime Minister was jailed for drug smuggling in Spain, it emerges as she prepares to take power

By Gerard Couzens and Sukhmani Sethi For Mailonline

The late father of the woman set to become Italy’s next PM was sentenced to nine years in prison in Spain for drug trafficking, Majorcan press have revealed.

Far-right leader Giorgia Meloni’s dad Francesco abandoned his family when she was just two years old to move to the Canary Islands.

The 45-year-old, who is forming a coalition with Matteo Salvini and Silvio Berlusconi following her election success on Sunday, revealed in her 2021 autobiography ‘I Am Giorgia’ she stopped seeing him when she was 11.

She said her last contact with the accountant-turned-restaurant owner before he died two years ago of leukaemia was a birthday telegram he sent her when she was 13.

Today, respected Majorcan newspaper Diario de Mallorca revealed he was handed a nine-year jail sentence in September 1996 after being caught trying to smuggle 1,500 kilos of cannabis resin from Morocco on a French-flagged yacht a year earlier.

It reported he received the longest sentence of the four people arrested over the drugs stash after he took the blame and claimed he had fooled them into thinking they were going to enjoy a pleasure cruise. 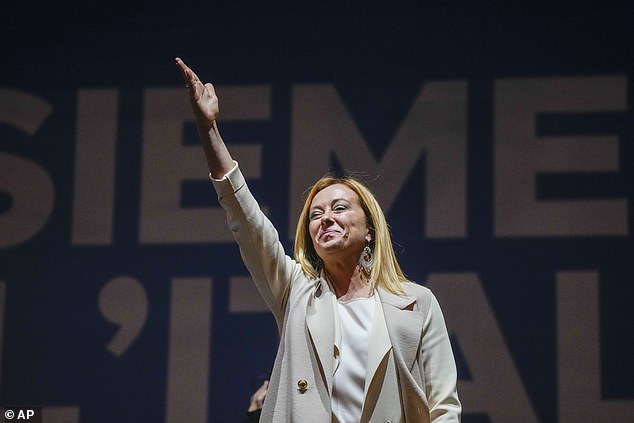 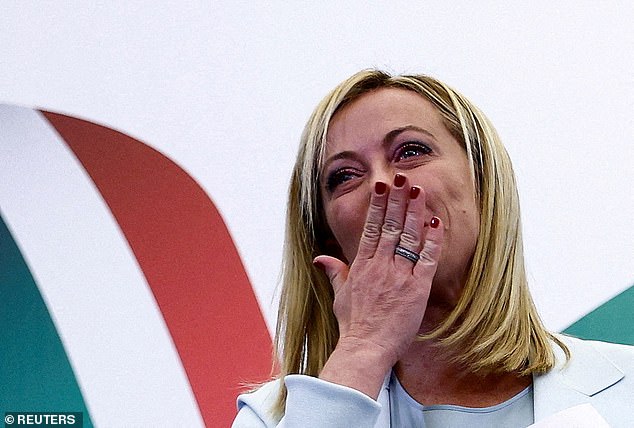 The other three detainees, described as three younger relatives who included two stepchildren, are said to have received four-year prison sentences each.

Diario de Mallorca, which dug out details of the trial at Palma’s Audiencia Provincial court after covering it at the time, said the Menorcan port of Mahon was not the final intended destination but they ended up there according to Francesco after his companions spotted the drugs and flew into a rage.

Revealing fascinating details about the turbulent past of Giorgia’s father, it reported he told trial judges he agreed to smuggle the drugs from north Africa to Italy for just over POUNDS 268,000 after falling on hard times following the collapse of his Canary Island restaurant business.

The drug arrests are said to have happened on September 25 1995 after the cannabis resin was discovered on board a yacht called Cool Star.

The discovery was linked to a storm at the time which was also given as a reason for them diverting to Mahon port.

Francesco, better known by his nickname Franco, stood for regional elections twice in Majorca after leaving prison according to local reports – once in 2007 and again in 2011.

Although his daughter is a far-right nationalist, he has been described as a communist.

Meloni has put traditional family values at the heart of her campaign, using the slogan: ‘God, country and family’.

In a 2019 speech that went viral, she proudly declared to supporters in Rome: ‘I am Giorgia, I am a woman, I am a mother, I am Italian, I am Christian’.

According to France24, Meloni has a strong bond with her sister Arianna , who like her was involved in politics from a young age, and who Meloni described as ‘the most important person in my life’ before her daughter Ginevra was born in 2016.

Giorgia, brought up by her mum Anna Paratore, said in TV interviews during the election campaign when asked about her feelings following her father’s death: ‘I didn’t feel hate or displeasure. I didn’t feel anything.

‘It was as if a television character had died.’