Father of New Zealand man tortured and killed in Dubai

A grandfather was tortured and murdered with his body left in a car boot for two days before being buried in the desert.

Hong Xi Luo’s body was found in sand dunes 400km outside Dubai after four people admitted to his brutal murder and revealed the location of his shallow grave.

He was killed by his business partner ‘over financial disputes’ at their struggling milk powder importer, police told his son, Auckland real estate agent William Luo.

Hong Xi Luo (left) was tortured and murdered by his business partner over a financial dispute, with his body left in a car boot for two days before being buried in the desert

‘He was a very kind man, always dressed neatly and looking good. So I cannot imagine those last moments of his life. I cannot imagine anyone burying him in the desert,’ William told the Sunday Star Times.

The father-of-two said Mr Luo’s killers stole his phone and tried to lure him to Dubai and ask for money.

It started with a WeChat message asking him to fly in because he’d lost his passport and the Chinese embassy could not help him.

He replied saying he was too busy, but later got another message saying Mr Luo was travelling to Thailand on a fake passport and asked his mother for money.

William said this was out of character for his father so he asked for a selfie to prove his identity, and the texts stopped coming. 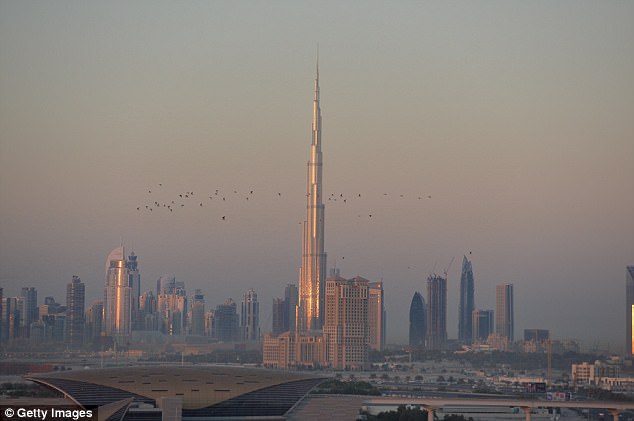 His body was found in sand dunes 400km outside Dubai (pictured) after four people admitted to his brutal murder and revealed the location of his shallow grave.

‘I’m afraid they tortured my father, because they knew all his passwords, all the bank details, everything,’ he said.

He flew to Thailand only to discover his father never arrived, so he went to Dubai where police told him they already opened an investigation.

The bad news came on September 16 when police told him they arrested 47-year-old woman, her 29-year-old son, and two accomplices, all from China, for Mr Luo’s murder.

‘My mother told me this woman had invited my father on the trip to Europe, with her and her son, to look into some business opportunities there,’ William said.

Mr Luo was killed soon after they stopped in Dubai on the way to Europe. 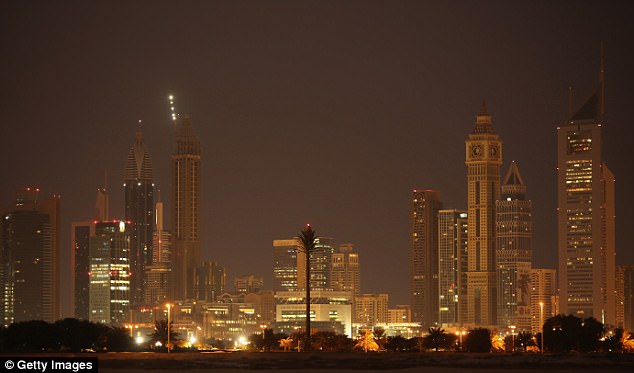 His son William Luo said The father-of-two said the killers then stole his phone and tried to lure him to Dubai and ask for money.

William said his three and 18-month-old children kept asking where their grandfather was but he hadn’t yet told them or Mr Luo’s own parents.

‘We will probably tell them that my father got sick, and died from that rather than murder. They are too old to hear the real story,’ he said.

Mr Luo lived in China but frequently visited his only child in Auckland about a dozen times since William moved for university in 2006.

He attended his son’s wedding and births of both his grandchildren, went on several family roadtrips, and most recently helped William move house in May.

William hoped one day his parents would move to NZ permanently and he could buy a holiday house in Queenstown, his father’s favourite place.