Police have said they will review their investigation to determine whether any further charges should be brought against a gang of thugs who left a father-of-three brain damaged after he died from his injuries five years later.

Simon Dobbin, 48, was beaten and ‘kicked like a football’ after going to watch Cambridge United play at Southend United in Essex in a brutal 90-second assault.

The football fan from Mildenhall, Suffolk, who served in the Royal Air Force, suffered permanent brain damage and was left severely disabled by the attack in March 2015.

His wife Nicole, 48, said he had been ‘his usual self, laughing and smiling the day before’ he died this morning, adding that his death was a shock to her and their daughter Emily.

Now, Essex Police have confirmed they will review their investigation into the attack which left him permanently injured.

‘We will review the initial investigation to establish whether we need to take any further action.’

Mr Dobbin’s ordeal touched the nation when his house was transformed by a team led by Nick Knowles on the BBC programme DIY SOS: The Big Build in January 2019.

The episode saw an army of volunteers help to turn his home into one more suitable for his needs, after he was left requiring round-the-clock care following the assault.

‘I’m thankful for the fantastic memories I have, he fought so very hard to be with his family.

‘Sadly his heart wasn’t strong enough, but he is now at peace and will be forever in my heart.’

Twelve men were jailed in 2017 but have all since been released from prison. 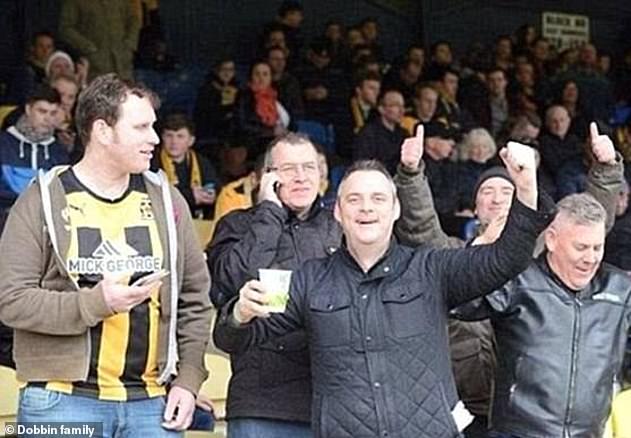 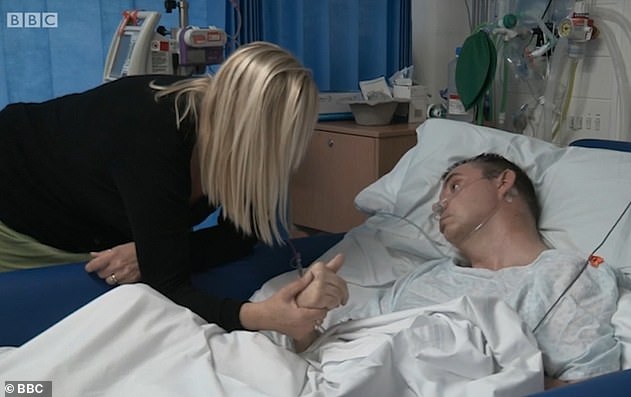 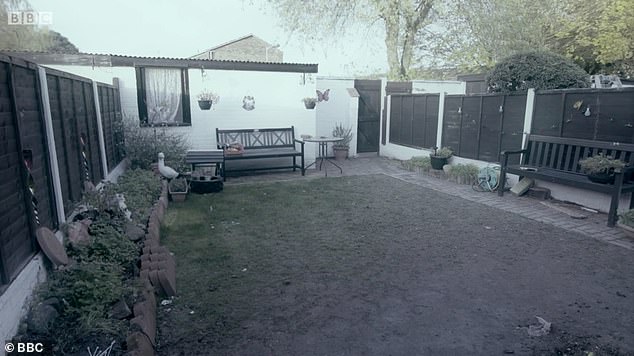 Mr Dobbin’s home was transformed by a team from DIY SOS, who provided him with his own bedroom for the first time in three years. Above: The back garden before the transformation 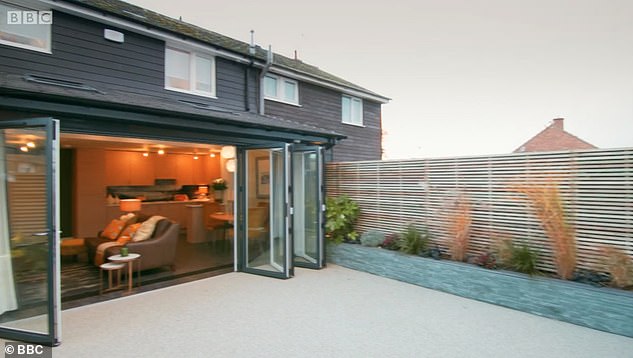 After: As part of the transformation led by Nick Knowles, large glass doors were added to the property and the garden was modernised so the family could get out and enjoy the space

The 12 men jailed for vicious attack

Five years for Thomas Randall, 22, of of Southend-on-Sea

Three years for James Woods, 25, of of Westcliff-on-Sea

Two-and-half-years for Michael Shawyer, 31, of Leigh-on-Sea

Nicole claims that Simon ‘absolutely’ died of his injuries.

‘Simon has been unwell a number of times since the attack to the point where he has been admitted to hospital, but he would always fight back.

‘There has been nothing over last few years,’ she said.

‘I guess his heart just gave up.

‘We spoke to the GP this morning and we are not sure if it will go to coroners’ court, but he died because of the hypoxic brain damage.’

Nicole confirmed that she has already spoken to Essex Police about a retrial, and claims he died of his injuries.

She added: ‘They didn’t just destroy Simon’s life, but they destroyed our lives as well’

In July 2017, Basildon Crown Court convicted 13 men over the attack. Nine men were found guilty of violent disorder, three of conspiracy to commit violent disorder and one of assisting an offender.

Three of the men were jailed for five years for violent disorder. Mr Dobbin attended court for the sentencing, but had to leave the room when he became upset.

In July, one of his attackers, Jamie Chambers, 27, was recalled to jail after admitting threatening behaviour and damage to a property while out on licence.

Today, a spokesman for Cambridge United said today: ‘It is with a heavy heart that Cambridge United can confirm we have received the devastating news that Simon Dobbin sadly passed away at home this morning. Sweet dreams Simon. Forever a U.

‘The thoughts of everybody at Cambridge United are with his wife Nicole, daughter Emily and his closest family and friends. We ask supporters to leave their messages of condolence for Simon’s family at this difficult time. Rest in peace, Simon.’

Also reacting to his death today was Southend United fan and singer Alison Moyet, who tweeted: ‘As a SUFC fan and musician for whom Shrimpers Club was my springboard, this news is stomach churning.

‘A precious life made forfeit to thuggery and that thuggery happening in our salmon stream. Ashamed.’

Carpenter Jamie Bullock said: ‘I worked on Simon’s house for @DIYSOS and this is truly awful news, my thoughts are with his amazing family who have been through so much heartache already. RIP Simon Dobbin.’

Local councillor Tumi Hawkins added: ‘Rest in Peace Simon. You did not deserve this at all. Condolences to the Dobbin family xx’

In February, Mrs Dobbin revealed that all of the ‘monsters’ who attacked her husband were already back on the street after being released from prison.

She told the Daily Mirror: ‘It feels like a slap in the face. Every time I look at Simon, I can see the damage they caused him. They are monsters. They didn’t give any consideration to what they were doing.’

Mr Dobbin was on his way home from watching Cambridge play Southend when rival supporters poured out of the Railway Tavern pub near Prittlewell train station and ‘jumped’ a group of Cambridge fans.

One witness, speaking after the attack, said the rival fans ‘just used [Mr Dobbin] like a football’, and said he was saved by a friend who laid on top of him.

Mr Dobbin suffered brain damage, damaged hips, broken ribs and a broken nose during the onslaught on and spent more than three weeks on life support.

Judge David Pugh handed down sentences to 12 of the 13 men convicted of offences in the case of Simon Dobbin.

Three of the men were jailed for five years – the maximum possible sentence for the offence of committing violent disorder – with sentences of varying lengths for the others.

The shortest sentence – 16 months – was given to Rhys Pullen, who admitted the charge of violent disorder earlier in proceedings.

A thirteenth man, Ian Young, was found guilty of assisting offenders by hiding them. He was given a suspended sentence a month after the other sentencings.

Mrs Dobbin demanded a ‘Simon’s Law’ to give tougher sentences to serious thugs in light of her husband’s attack.

Describing her proposed changes ‘Simon’s Law’, she wrote on a petition page: ‘How can someone be clinically dead for seven minutes and this be a violent public disorder? The law needs to changed around these cases and a higher sentence given.

‘I want the government to put Simon’s Law into place. Simon’s law will state that If an individual is charged and found guilty of a violent public disorder, causing harm to any other, then a percentage of earnings through employment or benefits, are taken from them and paid back to our NHS for the rest of their lives.’

In DIY SOS, more than 900 volunteers came forward to help transform the home where Mr Dobbin was sleeping in the living room and only had access to bed baths. 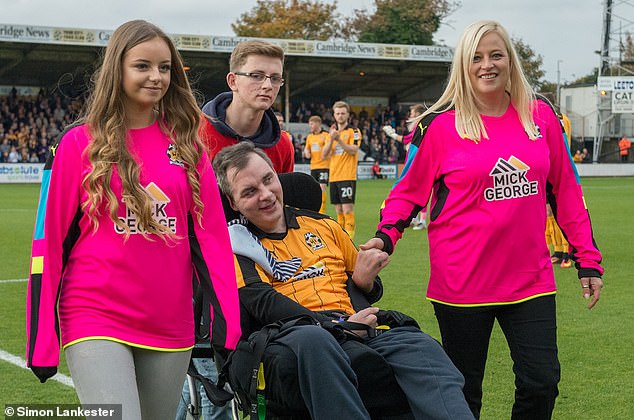 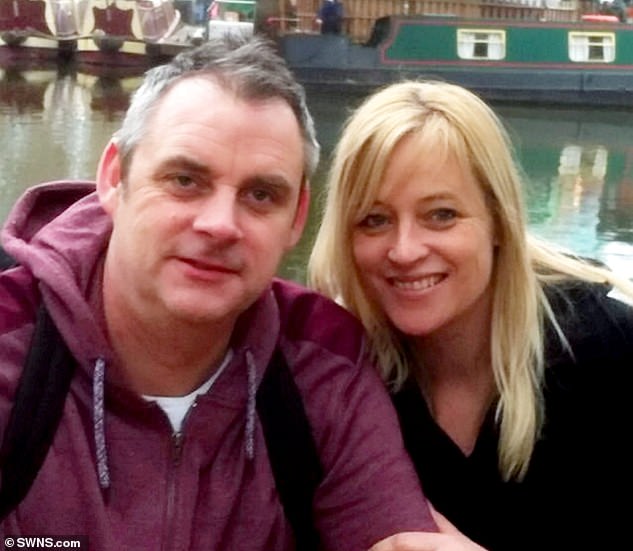 Pictured before the attack: Mr Dobbin, from Mildenhall in Suffolk, with his wife Nicole, 48

Carpenter Jamie Bullock said: ‘I worked on Simon’s house for @DIYSOS and this is truly awful news, my thoughts are with his amazing family who have been through so much heartache already. RIP Simon Dobbin’

Local councillor Tumi Hawkins added: ‘Rest in Peace Simon. You did not deserve this at all. Condolences to the Dobbin family xx’

His daughter Emily was revealed to be studying to be a paramedic and said her life had changed immeasurably since the attack.

She told the programme: ‘We were always out and about. We’d go to Felixstow and take the dog – it was me and him time.

‘I miss talking to him. We haven’t had a conversation. I remember he would throw his arms around me and give me a hug – I miss that.

‘He is just trapped in his body. It is hard. When I walk into the room I see him smile so I know he’s happy to be around. I talk to him like he’s normal.

‘I want the future to be easier for mum and dad – something worth living for, for dad. Anything we can do to help him.’ 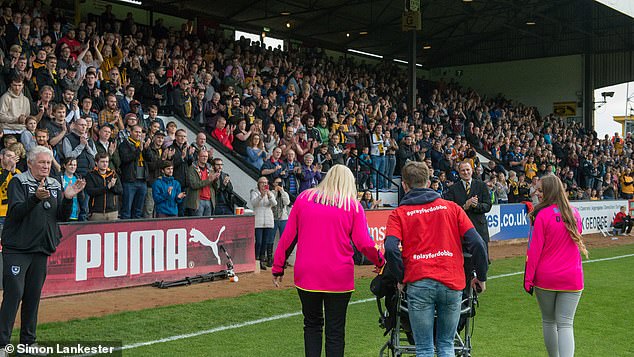 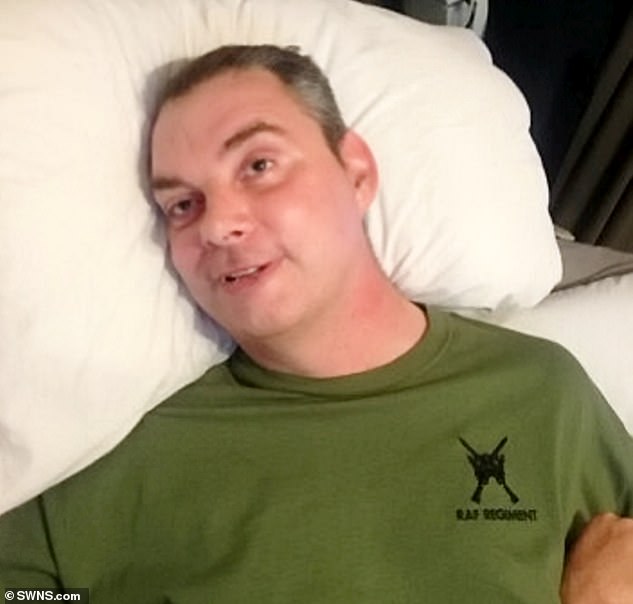 Mr Dobbin is pictured in hospital. A court convicted 13 men for their role in the attack in 2015 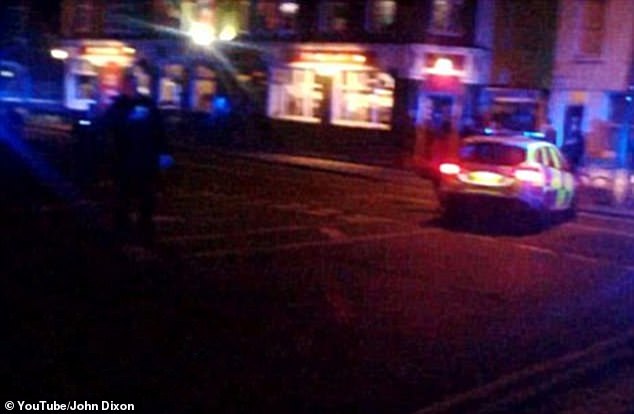 The team was denied permission from the council for an extension so the home had to be gutted first with internal walls and a chimney have to be removed.

The changes they made improved the lives of the whole family, including Mr Dobbin who became able to shower in a wet room.

Mrs Dobbin said her aim was to make sure he has the ‘best life’ she can give him. She told the show: ‘I don’t know how I would have lived without him. I would rather have him the way he is than not at all.’

She added: ‘The changes that DIY SOS made to the house have made life so much easier for all of us.’