PICTURED: Tragic dad-of-two, 44, who drowned after he went surfing alone at a popular Queensland beach

A father-of-two tragically drowned after he went surfing alone at a popular Queensland beach.

Simon Wilson, 44, had gone surfing at Mermaid Beach on the Gold Coast on the morning of August 6.

He was pulled from the shallows by lifeguards and received CPR for 15 minutes but Mr Wilson was unable to be saved.

The devoted dad leaves behind his wife Lisa and children, Ava, eight, and Finn, four.

A GoFundMe page has since garnered around $10,000 to help the family deal with the loss of ‘their beautiful’ dad and husband.

‘Ava along with her younger brother Finn, are now left to grow up without their Dad tucking them in each night,’ the GoFundMe page said.

‘As our hearts break for these two beautiful children and Lisa who is now on her own to raise her babies without her soul mate, we ask you to please give a donation that can be used to help support Ava and Finn during these expensive years of education and after school activities. 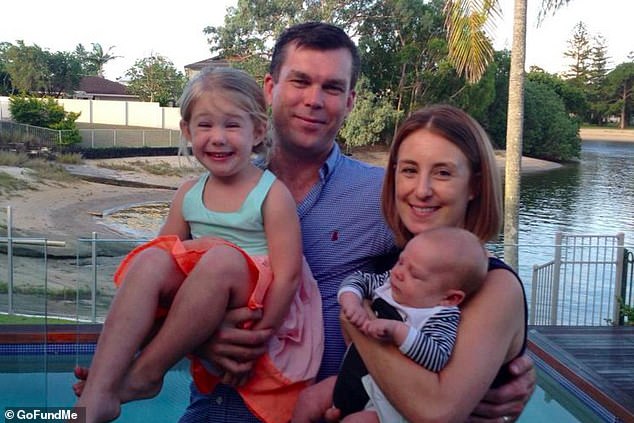 Mr Wilson (pictured with daughter Ava, son Finn and wife Lisa) had gone surfing alone before he drowned at the popular beach in Queensland

‘It will be a long road ahead for this family to re-build a new family dynamic and grow into a family of three.’

Stuart Cutajar from the Queensland Ambulance Service said everything had been done to revive the local surfer.

‘It was a lengthy resuscitation, every effort and everything we could possibly do was tried for this male,’ he told reporters. 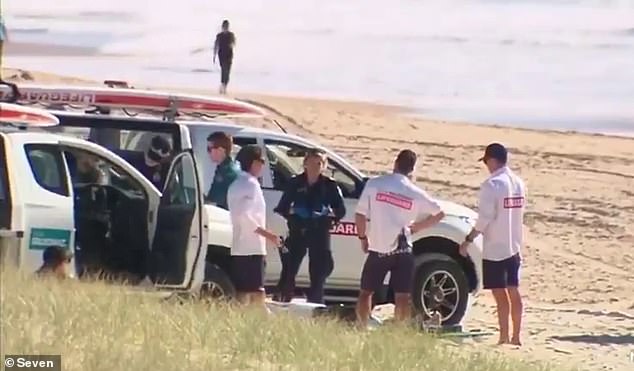