An angry father has shamed another parent for parking across two pram spots at a Westfield shopping centre car park.

The man took to Reddit to share a photograph of the dodgy park, which he took at the Bondi Junction centre in Sydney’s east on Sunday.

‘There’s obviously a Very Important Parent at Westfield Bondi Junction this morning,’ he wrote alongside the photo.

The picture quickly gained the attention of other Reddit users who shared opinions in similar experiences.

‘I’ve noticed people with expensive cars sometimes park like that to avoid getting dents. When I see it I leave a note that says ‘Sorry for the damage’ without doing any damage. Let them waste time looking for it,’ another added.

Other Reddit users turned their attention to the Toyota  Corolla on the far right of the photo, suggesting they were to blame for the Volvo’s poor parking.

But the father clarified the car was his own and that he had been forced to squeeze into the spot.

‘The space next to me isn’t actually a parking spot. Just to the right of my car are some bollards and a path to walk through to another section of the parking lot,’  he explained.

One Reddit user pointed out it was often luxury cars that ended up wedged between two parking spots.

‘Where I live normally it’s a 300,000 dollar Mercedes or some other luxury car parked like that. I wonder what it is about expensive cars that seems to attract people that can’t drive,’ one user responded.

‘They tend to be driven by people with a higher income, and thus feel more entitled,’ another added. 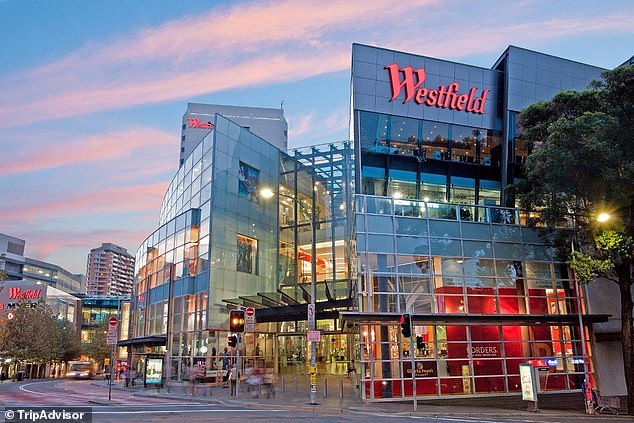 It is not illegal under New South Wales law to park in a designated pram spot because they are not provided for by the state government and therefore are not enforced by police.

The parking spaces are provided by the owner of the private property, and in most cases centre management has the right to ask someone to relocate their car.

Some Reddit users pointed this out but others were also quick to rebut that common courtesy wasn’t exclusive to following laws.

‘Lots of things aren’t illegal, but are common courtesy,’ another responded.

‘You can park in pram parks. You can push in front of lines. You can cut people off. You can smoke at the bus stop. You can take up a whole table to yourself at a busy cafe. You’re not breaking the law, but you are being a d***.’