The vicious stabbing of a father-of-two by three large hooded men is being treated as a case of mistaken identity by detectives.

Police rushed to the Western Sydney home of Warren Scott, 45, just after 11pm on Saturday where they found his Ringrose Avenue granny flat in Greystanes in Sydney’s west billowing with smoke.

First responders also discovered blood spattered across the walls and floors of the home and on the doorstep.

The LED technician who had to be taken to Westmead hospital for cuts, bruises and abrasions, told police his home had been set on fire after intruders barged in and stabbed him.

Police rushed to the Western Sydney home of Warren Scott, 45, just after 11pm on Saturday where they found his Ringrose Avenue granny flat in Greystanes billowing with smoke. Pictured: Ringrose avenue

Investigators have not been able to establish any motive for the bizarre crime and say Mr Scott is ‘not known to police’.

‘At this point in time we believe it is a case of mistaken identity. We do not believe this male person was the intended victim.

‘We surmise they were potentially looking for someone else as opposed to that person.’

Police said the intruders first knocked on the door before forcing entry to the suburban property.

Once inside they obtained a knife from the kitchen and stabbed the victim.

One of the men then ‘set alight one of the bedrooms’ before the trio fled. 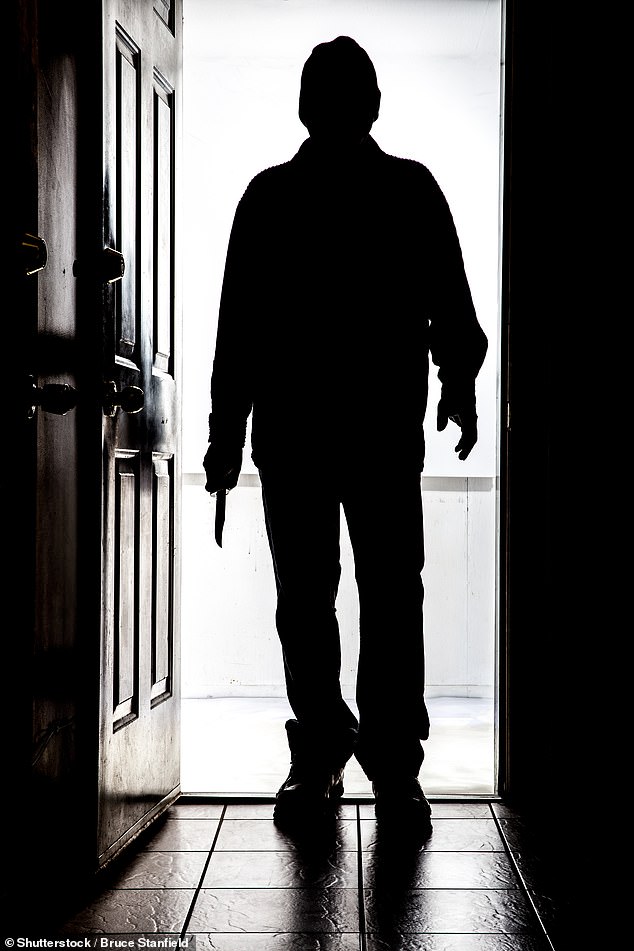 He ran next door and saw smoke pouring from the home so he started hosing it down.

Shortly after, Mr Scott came out of the front door with a gash across his face and said: ‘I think I’ve been stabbed’.

NSW Fire were able to put out the blaze quickly and the property was not badly damaged.

Police are now calling on anyone with any information to come forwarded and contact police immediately.

‘The only thing we have been able to establish so far is that we’ve got three large males all wearing hooded jumpers entering the property,’ Chief Inspector Phillips said.