Father-to-be, 25, survived a week in the wild by eating berries and crickets

A Utah man said he ate berries and bugs to survive for nearly a week while lost in wilderness along the Idaho-Montana border.

Kaden Laga got hopelessly lost after taking a wrong turning in the in Bitterroot-Selway Wilderness on August 11.

The 25-year-old is about to become a father, and told himself he had to survive and make it home to his pregnant wife no matter what.

‘I decided I was going to keep going east no matter what,’ Laga told ABC Fox Montana.

‘My new goal was to get out of there in a month and a half. In my mind, I thought I needed to give Arden a month to forgive me before the baby comes.’

Laga only had a cellphone and an empty bottle on him, and survived by drinking water from streams and eating berries and crickets. 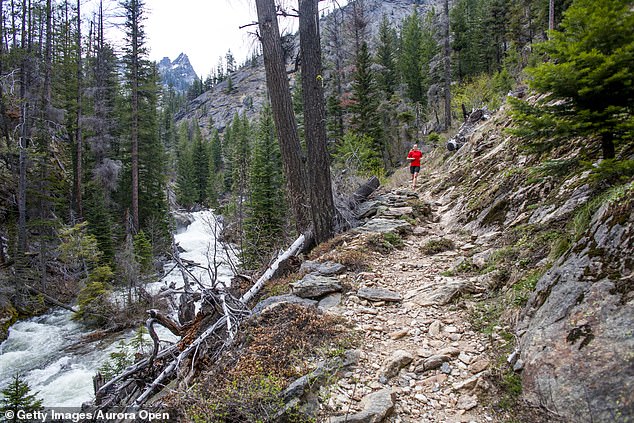 He explained to KPAX that the bugs were pretty much tasteless, adding: ‘I told my niece it’s like unbuttered popcorn.’

Laga says he spent 15 hours trying to start a fire, first by rubbing sticks and striking stones together. Later, when his cellphone battery died, he dismantled the device and tried to spark a fire from its battery and attempted to use the camera glass as a magnifier to start a flame, he told ABC Fox.

The Orem man had been on a horseback outing in the wilderness when one of the horses in the group went lame.

He said he volunteered to hike back to the trailhead and get help, but took a wrong turn and got lost without cellphone service.

‘All of a sudden I find myself on the side of the mountain and I have no idea where I am,’ he said. 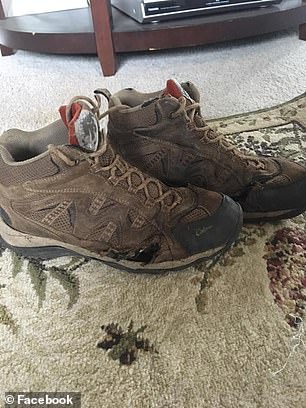 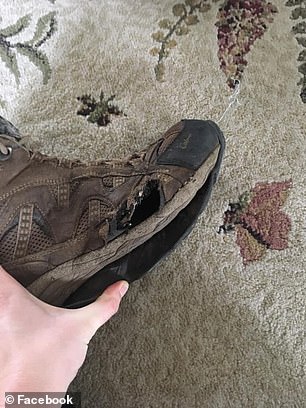 His shoes were destroyed by the hike and the Orem, Utah, native destroyed his cellphone trying to start a fire 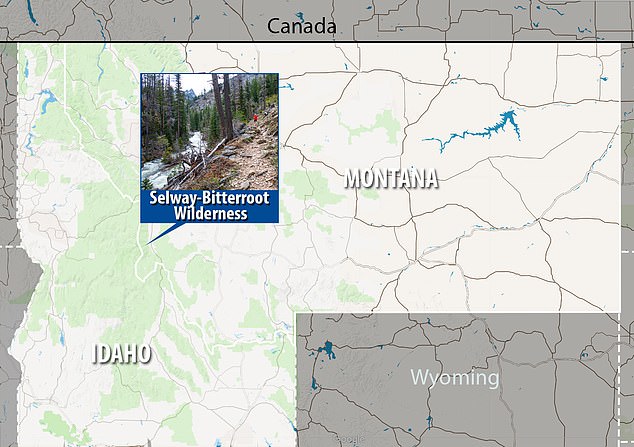 He spent almost a week desperately trying to get back to civilization.

On one night he was awoken by a loud sniffing, which he thought may have been a bear, and was forced to walk swiftly away.

He says he survived on three to four hours of sleep a night, and his hiking shoes ended up splitting with all the walking over rough terrain.

Meanwhile, search crews were combing the forest as aircraft flew overhead. Laga saw a helicopter at least twice, but the searchers couldn’t see him through the thick trees, he said.

‘They’re coming and I’m like ‘This is it, they’re going to get me,’ then whoosh! And they just take off the other direction,’ he said. 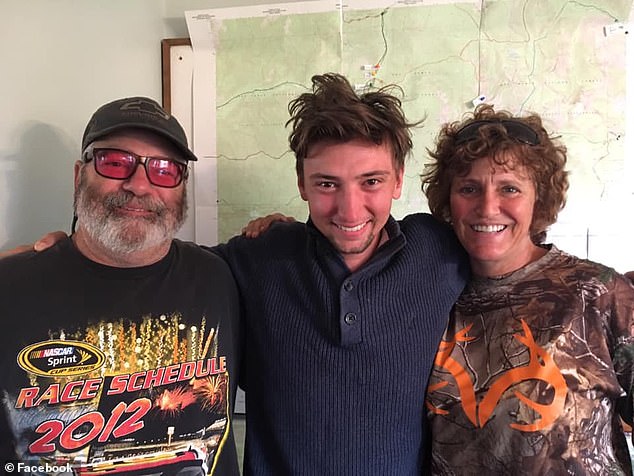 Laga discovered a trail and wandered into a search camp on Friday, where he was rescued

Finally, Laga discovered a trail and wandered into a search camp on Friday.

His wife Arden Laga said she collapsed when she heard the news. 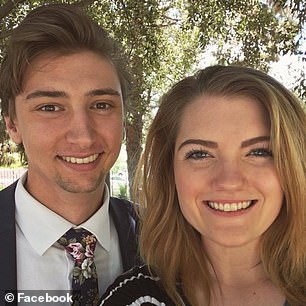 She shared on Facebook that she and her husband have been ‘resting and reconnecting ‘ since his return.

The couple plans to take their scheduled trip to Hawaii as a means of resting.

‘We will be donating all leftover supplies and food back to the community,’ she said in the post.

‘We have been using donation money to reimburse travel and efforts for Kaden’s Search and will be getting Kaden new hiking shoes, a new phone (he completely obliterated his phone to try to start a fire), and a trip to the doctors to check him physically and mentally. We are so grateful he didn’t need to go to the hospital!’