Father to face charges of torturing his seven-week-old son

A man has been extradited to Brisbane to face charges of torturing his seven-week-old son, allegedly leaving him with 19 fractures, bruising and a cut under his tongue.

The man developed a ‘transient and homeless lifestyle’ over the following years, did not own a phone, and was only found on Saturday – in South Australia, police told the court during a bail hearing.

As his charges of torture and assault were read out in the Magistrate’s Court on Thursday, the man denied the allegations, telling the judge: ‘I did not do that’.

By the time the man faced a judge, he had spent five days in custody, following his arrest on Saturday and extradition on Wednesday.

The court heard the man had struggled with mental health issues, and had used drugs, including heroin at some stage, for four years, but had been clean since December last year.

He pleaded guilty to failing to appear in court earlier this year, but applied for bail on the remaining charges of torture and assault.

The man intended to return to South Australia and continue to live with his girlfriend, but was denied by Magistrate Deborah Vasta, who said: ‘I don’t trust a word you say’.

The Magistrate noted the man had missed more than one court appearance after being charged with torturing his son.

“It’s time for you to face the music and to appear in court about it,’ she said.

The man will return to court on January 22, and has been remanded in custody. 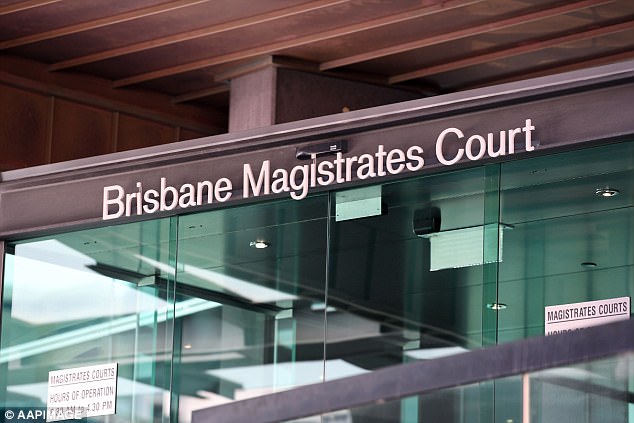 The 23-year-old attempted to apply for bail, but was knocked back as the Magistrate did not believe he would return