The devastated father of a Belgian teenager who has been missing in Australia for 17 days promised his youngest son he would bring the 18-year-old home.

Laurent Hayez travelled to Byron Bay to help search for his son Theo, who went missing in the seaside suburb on May 31.

He was last seen leaving the Cheeky Monkey bar at about 11pm and never returned to the WakeUp! Backpacker hostel, where his passport and belongings were found.

His father made a tearful plea to the Australian public to not give up on his son, and said if witnesses were ‘scared to come forward’ they should send tips in anonymously.

‘I promised Theo’s little brother, Lucas, that I would bring his brother home,’ he said.

‘Please, help me keep my promise to him.’ 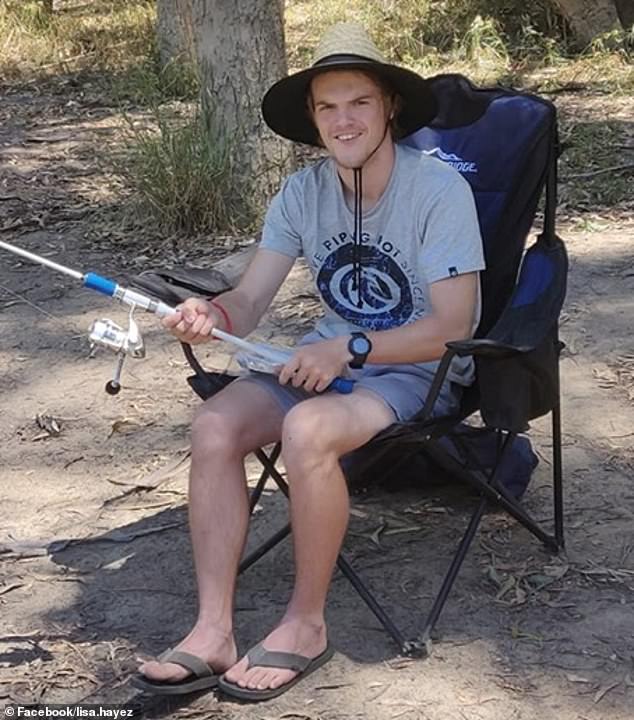 Laurent Hayez thanked everybody involved in the search so far and said he had not given up hope on bringing his son home.

Police confessed they remain ‘baffled’ by Theo’s disappearance and are exploring every possible line of inquiry.

They have been working alongside Belgian police to build a character profile on Theo and agree his disappearance is out of character.

‘We’re baffled as to what’s occurred, but let me just say – we’re not ruling anything out. We want to conduct all lines of inquiry and we’re keeping it open as we speak,’ a police spokesman said.

He confessed the investigation was made more difficult due to the delay from when he was last seen to when he was reported missing.

But the police force have promised to ‘not leave a single stone unturned’ in the search for the missing teen. 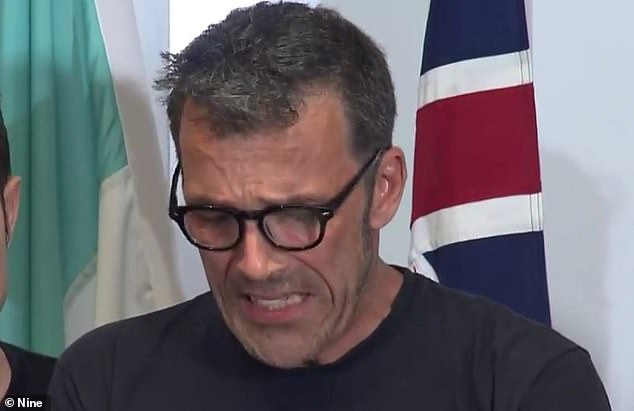 Laurent Hayez travelled to Byron Bay to help search for his son Theo, who went missing in the seaside suburb on May 31

The fresh appeal comes after his cousin and travelling companion Lisa Hayez revealed a WhatsApp message was sent from his phone in the early hours of June 1.

Mr Hayez acknowledged WhatApp’s strict confidentiality rules and said he ‘respected the rules’ but said in this circumstance, the information on the app may be crucial to the investigation.

‘We know Theo used WhatsApp the night he disappeared. We understand the politics about confidentiality and respect that. But this is a question of providing assistance to a person in grave danger.

On Sunday Miss Hayez has posted an appeal on Facebook, asking if anyone knows who he last contacted.

She wrote: ‘Unfortunately it takes ages to WhatsApp to give any information to the police so if you could share this post so someone who knows someone who works for WhatsApp could help us to get these informations ASAP!’

Theo’s phone last pinged at 1:42pm on June 1st, but police are concerned his phone may have been placed on sleep mode. 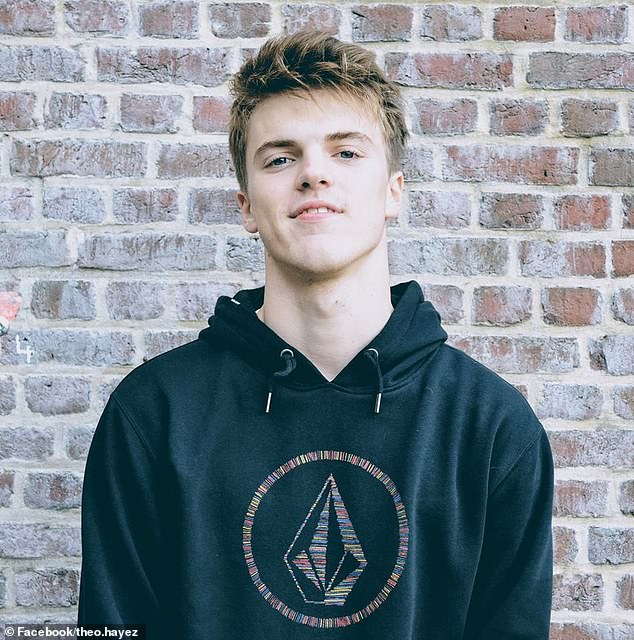 Theo was travelling on an eight-month gap year with his cousin and was due to return home a week after he vanished.

His mother Vinciane Delforge told a French broadcaster in Belgium she is holding out hope her son is safe and well – but said his disappearance is entirely out of character.

‘We would love to believe that he met a girl and had a fling… and that’s why there’s no sign of life,’ Ms Delforge said.

She said her son was a ‘meticulous planner’ who had thoroughly researched his gap year to Australia in the months prior to leaving his home town.

Theo booked his flights and accommodation well in advance, mapping out his route across Australia and left little to chance. 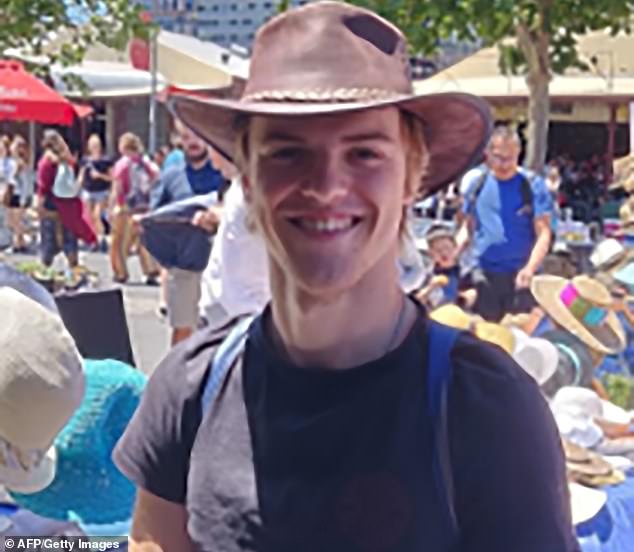 His mother, Vinciane Delforge, told a French broadcaster in Belgium she is holding out hope her son is safe and well, but said his disappearance is entirely out of character

Locals have joined SES and surf lifesaver groups, police dogs, drones and officers from the Byron and Tweed stations to scour acres of swamp, beach and bushland for the missing teen.

Byron – known for its hippy, laidback lifestyle and celebrity appeal – is used to people floating in and out of the area but locals believe this case is different.

Long term Byron Bay resident Nicoletta Revis told The Age in her 20 years living in the area she had ‘never seen anything like this’.

‘People always show up in Byron.’

Dozens of locals have offered to support Theo’s devastated family who have been offered free food and accommodation. 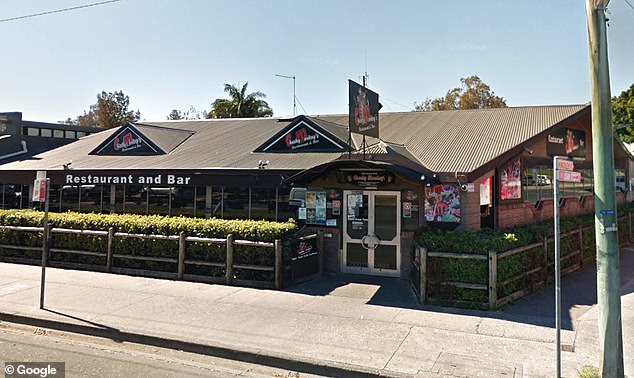 The Byron landscape provides its own challenges in the search, with its dense, swamp-like bushland and waterways.

Beaches stretch for kilometres at a time and are often surrounded by long, marshy grass.

CCTV footage shows Theo walking away from Cheeky Monkey’s and checking his phone just before midnight on May 31.

He appeared to be heading towards the Wake Up! hostel north of town, where his passport and belongings were later found untouched.

Lisa Hayez said there is no way he would have wanted to disappear.

‘We’re sure like 100 per cent sure that his goal was to go back to the hostel to sleep,’ Ms Hayez said. 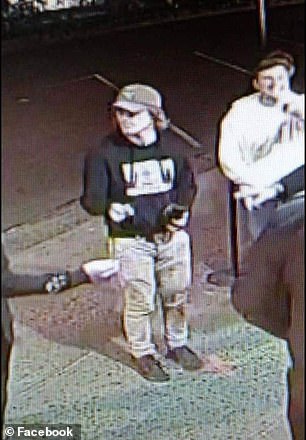 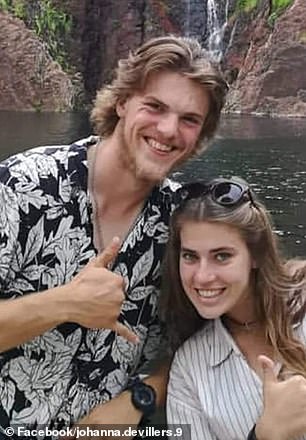 Mr Hayez (left, on night he disappeared, and right, with cousin) left his passport and belongings at his hostel 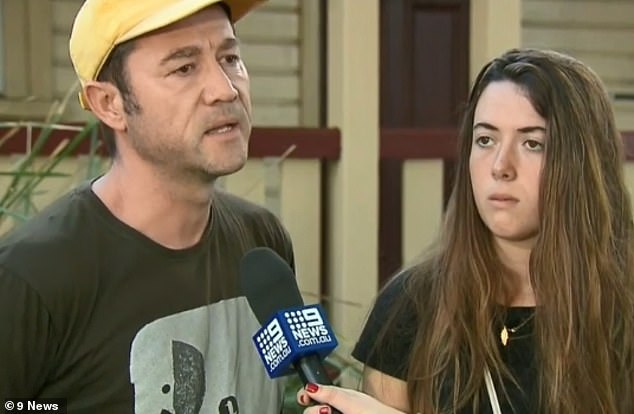 His godfather agreed, saying the teenager did not take drugs and would never have put himself in dangerous situations.

Byron Bay Command Superintendent Dave Roptell said police are ‘not ruling out anything at the moment’, and has urged anyone with information to come forward.

‘It’s baffling on two points from an investigation point of view, because we don’t know what’s happened – I feel for the family,’ Supt Roptell said.

Theo hasn’t made any financial transactions since he was last seen, prompting ‘grave concerns’ for his welfare, a NSW Police spokeswoman said.

A GoFundMe page set up to help Theo’s family come to Australia and assist in the search efforts has currently raised more than $60,000. 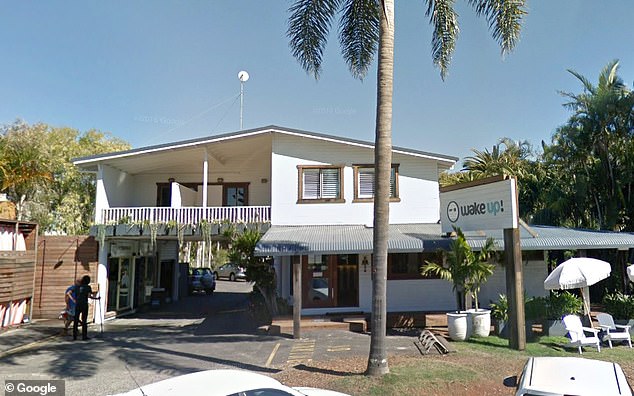 The traveller appeared to be heading towards the Wake Up! hostel (pictured) north of town, where his passport and belongings were later found untouched 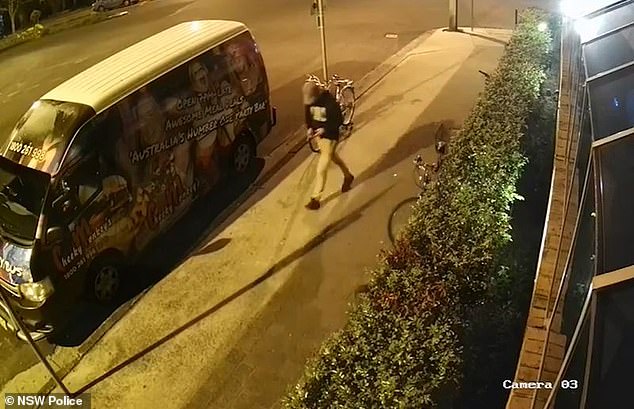