Nando’s diners fled in a frenzy this afternoon after a faulty oven produced a loud bang, sparking fears a bomb had gone off.

Around 60 chicken and chips enthusiasts, some yelling ‘bomb’, fled the restaurant’s branch in Bluewater Shopping Centre at 3pm.

Kent police confirmed on Twitter a fire alarm had been caused by ‘a cooking appliance in a food outlet.’ Adding: ‘Please do not panic’.

Inside the Bluewater Shopping Centre, pictured, which was evacuated earlier today over scares of a bomb threat 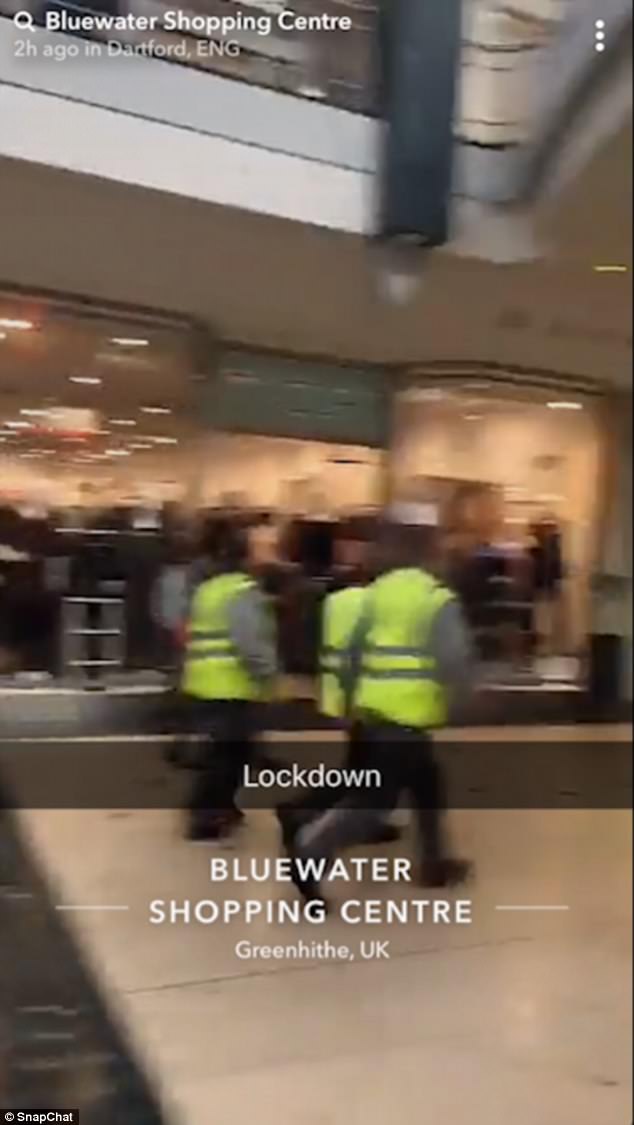 Social media users described the scene, pictured, as a panic with shoppers running for the exits in terror 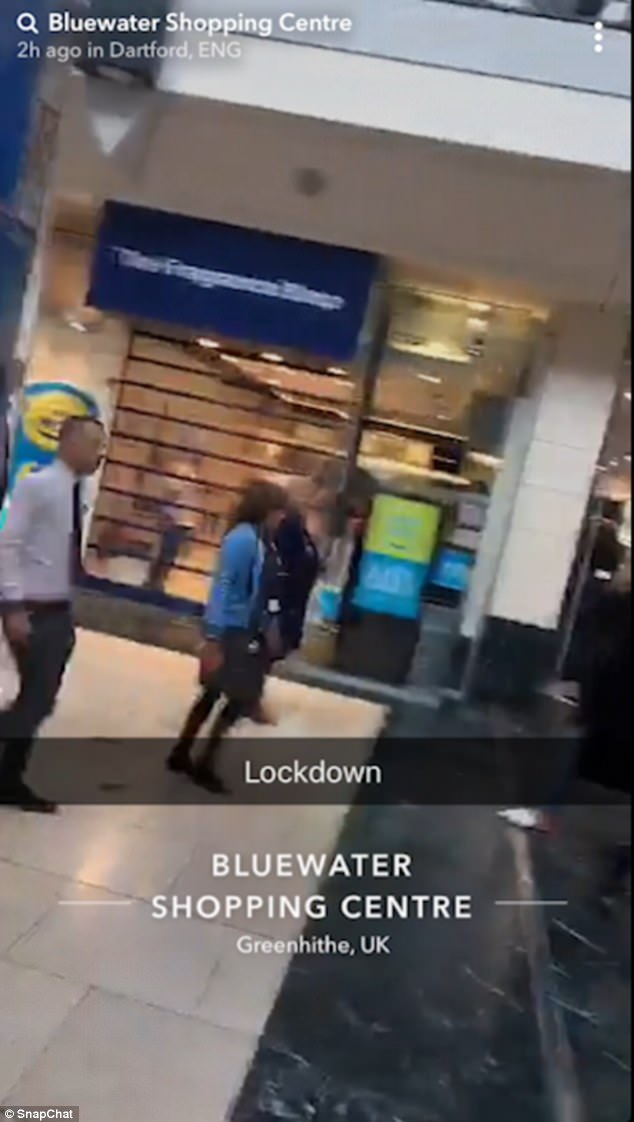 Shoppers at the Bluewater Shopping Centre, pictured, were evacuated today after a faulty oven went caused a fire alarm to go off 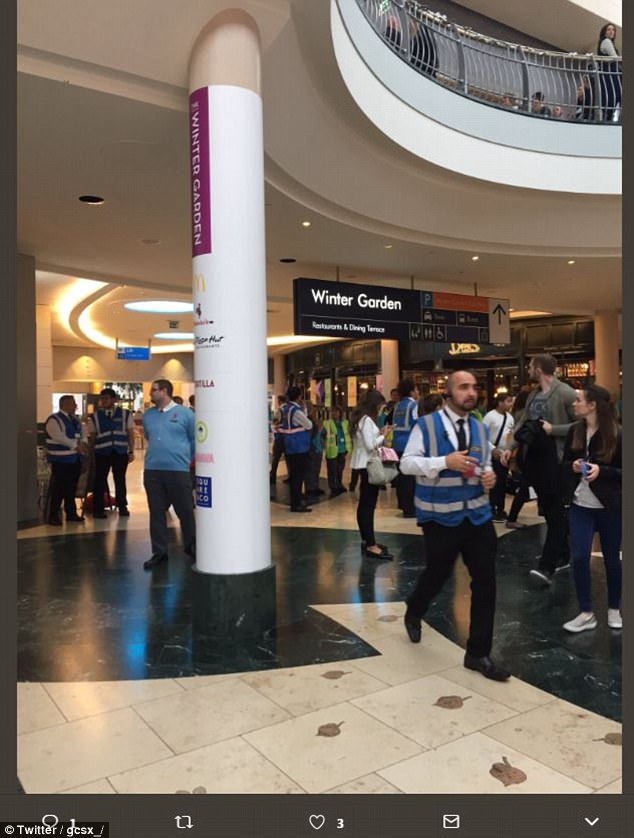 One Twitter user  made light of the situation, writing: ‘Just ran out of Bluewater about 60 people screaming bomb saw my life flash before my eyes… turns out it was a fire alarm in Nando’s.’

The Bluewater Shopping Centre said over Twitter that the incident was being investigated by Kent Fire Service.

But despite calls for calm social media has broadly described the evacuation as a scene of confusion.

Twitter user Dani Dupree‏ wrote: ‘Why the f*** did I just run for my life out of bluewater shopping centre?’

Shortly after the incident customers and employees were allowed back into the shopping centre, according to TweetBluewater, the Bluewater Shopping Centre’s official Twitter feed.

Britain’s terror threat was recently raised from severe to critical, defined by an attack ‘expected imminently’.