The FBI considered moving to appoint a special prosecutor in Hillary Clinton’s email probe months before it decided the Department of Justice should not prosecute her.

Officials tossed out U.S. Attorney Patrick Fitzgerald’s name as a possibility, according to texts from March of 2016 between two FBI agents who are in Congress’ cross-hairs for derogatory comments they made about President Trump.

Fitzgerald was the special prosecutor who brought charges against Scooter Libby, the chief of staff to former vice president Dick Cheney, as part of the probe into the blown cover of covert agent Valerie Plame. Prior to that he led the prosecution in New York of crime boss John Gambino.

The FBI considered moving to appoint a special prosecutor in Hillary Clinton’s email probe months before it decided the Department of Justice should not prosecute her. Officials tossed out U.S. Attorney Patrick Fitzgerald’s name as a possibility

He went on to prosecute the perpetrators of the 1993 World Trade Center bombing and worked on a team investigating Osama bin Laden.

As U.S. Attorney for Northern Illinois, Fitzgerald uncovered a ring of corruption around Republican Governor George Ryan. His office also went after aides to Chicago Mayor Richard Daley for mail fraud and corruption in hiring.

Fitzgerald is currently a partner at the law firm Skadden, Arps, Slate, Meagher & Flom in Chicago.

The former U.S. attorney ended up as the special prosecutor on the Plame case after Attorney General John Ashcroft recused himself and left his deputy in charge. That man James Comey.

Comey would later be tapped to lead the FBI. In that role he oversaw the bureau’s investigations into Hillary Clinton’s secret server and into Russia’ meddling in the 2016 election.

President Trump fired Comey in May, leading to the appointment of Robert Mueller to lead the Russia investigation.

Newly released texts between Peter Strzok and Lisa Page, two FBI agents who were reportedly having an extramarital affair, reveal an internal discussion about Comey appointing a special prosecutor in the Clinton case.

Strozk was a top agent on the probe into Clinton’s conduct as secretary of state. He and Page initially came under fire for texts during the presidential election in which they disparaged Trump.

The Senate Judiciary Committee has been releasing pages of their conversations that it obtained from the FBI. The exchange about Fitzgerald was in a 384-page batch provided to Congress last week.

A message on March 18 from Strzok to Page says, ‘Thought of the perfect person D can bounce this off of’.

‘Pat,’ he said, ‘You got to give me credit if we go with him….And delay briefing him on until I can get back and do it, Late next week or later.’

Page replied, ‘We talked about him last night, not for this, but how great he is.’

She then notes that Fitzgerald is in private practice but could come back to the bureau to complete the task.

Strzok reminds that Comey appointed him special prosecutor in the Plame case when he was the deputy AG and that they remain close – Fitzgerald was present at Comey’s investiture.

Page later asks if he ever found out why a special prosecutor was being considered. 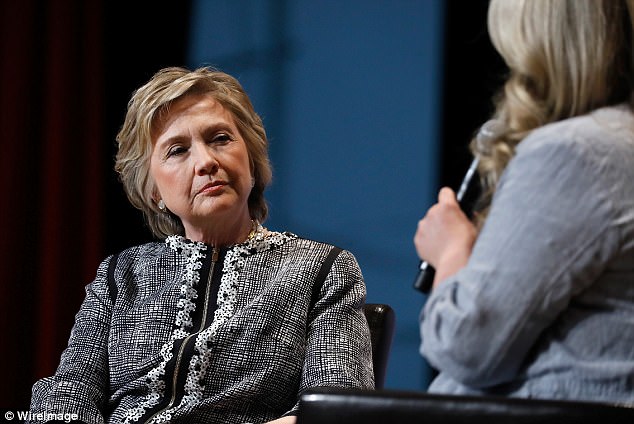 Their text messages stop after March 18 in the release for nearly two months, so it remains unclear as to why a special prosecutor was under consideration.

It would have been up to the attorney general, Loretta Lynch at the time, to appoint a special prosecutors and she didn’t.

Lynch ultimately recused herself from the case after she was caught holding a meeting with Bill Clinton at an airport when both of their planes were on the same tarmac, but that was weeks later.