FBI probing if Uber used software to interfere with rivals

The Federal Bureau of Investigation is probing to see if Uber Technologies Inc had used software to illegally interfere with its competitors, the Wall Street Journal reported on Friday.

The investigation is focusing on an Uber program, internally known as ‘Hell,’ that could track drivers working for rival service Lyft Inc, the WSJ said, citing people familiar with the investigation.

Under the program, which was discontinued last year, Uber created fake Lyft customer accounts to seek rides, allowing it to track nearby Lyft drivers and ride prices, the Journal said.

The Federal Bureau of Investigation is probing to see if Uber Technologies Inc had used software to illegally interfere with its competitors, the Wall Street Journal reported on Friday. A stock image is pictured

Uber employees created fake accounts on Lyft to find out which drivers were available, at what time and where, according to the report.

They could also find out how much trips cost and could use this information to offer drivers exclusives that might tempt them to work just for Uber.

This also allowed Uber to obtain data on drivers who worked with both the car-ride providers and could have allowed it to lure drivers to leave Lyft with cash incentives, WSJ added.

‘We are cooperating with the SDNY investigation,’ an Uber spokesperson told WSJ, referring to New York’s Southern District, but declined to offer any further details.

The key question for investigators was whether the program comprised of unauthorized access of a computer, the newspaper reported.

The investigation is being led by the FBI’s New York office and the Manhattan U.S. attorney’s office, the Journal said.

Uber is already grappling with a range of legal troubles and the report of the FBI investigation comes days after the company named Expedia Inc’s Dara Khosrowshahi as its chief executive.

The firm is already being investigated for another tool known as ‘Greyball,’ which helped its drivers dodge local transportation regulators.

Uber’s so-called Hell software was first revealed in April, when a report by The Information claimed it allowed Uber drivers to create fake Lyft accounts to find out which drivers were available, at what time, and where.

The report, citing inside sources, suggested the tracking software would allow Uber drivers to stalk their competitors, and lure riders away. 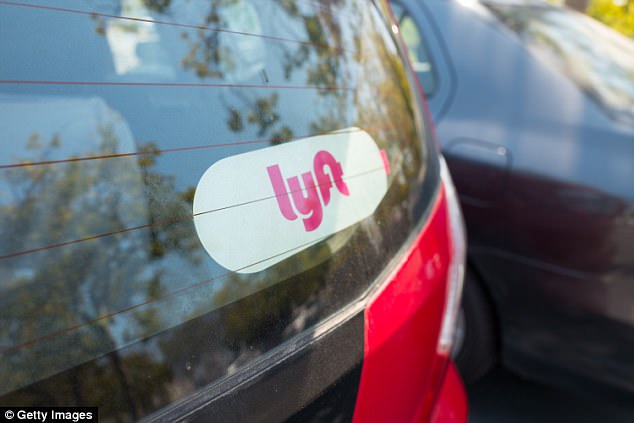 The software allowed Uber to obtain data on drivers who worked with both the car-ride providers and could have allowed it to lure drivers to leave Lyft with cash incentives, WSJ added. A stock image is pictured

It also claimed the program revealed the cost of the different trips, which could be used to offer drivers exclusives that could tempt them to work only for Uber.

According to the report, Uber stopped using ‘Hell’ at the beginning of 2016 when Lyft completed a $1 billion (£800 million) round of funding.

Only the inner circle knew about the software, including former CEO Travis Kalanick and other executives.

Alphabet’s Waymo claimed in a lawsuit earlier this year that former engineer Anthony Levandowski downloaded more than 14,000 confidential files before leaving to set up a self-driving truck company, which Uber acquired soon after.

Many of these documents relate to lidar — or light detection and ranging — scanning, one or more lasers sends out short pulses, which bounce back when they hit an obstacle, whether clouds, leaves or rocks.

In self-driving cars, the sensors constantly scan the surrounding areas looking for information and acting as the ‘eyes’ of the car.

Uber denies it used any of Waymo’s trade secrets.

A trial is scheduled for October.

The software was first developed after employees at Uber created fake accounts to trick Lyft’s drivers. This allowed them to see where free drivers were.

Later they discovered that Lyft, which was founded in 2012, had ID numbers for each of its drivers which meant they could more systematically study them.

At the time, inside sources said Uber might face legal action as a result of the report, which is another stain on the company’s reputation, amid accusations of routinely tolerated sexism and sexual harassment in the workplace.

And, then-CEO Kalanick faced backlash after a video surfaced showing him berating a driver.

Kalanick stepped down as Uber’s CEO in June.