FBI analysts and Smithsonian Institute curators quietly analyzed an iconic hat purported to belong to Abraham Lincoln in an attempt to determine its authenticity.

The hat in question is a chocolate brown, beaver fur stovepipe hat which had been on display at The Abraham Lincoln Presidential Library and Museum in Springfield, Illinois.

The museum has long claimed that the hat, which was acquired in 2007, belonged to and was worn by the 16th president.

The FBI and other experts were asked to perform DNA tests, among others, to help confirm the authenticity of this brown, beaver fur, stovepipe hat purported to belong to Abraham Lincoln 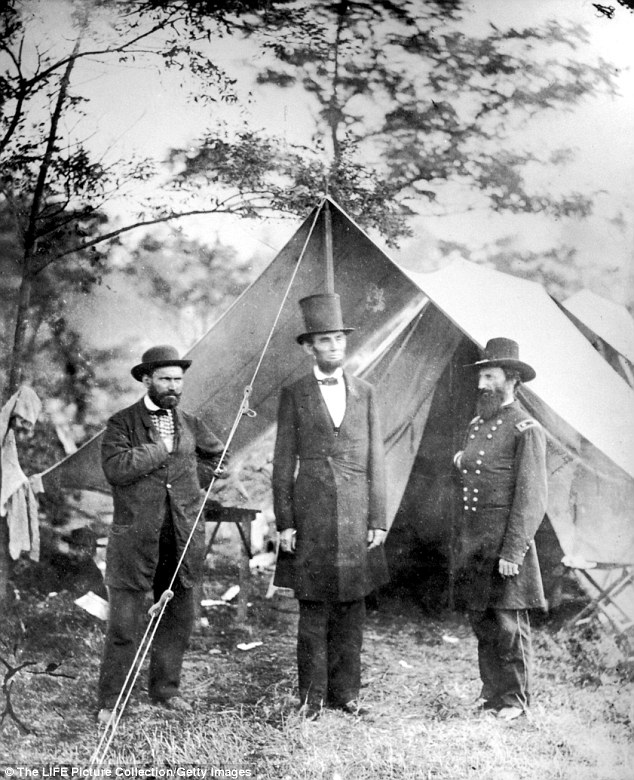 The brown stovepipe hat has long been associated with Lincoln, the 16th president. The hat in question was purchased and put by the The Abraham Lincoln Presidential Library and Museum

It is a prized possession, a big visitor draw and valued at $6.5 million — one of only three such Lincoln hats displayed at an American museum.

The unpublicized request to confirm authenticity of the hat was made by the museum’s foundation, an independent organization responsible for fundraising and acquiring objects.

Among the tests conducted on the hat was DNA testing, in which samples taken from the hat were compared to Lincoln’s blood recovered from the night of his assassination in 1865.

The result were said to be inconclusive, with historians writing a report telling the museum it ‘might want to soften its claim about the hat’ given the fact that its origins cannot be definitively authenticated.

The results were not shared with the public until Chicago radio station WBEZ uncovered them this week.

Museum chief Alan Lowe expressed frustration over the foundation’s secrecy, but downplayed the DNA test results, saying it would be hard to get a perfect match from an 180-year-old item handled by many people. 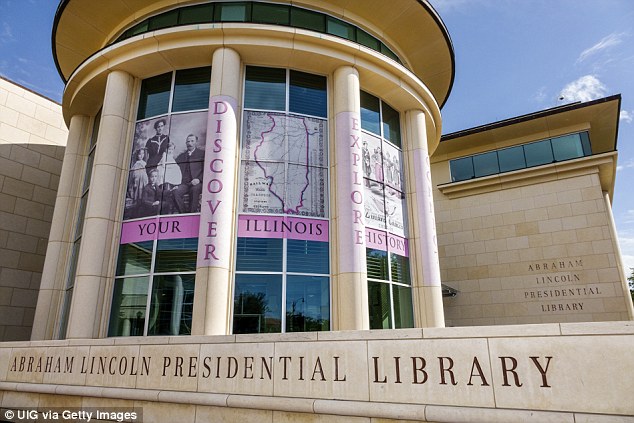 The Illinois museum’s foundation purchased the hat in 2007. It has been valued at $6.5million The Lincoln museum’s was believed to have been one of three stovepipe hats worn by Lincoln and on display in the US. The hat’s test results were said to be inconclusive, however. Here, one of the three Lincoln hats is seen at Vermont’s Hildene mansion in 2012

‘It is important to understand that neither of these initiatives produced new evidence about the hat’s origins,’ Lowe said in a statement.

Thanks to the publicity, the museum will begin a new search for evidence about the hat’s past, he added.

‘What we learn, no matter what it says about the hat’s origins, will be shared with the public.’

For now, the hat is stowed away.

A museum spokesperson told the Chicago Sun-Times that the hat hadn’t been on display for several months, as ‘it is delicate, and too much exposure to light and fluctuations in heat and humidity can damage it, so we don’t often have it out in public’.

The museum said that it has no plans to display the hat until the additional research is completed. Then, the museum will decide how to present the hat to visitors.

According to the report, which was obtained by WBEZ, federal investigators were not paid by the foundation of their work, but they demanded ‘strict confidentiality regarding the testing and its outcome.’

The alleged Lincoln stovepipe hat was part of a $25million acquisition of the assassinated president’s artifacts which were purchased in 2007 by the Abraham Lincoln Presidential Library Foundation.

WBEZ reported that the foundation is currently seeking state taxpayer support and private donations in an effort to repay $9.7million in loans from that 1,600 artifact purchase more than a decade ago.