Pet owners are being urged to watch out for signs their animal may be ill after two dogs recently died from a disease spread through rat urine.

The two dogs from the Melbourne suburbs of Ringwood and Bayswater contracted an infection known as leptospirosis which caused the animal’s liver and kidneys to shut down.

The bacteria that causes the infection, known as leptospira, is usually found in warmer areas of Queensland, however, there have been a number of cases recently in Sydney due to the city’s rising rat population.

The infection can be caught be humans and causes vomitting, fever, and renal issues.

A recent post on a pet minding page suggested the bacteria would be in Lillydale Lake but both Melbourne Water and Yarra Ranges Council has debunked that theory.

Leptospirosis is a disease spread from animals to humans, caused by infection with the bacteria Leptospira.

The most common sources of infection are contact with infected animal urine and/or contaminated soil or water. Outbreaks may occur following periods of heavy rain or flooding.

Leptospirosis occurs worldwide, but is more common in tropical and sub-tropical areas with high rainfall. In Australia, Leptospirosis is most common in north-eastern NSW and Queensland.

The disease can cause vomitting and liver and kidney failure.

Most cases are mild but a small number can become serious.

There is a vaccine for dogs but there is no vaccine available for use in humans.

Treatment with appropriate antibiotics as early as possible in the course of the illness is recommended.

Yarra Ranges environment and infrastructure director Mark Varmalis said the council was aware of social media posts claiming that Melbourne Water had been testing water at Lillydale Lake for leptospirosis.

‘The council and Melbourne Water are not aware of leptospirosis in the water at Lillydale Lake, and this is not something Melbourne Water routinely tests for,’ Mr Varmalis told The Herald Sun.

He did, however, recommend dogs stay out of the lake especially after rain when untreated stormwater and run-off can flow into the lake.

The City of Sydney said earlier this year that an unprecendented number of construction and infrastructure projects were causing a spike in the city’s number of rats.

Officials said they were looking to cities overseas on how to best fight the problem.

‘An investigation will (now) look at different rat eradication measures used across the globe and whether they can be applied to our area,’ a spokeswoman said in a statement. 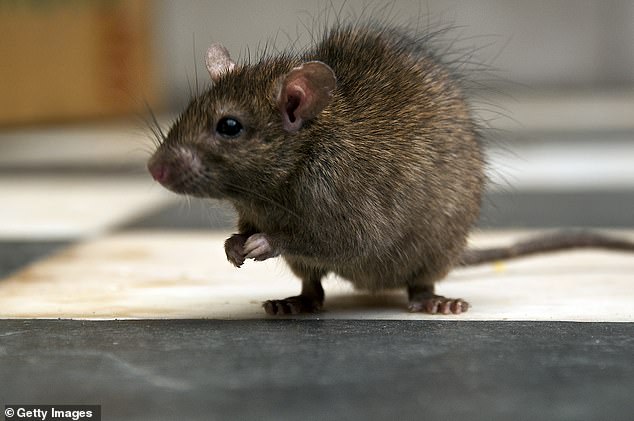 City of Sydney doubled the number of rat baiting stations in public areas to 860 in response to a recent outbreak of leptospirosis that killed a number of inner-city dogs.

The council has written to Sydney Trains, Property NSW and the NSW Land and Housing Corporation urging them to increase baiting and monitoring programs.

Businesses and residents have also been asked to properly dispose of food scraps and other waste.

Any pet owners who think their animal may be acting a ‘little off’ is urged to speak to their vet.

The infection can be successfully treated with intravenous antibiotics if caught early.

A vaccine is also available that vets can administer on a case by case basis.