By Tita Smith For Daily Mail Australia and Aap

A nurse who is missing in floodwaters in northern NSW has been identified as a desperate search to find her enters a third day.

Anita Brakel, 55, became trapped in her white Holden station wagon at Monaltrie, south of Lismore, about 10pm on Tuesday.

The aged care nurse, from Nowra, had been working in the area when she encountered trouble driving on Wyrallah Road.

She desperately phoned police to say that she was trapped in floodwaters, but when officers arrived at the scene she and her car were nowhere to be found.

Fears are growing for Anita Brakel, 55, after she became trapped in her white Holden station wagon at Monaltrie, south of Lismore, due to floodwaters about 10pm on Tuesday

No trace of Ms Brakel or her car has been recovered despite searches involving Police Rescue, Water Police and NSW SES volunteers.

A public appeal for information was launched on Wednesday as fears grow for Ms Brakel’s safety.

‘She was recruited up there by an aged care agency as a nurse,’ Assistant Commissioner Joe Cassar told reporters on Wednesday.

‘We have the general location of Wyrallah Road, south of Lismore, but we have been unable to locate the vehicle or her. 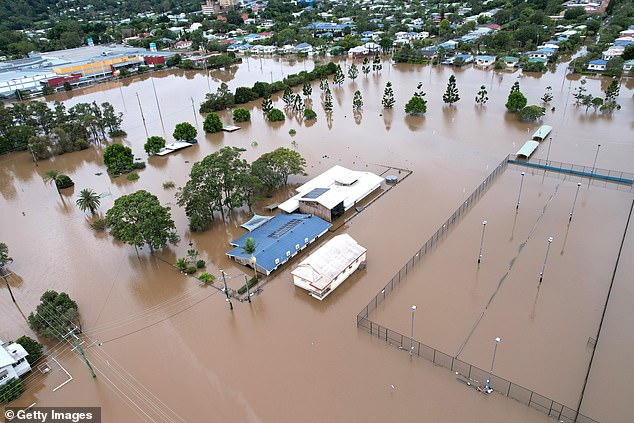 Ms Brakel phoned police to say she was trapped about 10pm, but efforts to find her have so far been fruitless. Pictured: Floodwaters in Lismore on March 31

‘As you can appreciate, they are high flood waters – so we will continue our search.’

Meanwhile, anger is growing in the community about the response from official agencies about the flood risk in the Northern Rivers.

‘I was incredibly disappointed with the instructions from the SES,’ Lismore resident Nancy Casson told the Nine Network.

Major flooding was continuing in Lismore on Thursday morning, with the Wilsons River likely to continue spilling over its levee until Thursday afternoon, when river levels should begin to ease.

The river peaked on Wednesday at 11.4 metres, just below a predicted 12 metre high. 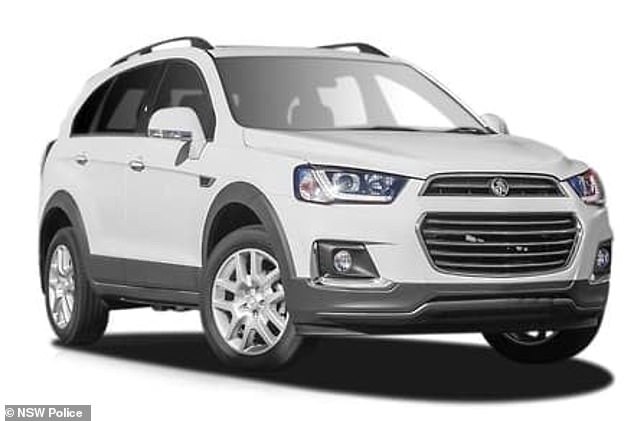 Further south, major flooding is expected at Ulmarra and Maclean from Thursday morning, and at Grafton on Thursday afternoon as the Clarence River peaks at about 5.7 metres.

On the Mid North Coast, the Bellinger River peaked on Wednesday, while moderate flooding continues in Thora and Bellingen.

Kempsey is also experiencing moderate floods on Thursday. Similar conditions are likely at Smithtown, with the Macleay River likely to hit 6.3m in the city.

Meanwhile, Flood Recovery Minister Steph Cooke urged people donating to flood victims to use official channels so people on the ground do not become overwhelmed with items.

Some 54,000 items worth about $620,000 have been handed over through the non-profit organisation GIVIT since March when flooding began.