Shania Houghton, 14, has been missing for the last three days

A teenage girl has been missing for three days after she was last seen carrying two kittens in Essex.

Shania Houghton, 14, was last seen on Southend High Street at around 5.30pm carrying her kittens.

She was wearing black trousers, black and white shoes and had carried a large bag.

Essex police have launched a second appeal to the public, to help find the ‘vulnerable’ young girl.

Shania, who has been deemed ‘vulnerable’, is known to visit East London areas, particularly Stratford, Walthamstow, Leyton and Hackney.

A spokeswoman for Essex Police said: ‘We understand that we have already asked for help to find Shania earlier this month, but she is a vulnerable young person and we are concerned for her safety.

‘She is known to visit areas in East London, in particular Stratford, Walthamstow, Leyton, Ilford and Hackney, as well as more central areas of London such as Islington.’

Anyone with information is asked to contact Southend Police Station on 101. 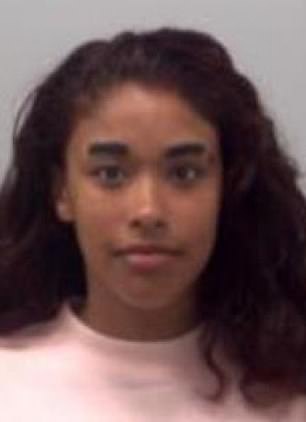 The teenager was last seen carrying her two kittens in Essex at 5.30pm on Thursday