The hit 1920s song ‘Yes, we have no bananas’ was penned following a global shortage of the popular fruit.

Now the ditty is in danger of becoming reality once again as a devastating disease ravages the world’s biggest plantations.

Colombia has declared a national emergency after a destructive fungus was found in its soil.

Since the 1990s a fungus called Panama Disease has been spreading across Asia, Australia, Africa and the Middle East. Wherever it took hold, commercial growing ceased.

The consolation was that the Americas, the largest producer, had remained untouched.

And now the Fusarium type 4 (TR4) organism was detected across nearly 180 hectares in the northeastern province of La Guajira.

The situation is so serious that could halt imports of the five billion bananas that come to the UK every year.

All cultivated bananas are a strain known as Cavendish and their lack of genetic diversity leaves them vulnerable to extinction.

It is hoped that genetic modification and exploiting wild varieties may help find a solution. 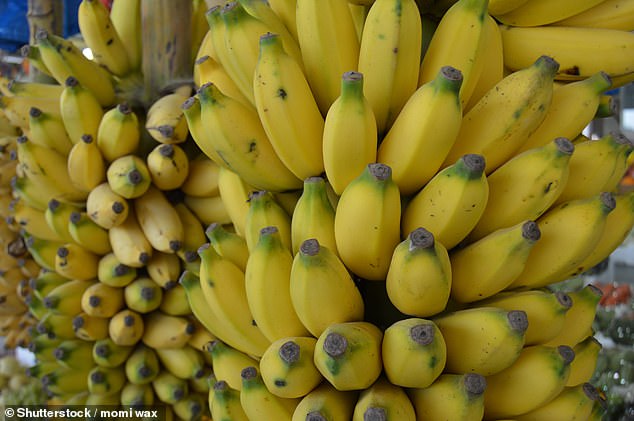 The Cavendish was first cultivated in the hot houses of the stately home Chatsworth in Derbyshire belonging to the Cavendish family, better known as the Dukes of Devonshire.

But in the early 1920s the Gros Michel fell victim to the first known strain of Panama disease, which wiped it out.

The Cavendish was resistant to this strain and for decades it has underpinned the success of the industry.