Feel like you’re in a career rut? The five most common reasons why workers leave their jobs

Feel like you’re in a career rut? These are the five most common reasons why workers leave their jobs

People leave their jobs to move on to a new workplace everyday, and for a plethora of reasons.

Close to 5,000 people were interviewed as part of the research, and the respondents’ answers varied from mediocre management to no room to move up within a company.

Here, FEMAIL takes a look at their reasoning.

The number one reason people choose to move on from their jobs is due to mediocre management.

While it wasn’t everyone’s reason it was a big contributing factor for others.

Seek claims there are nine types of bad managers in a workplace including ones who never seem to be around, those who micromanage and ones who provide no details.

Other bad types of manager include passive managers who never have an opinion and those who spread themselves too thin.

Another reason why so many people moved on from their jobs is because they felt there was no opportunity to progress within the company.

This can be for a number of reasons such as you work in a declining industry or your colleagues are being promoted ahead of you.

However it is the second most common reason why Australians resign.

Many people quit their jobs to start a completely new career path because they’ve developed a new interest or there have been advances in the industry.

Around 19 per cent of people have made a career change in Australia over the last 12 months.

If this is something you want to do, Seek offer tips including self-assessment, networking, speaking to your boss and volunteering. 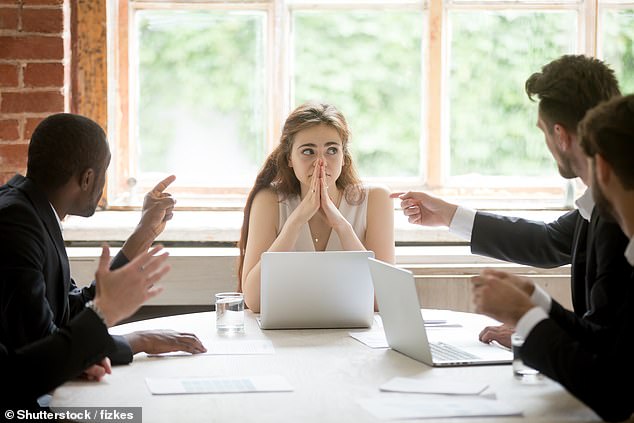 ‘Poor working conditions or working in a negative environment was the fourth most driver in Australians to quit their jobs,’ the Seek website explains.

Your workplace meets the description of toxic if nothing is done when bullying is reported or there is an expectation that work comes before anything else.

The fifth reason why Australians left their job is because they feel as though they are worth more money than they are getting.

Being dissatisfied with their pay left many walking out the door of their last job.

When asking for a raise talk about the positives of your job and what you have achieved over the last 12 months.

This should highlight to your boss why you deserve better.