Lying in a quiet treatment room, I’m acutely aware of the 95 super-fine needles sticking out of my face. My cheeks, forehead and chin thrum with heat as blood rushes to the surface of my skin.

I catch a glimpse of the needles and try to remember the name of the horror movie I watched as a kid that featured a man who resembled a human pin-cushion. As if reading my mind, my torturer — sorry, acupuncturist — assures me any discomfort will be worth it.

‘You will be amazed at the difference. The results are quite profound after just one session,’ says John Tsagaris, who claims to have pioneered cosmetic acupuncture in the UK. He looks easily ten years younger than his age of 51, making him a walking advert for the treatment — and he is far from its only advocate.

The treatment is being touted as a natural alternative to Botox. ‘I see a lot of people who have tried the Botox route but prefer cosmetic acupuncture,’ says John. ‘Botox hides a problem, but acupuncture does so much more. It enhances the skin’s own ability to regenerate.’

But can needles really turn back the clock?

As I approach my 40th birthday, I’m keen to find out. My chubby cheeks mean in some ways I look younger than my years — but my gaping pores, increasing frown lines and red, patchy skin tell another story.

Friends have had Botox, but I’ve always been scared of losing my expressive face, and somehow it doesn’t feel right to inject my body with poison.

Acupuncture, however, is an ancient Chinese treatment with recognised benefits. The technique, in which fine needles are inserted into the skin, has been used to treat everything from backache to migraines and fertility problems.

But more importantly, says John, acupuncture addresses the health issues that might be causing skin issues. And in my case, there seem to be many.

He starts by looking at my tongue and taking my pulse — at which point he asks if I have a family history of heart disease. I tell him my dad died of a heart attack last year. 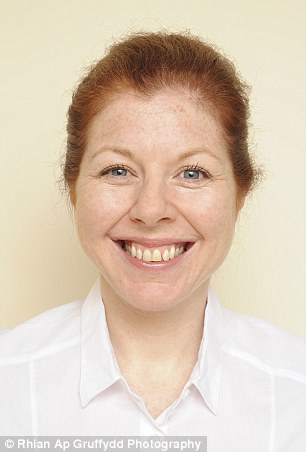 Pictured before the treatment, she was asked about her health background

He says I have a genetic tendency towards blood circulation and cardiovascular issues. He also sees problems with my digestive system — another of my father’s weak spots. He thinks I’m anaemic, have candida, and that my puffy face is a result of suffering fluid retention.

This is a lot of news to be given in a facial — what does that have to do with my frown lines? ‘Beauty comes from inside,’ he says. ‘If you don’t address these issues, it does not matter how many needles you stick in your face, your skin is not going to look healthy.’

Next, he inserts needles in my feet, legs and hands. He says the needles in my body are to help boost blood flow, increasing the amount of oxygen my skin gets.

‘Without proper circulation, your skin is not getting enough nutrients. When blood is moving there is life, when blood stops, then we die.’

Good circulation will also help boost my digestion and drain any fluids in my face.

John places 95 needles in my face — it takes about 30 minutes. Most don’t hurt, just those around my mouth and nostrils.

‘Some of these needles are going quite deep — up to a couple of millimetres into the bottom epidermis. The idea is that these needles will break collagen fibres, and then the skin reacts to this trauma by triggering a repair response. The tiny, dehydrated collagen fibres that broke will heal themselves, double in size, and become firmer and stronger.’

The needles are also doing the same with elastin fibres, he says, as well as boosting production of hyaluronic acid, which is what keeps our skin moist and plump. 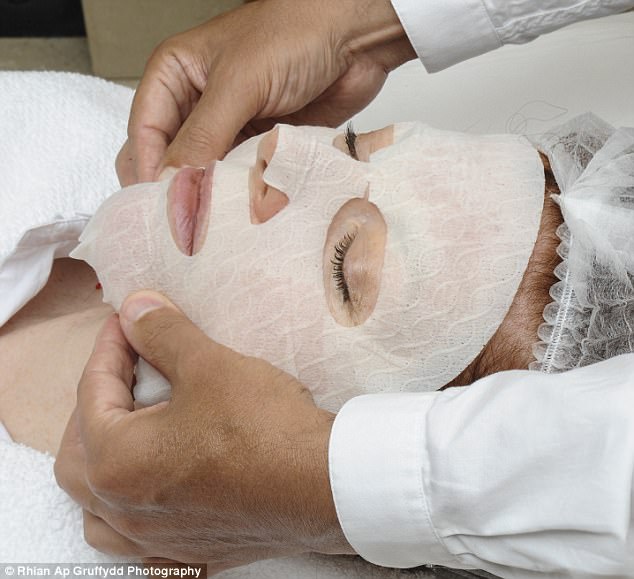 ‘As a result, this treatment is not only treating the surface, it’s helping your skin to regenerate,’ says John. And as he speaks, I feel the blood rush to my face and it does seem as if my skin is coming back to life. This is the opposite with Botox.

‘When you have Botox you are freezing muscles, which means you’re not moving them. Over time this causes those muscles to atrophy — lose strength and volume — so your forehead goes flat. After about four or five treatments, your forehead muscles become so weak the Botox will no longer work. Then you’re into the territory of getting facelifts.

‘When your muscles are frozen, blood is not able to come through the muscles, which cuts off oxygen to the skin, meaning the skin is less nourished and becomes drier and paler. It’s like your body can no longer support it,’ he says.

‘I’m not against Botox. If you have frown lines they will vanish, but in the long term it does not benefit your skin. I’ve also seen people develop wrinkles in funny areas — around the nose — because your skin has to bend somewhere.’

Again, it makes sense — and I am hanging on his every word as he finishes off with some LED light therapy (supposed to increase the skin’s ability to heal itself) and lectures me on sugar. 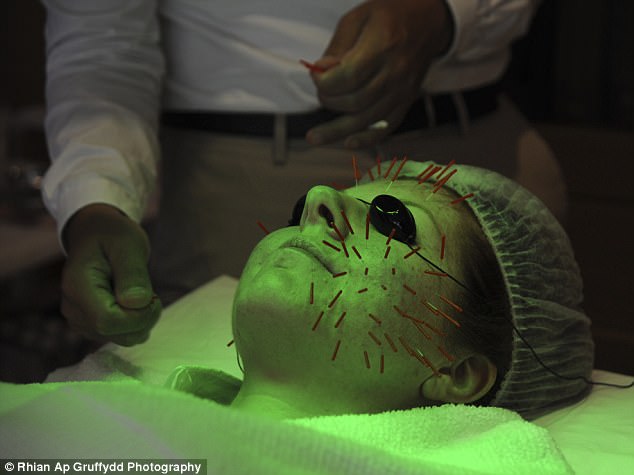 He can, he says, see that I have a sweet tooth and warns it’s ruining my skin, because sugar destroys collagen. He also tells me I have great sensitivity to male hormones, which is causing oiliness, which in turn causes my ageing, enlarged pores. When I ask why I have that sensitivity, he tells me it’s prolonged stress.

He says: ‘Stress affects hormones but it also makes you want to eat sugar — which exacerbates the problem. Do you drink a lot of coffee, too?’

When I say yes, he sighs. Coffee is dehydrating.

On the upside, he says I am lucky to have strong bone structure and firm cheeks. ‘As we get older our bones shrink, which can lead to a hollow look in the face.’

He tells me I must never complain about my hamster cheeks and I promise him I won’t. And then we’re done.

When I look in the mirror, I am shocked by how different my face looks. It is lifted, toned and has an evenness and glow it did not have before. What’s more, I feel strangely perky, almost euphoric. I practically bounce out of the clinic as he shouts after me that I won’t really notice the difference until the next morning.

He’s right. The next morning, my skin looks smoother and brighter. My forehead lines are much weaker and my eyebrows look higher up on my face.

That night, I have dinner with my mum — my toughest critic. She asks what I’ve done to my face because it doesn’t look ‘pink and blotchy’ like usual. Charming.

To reap the benefits, John says you need to have this treatment regularly — twice a month for a couple of months and once a month after that. This is a bit of an issue as he charges £245 an hour — but oh my goodness, I want to go back. A week later, my skin still looks different.

We might not all be able to spend hundreds to have needles stuck in our face, but we can all eat better and go on long walks to boost circulation — and those things will probably have just as much as an effect on our skin as the latest beauty treatment. In a dream world, I’d be doing both.