The END of manspreading? University student fed up with ‘men infringing on her public space’ wins national design award for creating chair that restricts how they sit down

A university student has won a national award for designing a chair that stops men from manspreading.

Laila Laurel, 23, created the piece of furniture to stop men from widening their legs and encroaching on other people’s personal space.

Two bits of wood are cleverly positioned on the seat to physically stop whoever is sitting down from moving their legs apart.

Laila Laurel, left, has created an anti-manspreading chair, pictured right, which forces men to keep their legs together while also designing a chair for women, with a wooden block strategically placed to make it less attractive to men 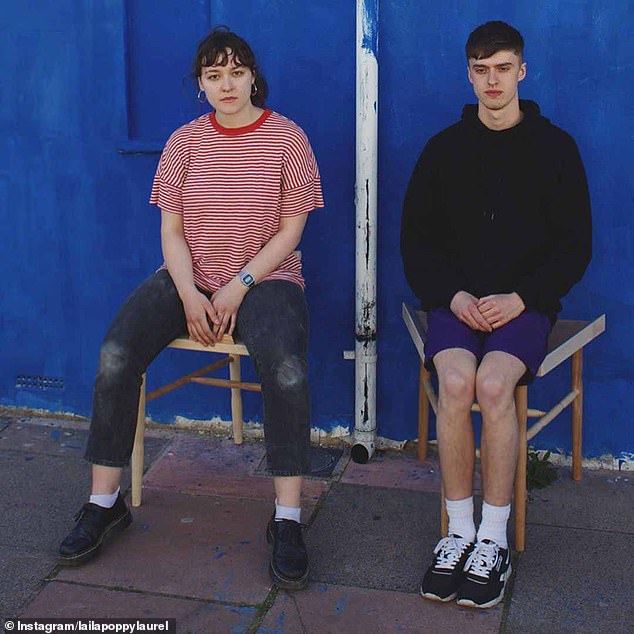 The University of Brighton student, who is graduating next month, won a design award for her work which was part of her 3D Design and Craft degree 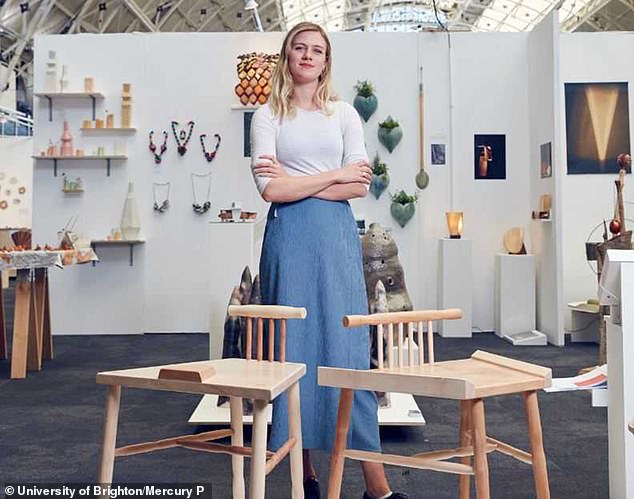 Laila Laurel, pictured, has created a chair, pictured right, will physically prevents men from taking up too much space and ‘manspreading’ by forcing their knees together. The female chair, pictured left, allows  woman extra space and to sit more comfortably

The word ‘manspreading’ was added to the Oxford English Dictionary in 2015 following an online campaign against the practice since 2013.

The dictionary definition is the ‘practice of a man sitting on public transport with his legs wide apart, taking up more space than he needs and preventing other people from sitting down’.

Ms Laurel, who graduates in 3D Design and Craft from the University of Brighton later this month, has been commended for her innovative creation.

She won an award for emerging talent in the design industry called the Belmond Award, which calls for imaginative and cleverly presented ideas.

Speaking about her inspiration, Ms Laurel said: ‘It came from my own experiences of men infringing on my space in public.

‘With my chair set I hoped to draw awareness to the act of sitting for men and women and inspire discussion around this.’

The student said she was ‘shocked’, ‘happy’ and ‘honoured’ to win the Belmond Award for her work, which is called ‘A Solution for Manspreading’.

The panel of judges said Ms Laurel’s work was ‘a bold, purpose-driven design that explores the important role of design in informing space, a person’s behaviour and society issues of today’.

Ms Laurel, originally from Norwich, Norfolk, has also made a second seat intended for women which, via a small piece of wood in the middle, encourages sitters to extend their legs wider apart.

Senior lecturer in architecture and design at the University of Brighton Dr Eddy Elton said he was ‘proud’ of his student’s achievement.

He added: ‘Over the past month our students and staff have come together to work tirelessly on its design.

‘Winning the award at such a prestigious event, which is recognised by the professional design community, was an amazing achievement for our students and university.

‘Seeing our students being called to the stage to receive this award is something I will be forever proud of.’