Female reveller, 22, relives the moment she was GLASSED in the middle of a packed Perth pub

‘So much blood’: Female reveller, 22, relives the moment she was glassed in the face by a stranger at a packed pub while celebrating her birthday just days after lockdowns were lifted

A young female bar-goer has relived the traumatic moment she was viciously glassed during her birthday night out just days after social distancing restrictions on bars and pubs were lifted.

Brooke Jeffers, 22, was rushed to hospital on Saturday night after a woman she didn’t know threw a glass at her face at the Brass Monkey Hotel about 11pm in Northbridge in Perth’s inner-city.

Ms Jeffers suffered cuts to her face and nose during the attack – some of which had to be sealed together with glue by doctors.

Brooke Jeffers, 22, (left) was the victim of a vicious glassing while on her birthday night out with friends on Saturday 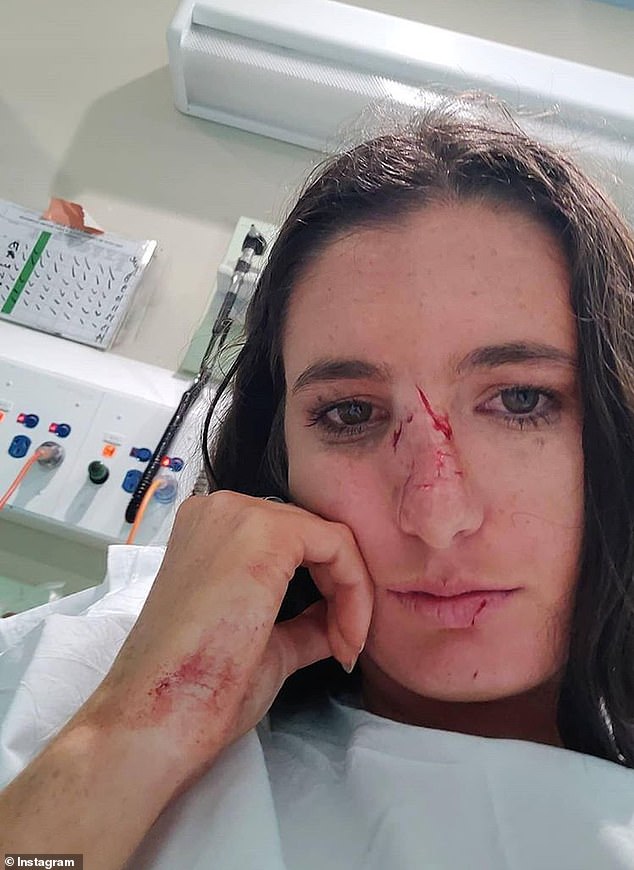 She said she came dangerously close to receiving much more serious injuries.

‘It could have been a lot worse and a lot more serious. The glass could have got in my eyes so I am grateful for that,’ she told 7News.

Ms Jeffers said the other woman had earlier thrown water at her as a minor dispute at the pub escalated.

‘We were only in Brass Monkey for about 10 minutes before it happened – it kind of came out of nowhere and ruined the night,’ the young woman said.

‘I was full of so much adrenaline I actually didn’t feel anything. There was a lot going on and so much blood.’

Police are now investigating the incident, with it hoped personal details supplied to the hotel for contact tracing purposes may help track down Ms Jeffers’ attacker – who left the scene after the glassing. 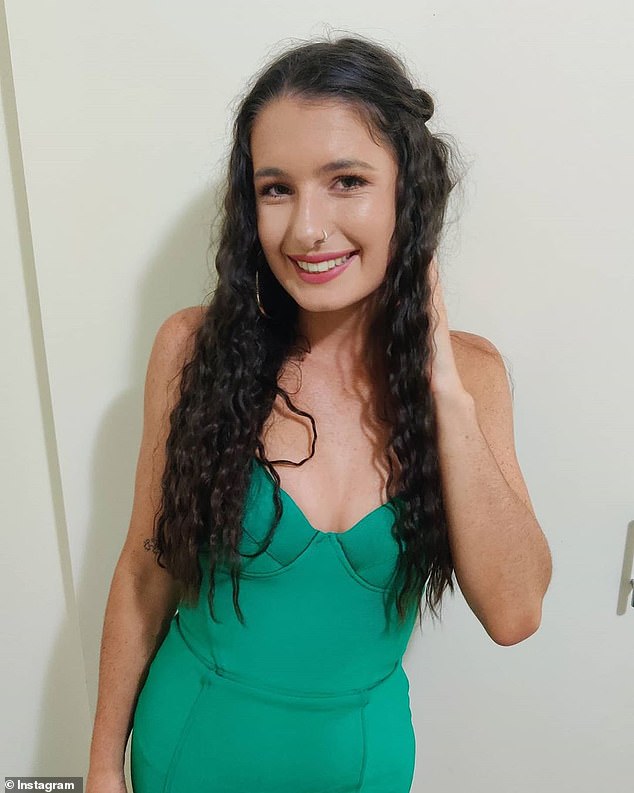 Pubs in Western Australia were allowed to open their doors again for the first time since COVID-19 restrictions began a week earlier on June 6.

The state’s government has yet to announce though whether it intends to follow federal guidelines to re-open borders in July.