A female traveller who has visited 50 countries in the past 10 years says being ‘very badass’ has kept her safe while seeing the world.

Financial analyst and writer Anurita De, 38, originally from Kanpur, India, said: ‘You have to be really bold. You have to be able to scare people. Don’t be intimidated, be very badass and try to scare them if they scare you.’

Anurita, who now lives in London, recounted experiences she had last year on a six-month solo trip to India where unfortunately she had the chance to put this philosophy into action.

Financial analyst and writer Anurita De, 38, originally from Kanpur, India, said: ‘You have to be really bold. You have to be able to scare people. Don’t be intimidated, be very badass and try to scare them if they scare you.’ She is pictured steering a boat off Meganisi in Greece 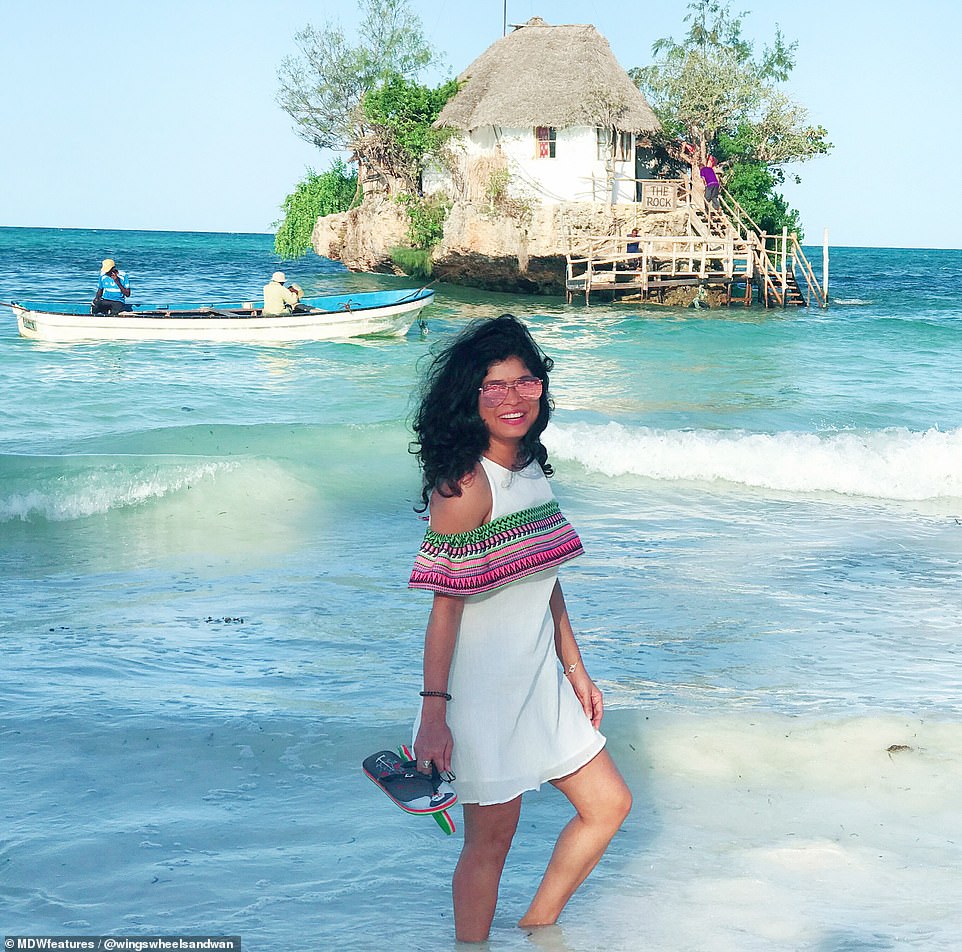 For the first 24 years of her life, Anurita didn’t travel anywhere. She is pictured in Zanzibar

She said: ‘India was a great experience but at the same time I did experience some things that I feared as well. The hotel manager tried to hit on me in a hotel in Rajasthan. I put the camera on the roof on a tripod and I was on a veranda and I was lying on the floor there trying to take pictures, and then a man lay down next to me and started stroking my cheek.

‘It doesn’t matter who that woman is, they’ll still try to hit on them. They think it’s ok for them to hit on me. It’s definitely not in the Western world. There were these shocking instances but I’m glad for them because I always wanted to travel India on my own and I had a lot of fantastic experiences.

‘This one time, a man was following me whilst I was waiting for an Uber and so I phoned my friend and described the man and asked them to connect me to the police and I spoke really loudly and he just ran away.

‘In the Western world it’s been just fine. Whatever part of the world you’re in, men will try to talk to you if you are alone. But in other places it’s different to India – and you can say no and ask for your space and it’s fine.’ 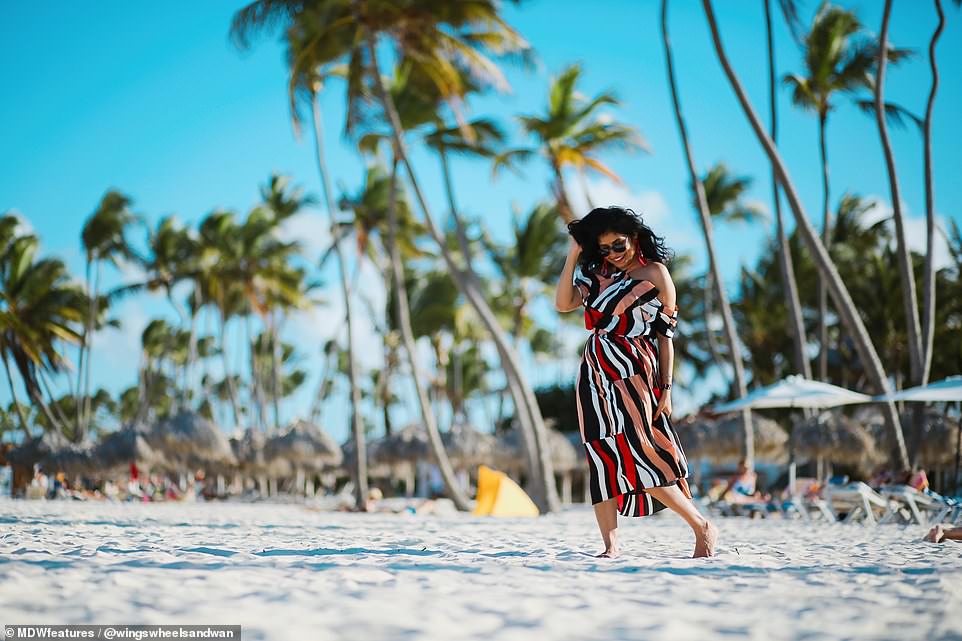 Anurita poses on the beach in Punta Cana in the Dominican Republic. It wasn’t until Anurita was 24 when she was sent to London for training that the world opened up to her 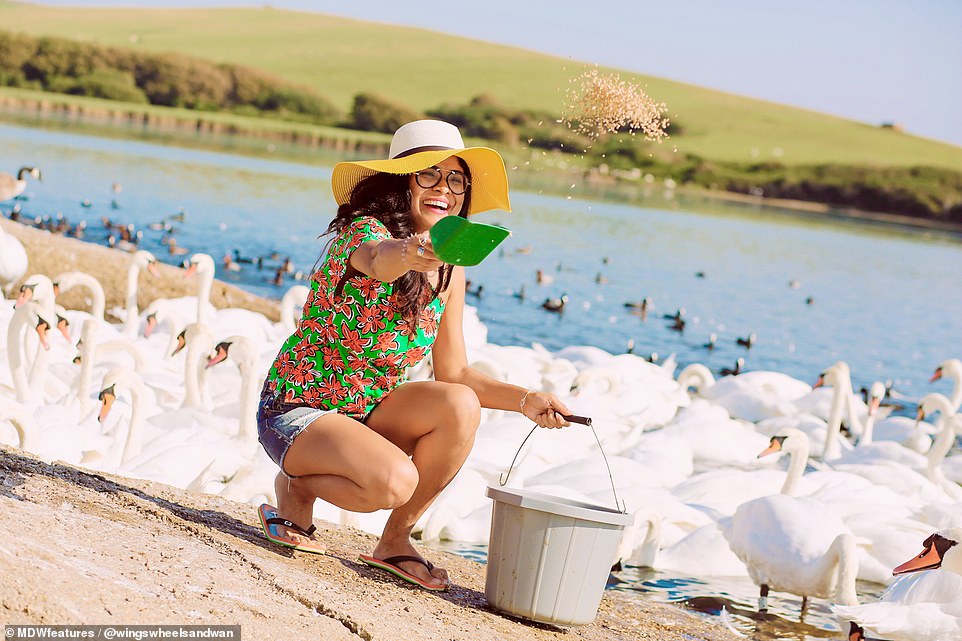 Anurita feeds the birds at Abbotsbury Swannery in Dorset. She posts stunning pictures from her travels at home in the UK and abroad on Instagram under the handle @wingswheelsandwanderlust

‘The best thing about this lifestyle is freedom. I think it’s just liberating to be wherever you want whenever you want. I see it as me becoming a richer person. I’m gaining so much in travel, culture and knowledge. I meet so many new people, it just makes me feel like a more well-rounded person overall.

‘I think it helps me in my work as well because I can bring so much more to the table when I’m meeting new people.’

Married Anurita estimates that she has spent between £8,000 and £10,000 on travel over the past 10 years but she doesn’t buy new furniture or fancy cars or have a television, and instead prioritises travel over eating out and materialistic items.

She explained: ‘For the first 22 years of my life I didn’t travel anywhere at all. I stayed in the same city and my parents didn’t travel, and I didn’t go anywhere while I was studying and finishing my degree. 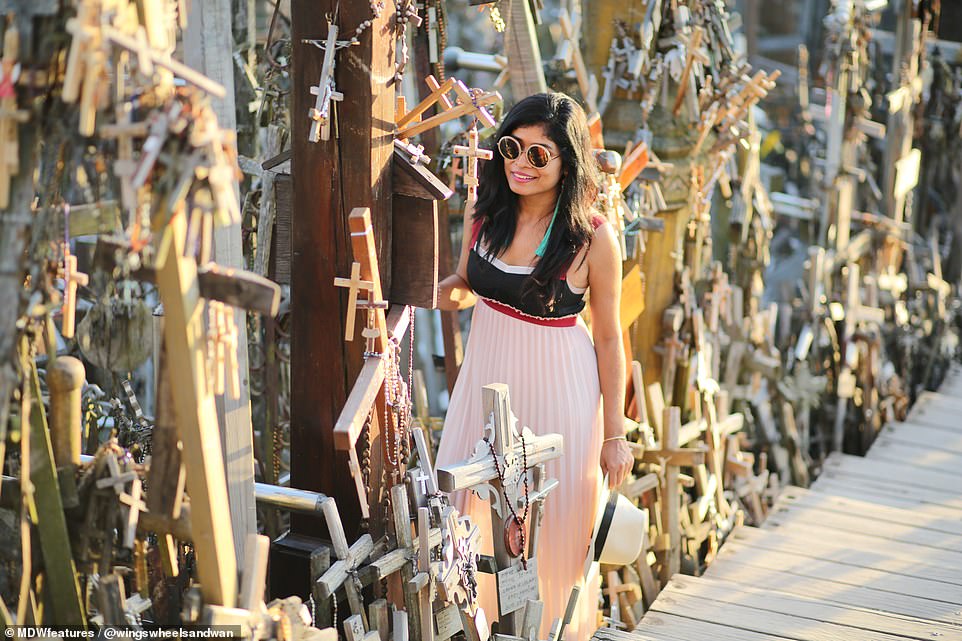 Anurita has visited an incredible 50 countries over the past 10 years including Dominican Republic, Israel, Greece, USA and Russia. Here she is pictured at the Hill of Crosses in Lithuania 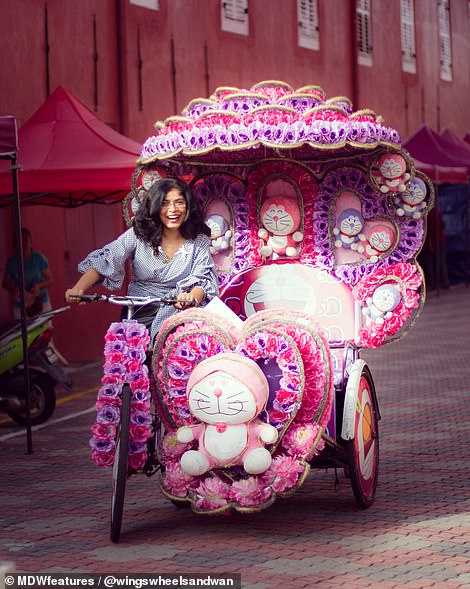 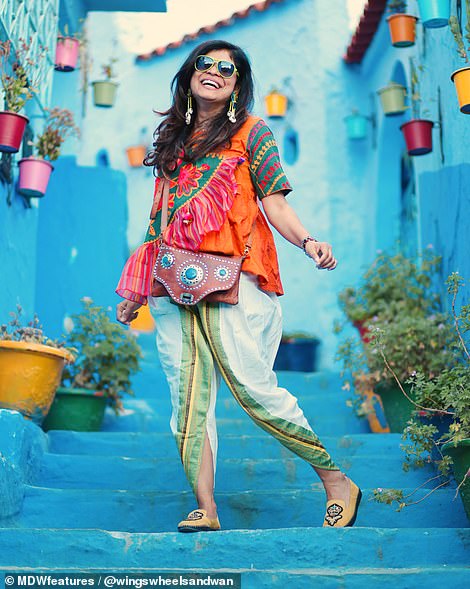 Anurita estimates that she has spent between £8,000 and £10,000 on travel over the past 10 years. She is pictured in Melaka City, Malaysia, left, and in Morocco, right 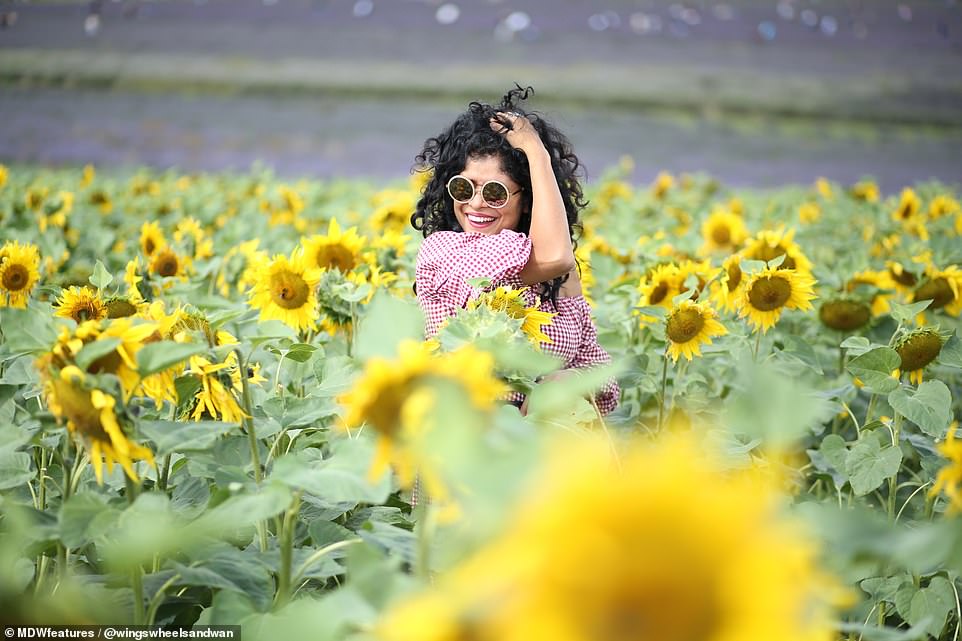 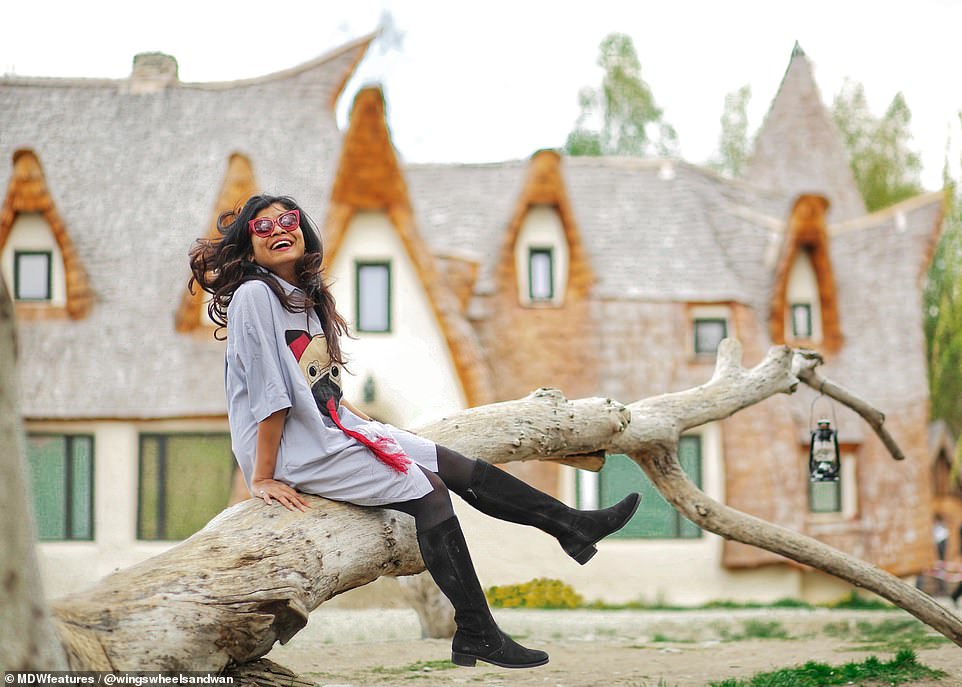 The financial analyst doesn’t buy new furniture or fancy cars or have a television so she can afford to travel. She is pictured here at Castelul de Lut Valea Zanelor in Romania

‘When I got a job, I moved out of my city and I was sent to London when I was 24 for six months to work for Goldman Sachs as an analyst. That really opened up the world to me as I’d never been anywhere before that.

‘London really changed me because I spent all the money I earned on travelling around the country, every weekend, whatever opportunity I got. My first time in London made me really thirsty for more.’

Anurita posts stunning pictures from her travels at home in the UK and abroad on Instagram under the handle, @wingswheelsandwanderlust.

But she said people should want to travel to be able to experience something new, not just to make their Instagram feeds look pretty.

She continued: ‘Travelling isn’t just about taking a flight or staying in a posh hotel. It’s not about Instagram and wearing that flowy dress or that hat, it’s not. It’s about the feeling you get when you encounter something new and it gives you a new dimension, a new experience and that could happen in this country.’

Anurita aims to visit five new countries every year as well as going back to places she has visited before but loves.

So far she has ticked off the likes of Israel, Greece, the USA and Russia. 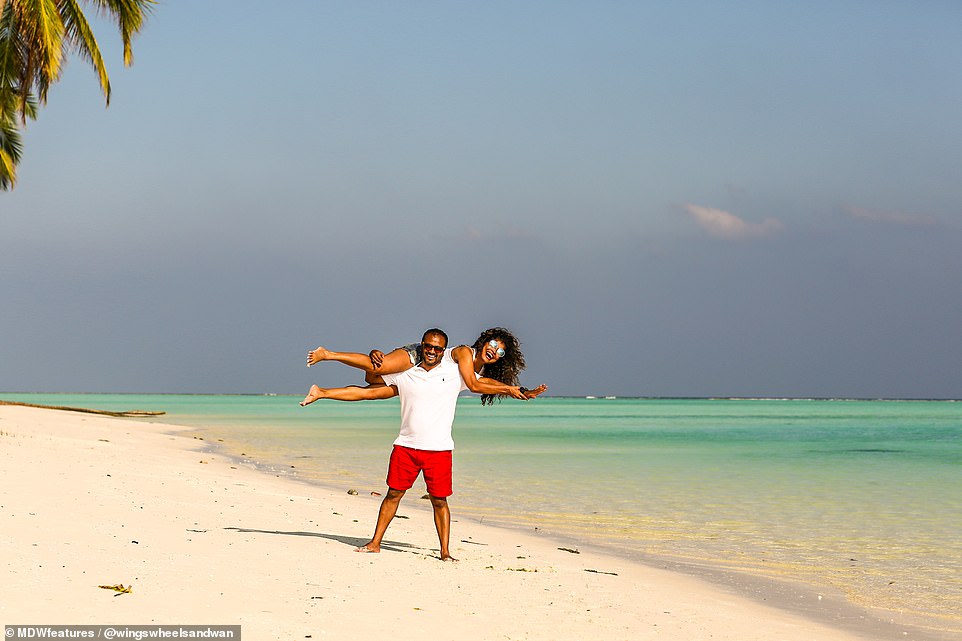 Anurita on the beach in Tinnakara, India. Last year she spent six months away travelling her home country, India 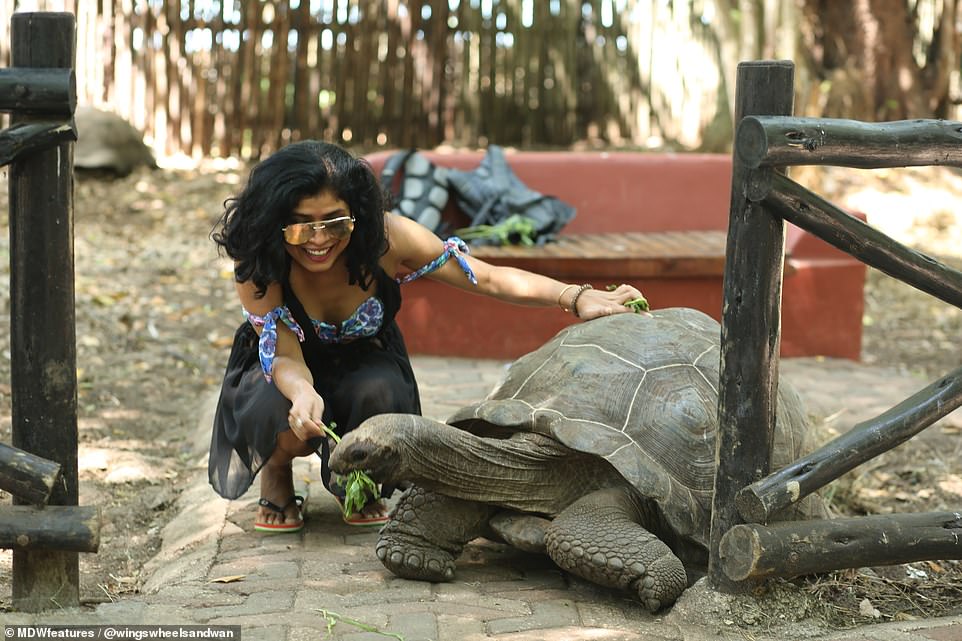 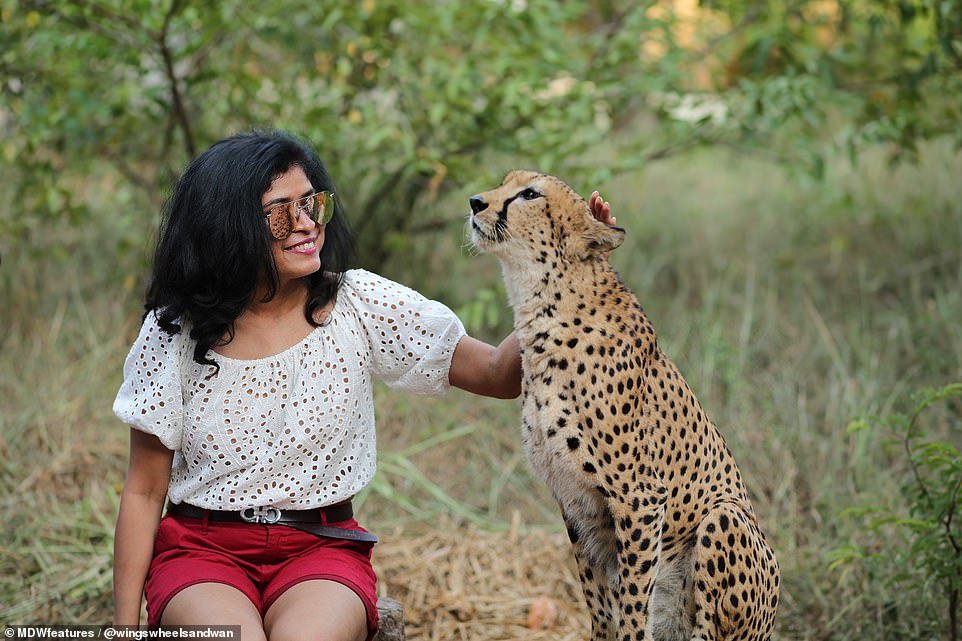 Anurita pets a cheetah at Cheetah’s Rock in Tanzania. She said: ‘Travelling isn’t just about taking a flight or staying in a posh hotel’ 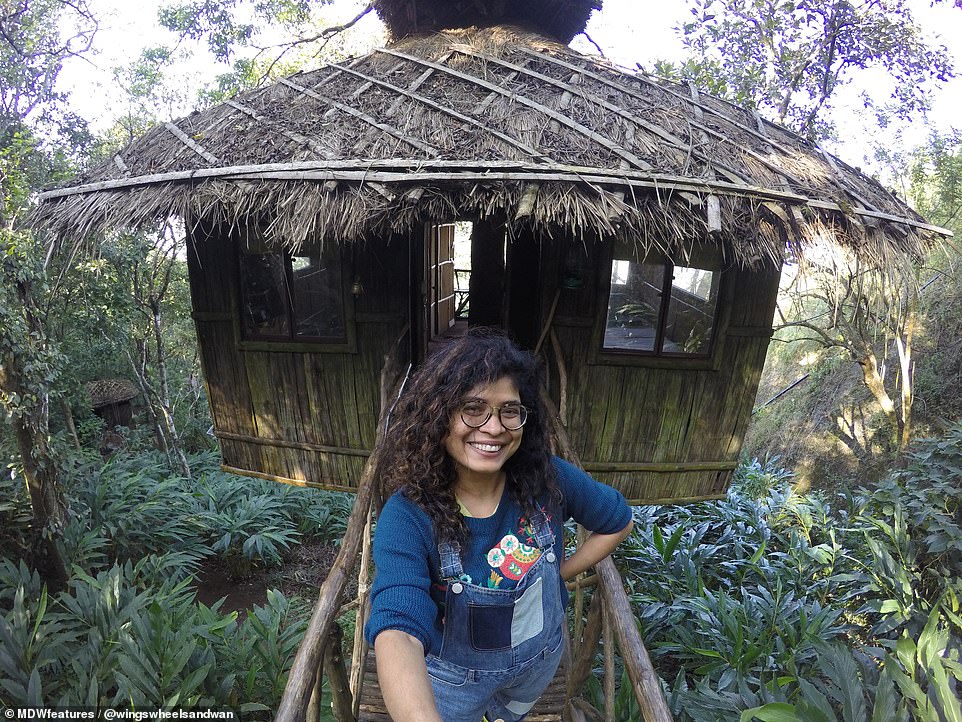 Anurita snaps a selfie in front of a hut in Preriyar National Park, India 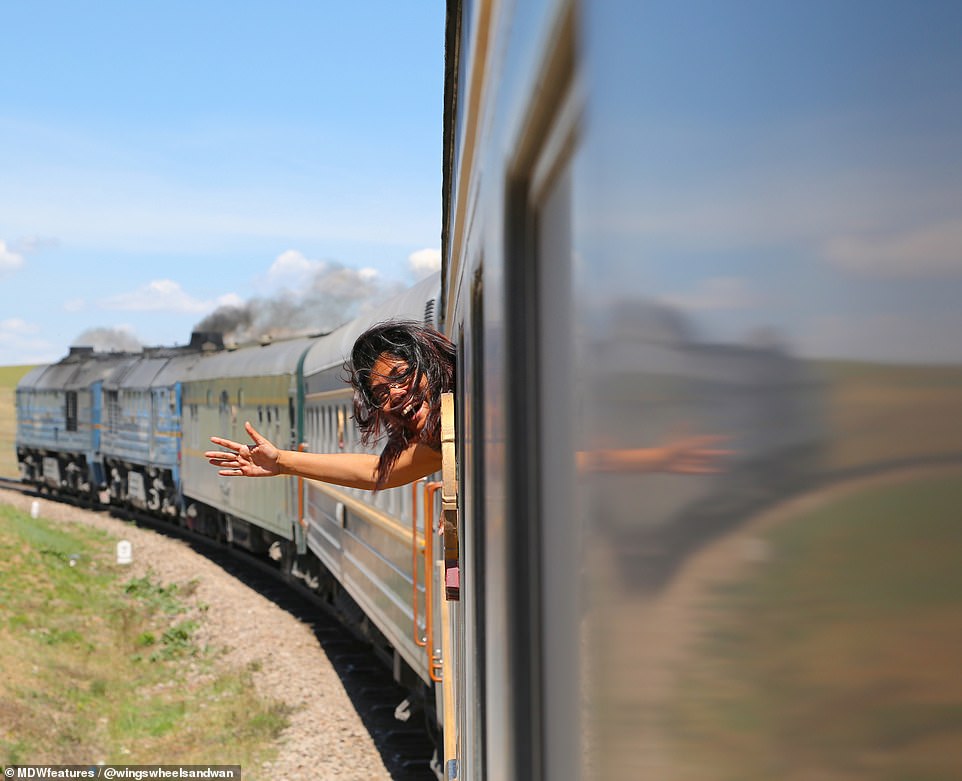 ‘Travelling is about the feeling you get when you encounter something new and it gives you a new dimension’, says Anurita. Here she is pictured waving from a train in Mongolia 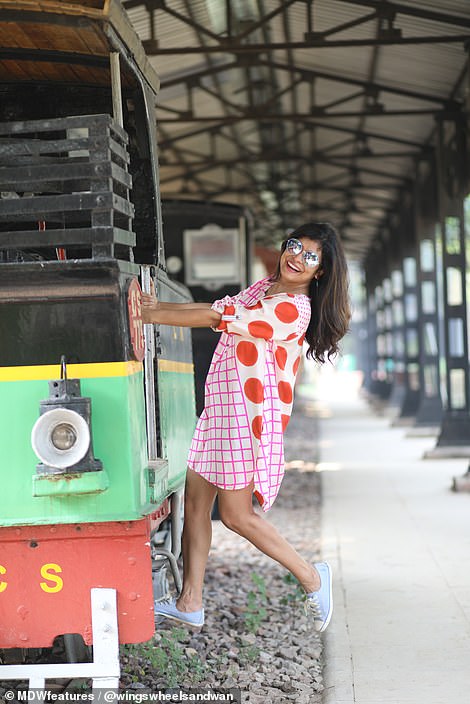 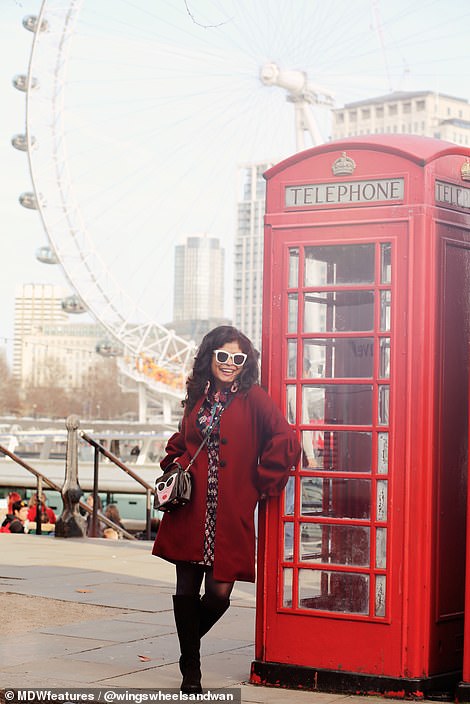 Pictured left is Anurita next to a train in New Delhi, India. Right, she poses next to a traditional red phone box with the London Eye in the background 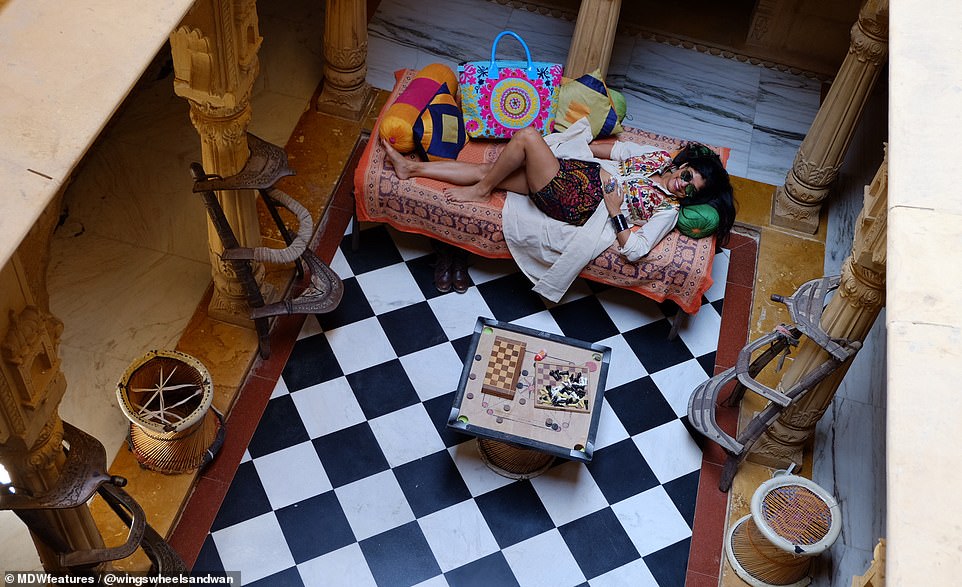 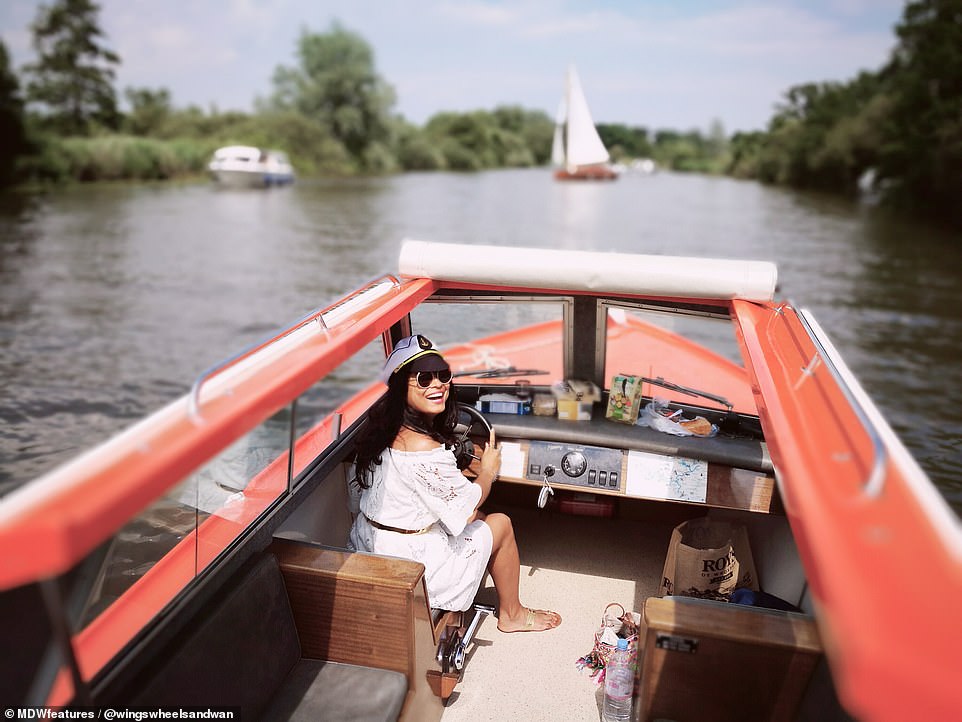 Anurita on the Norfolk Broads. She said that it was London that gave her the travel bug 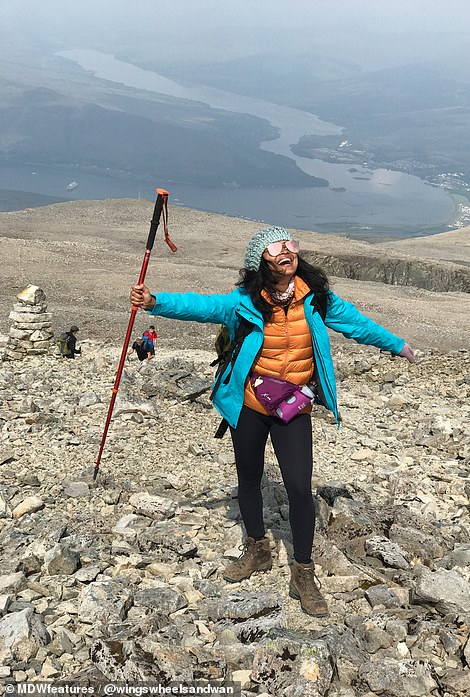 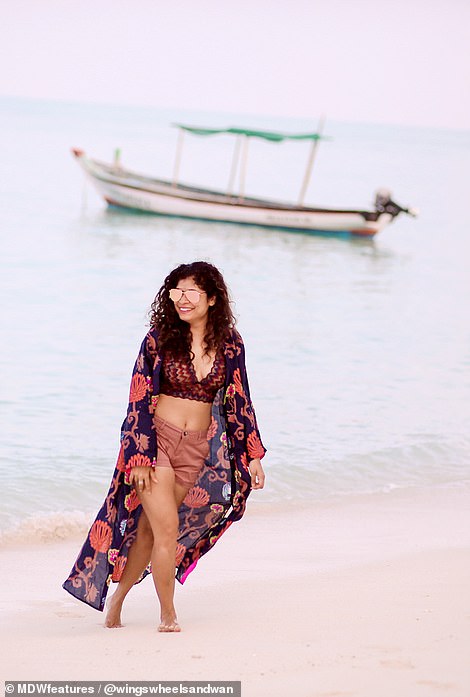