Gareth Bale not being used by Real Madrid against Bayern Munich is a ‘huge statement’, according to Rio Ferdinand.

Bale was an unused substitute as Madrid narrowly beat Bayern 2-1 in the Champions League semi-final first-leg at the Allianz Arena on Wednesday night.

The Wales international, whose future at the Bernabeu is looking increasingly in doubt, was forced to watch the game from the bench once again with Karim Benzema, Marco Asensio and Mateo Kovacic coming on instead.

And speaking following the final whistle on Wednesday, Ferdinand told BT Sport of his worries for Bale, who joined from Tottenham in 2013.

Ferdinand said: ‘One thing we were all talking about here in the studio before the game finished, making those substitutions and Gareth Bale doesn’t get on the pitch is a huge statement.’

Fellow pundit Frank Lampard agreed with Ferdinand’s statement, claiming that Zinedine Zidane’s refusal to use Bale shows that things will change in the summer.

Lampard added: ‘I think statement is a good word because sometimes if the club is moving in the one right direction, they keep him on the bench, bringing the young players on, it’s a statement to say in the summer that things are going to change’. 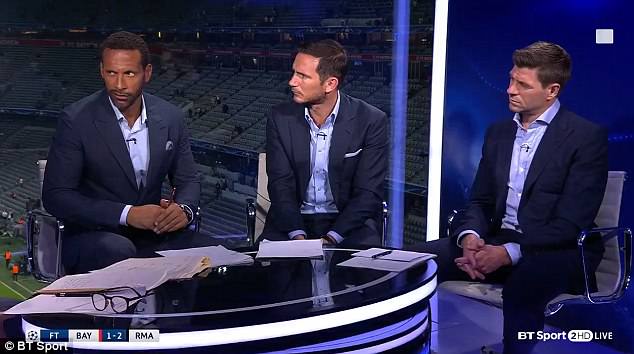 Meanwhile, Steven Gerrard also weighed in on the debate, insisting that it must be a hammer blow for Bale if Benzema, who has endured a torrid season in front of goal, is coming on instead of him.

Gerrard said: ‘Thing is as well, he is bringing Benzema on before him and Benzema is offering zero. So that’s another concern for him.’

Bale has featured only 27 times overall in both La Liga and the Champions League this season, scoring 12 goals. 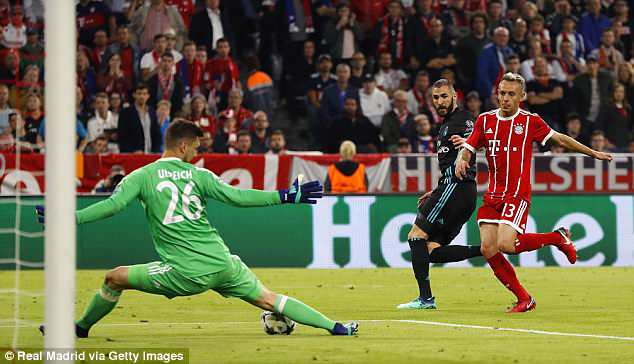