And that appeared to be backed up by Atletico’s final full training session on Tuesday with Torres starting up-front alongside Antoine Griezmann. 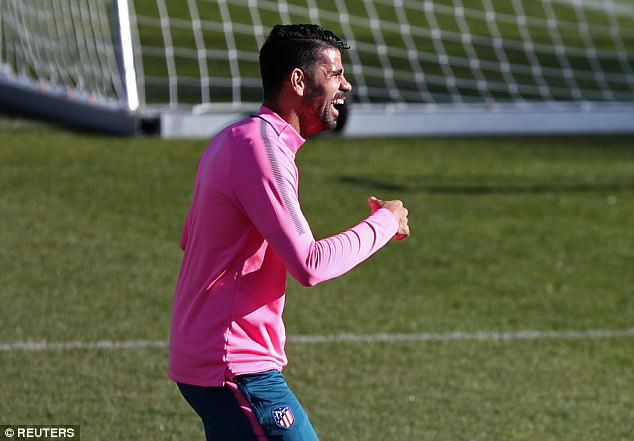 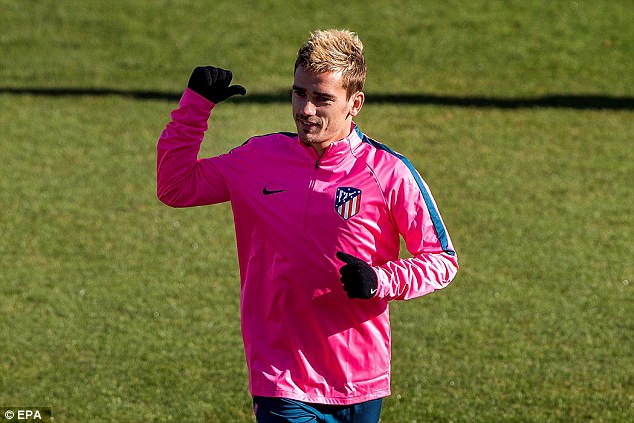 Chelsea’s Champions League destiny is in their own hands. If they win they go through but if they draw then they will have one eye on how their former centre-forward fares in only his third start this season.

Torres has started just one league game and one Spanish Cup game this season and is yet to score or start a Champions League fixture.

But with Atletico’s other forwards firing blanks, Simeone believes it is time to call on an old fans’ favourite as the team goes in search of their first Champions League win.

Atletico’s biggest problem is a lack of goals and Torres is the man Simeone trusts to keep the hope of qualifying alive. 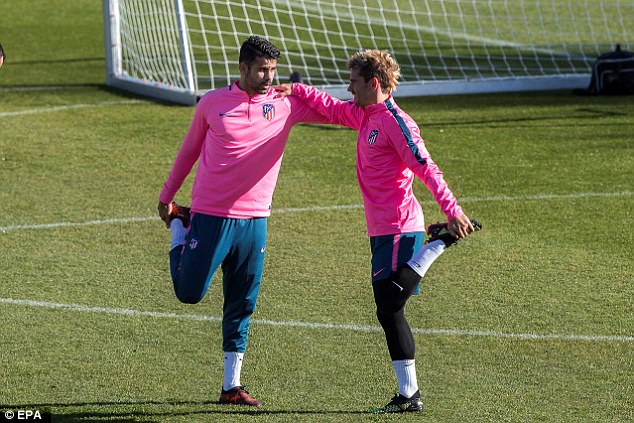 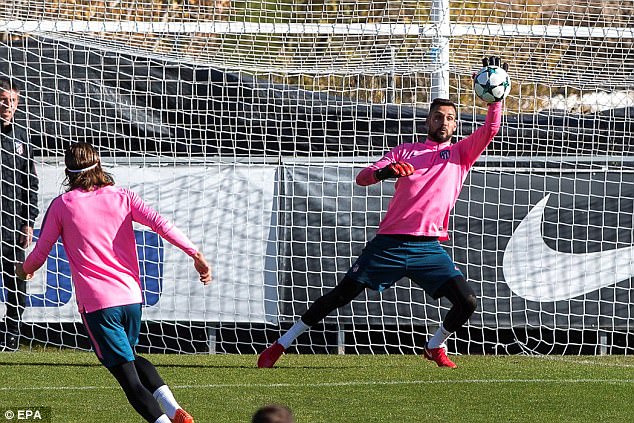 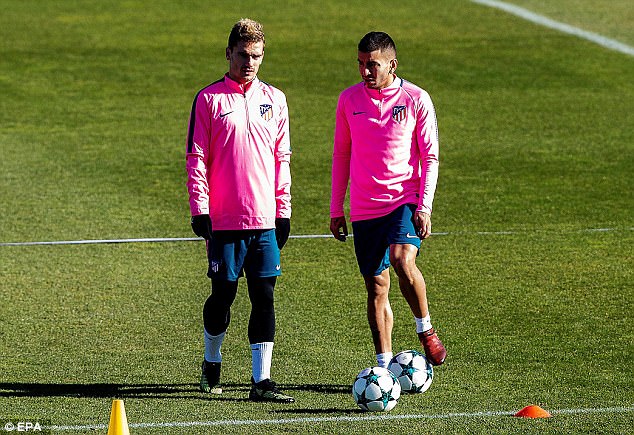 Griezmann has a chat with Angel Correa, who is expected to start on the bench on Wednesday

The 33-year-old came on as a substitute on Saturday in the Madrid derby and teed-up Kevin Gameiro for what could have been the winner but his effort was cleared off the line.

In the first half it was Angel Correa who had the best chance but he skewed his shot wide from five yards. Griezmann never had a shot on target and was taken off.

But Simeone is expected to persevere with the Frenchman and bring Torres in alongside him, at Correa and Gameiro’s expense. 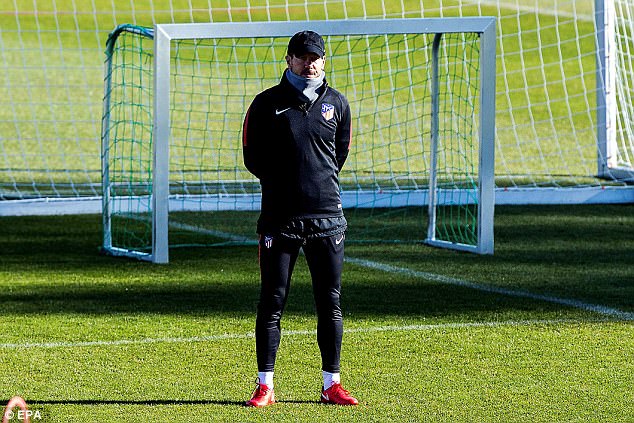 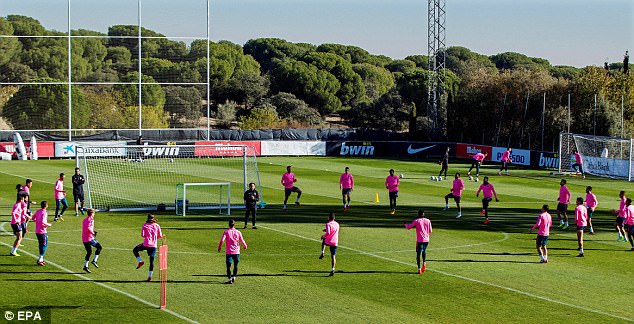 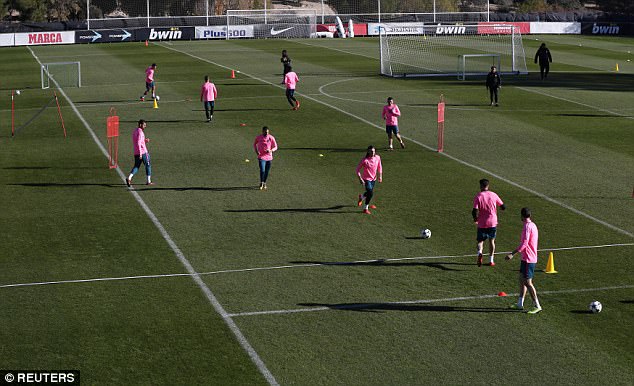