Ferne McCann defiantly stepped out with daughter Sunday for a Boxing Day walk the day before Arthur Collins, her ex-boyfriend and father of her child, plead guilty to hiding a mobile phone in prison.

On an image posted to her Instagram page today, the former TOWIE star is seen walking her daughter in a wood on Boxing Day not allowing her former partner’s upcoming court appearance stop her from enjoying her first Christmas with her little girl.

The I’m A Celeb finalist wrapped up warm as she stepped out with one-month-old Sunday who was wrapped up in her pram.

She wrote: ‘Boxing Day Walks with the Fam. Gross weather today…I’m staying in & keeping cosy…‘twas so nice yesterday though. My pram is from @bababoomloughton @myjoolzoutfit credits tagged#Boxingday #winter.’

The new mother has previously said that her daughter will never see her father while he is serving a 20 year prison sentence for injuring 22 club revelers by throwing acid on them in April.

She clearly refused to allow his actions ruin Sunday’s first Christmas and posted an adorable snap of the two of them wearing matching pyjamas on Boxing day with the caption: ‘All I need.

‘Merry Christmas everyone I hope you all had a lovely day.’

Collins, 25, stashed a mobile phone, two SIM cards, two USB sticks and a charger in a pair of crutches when he was on remand for the attack. 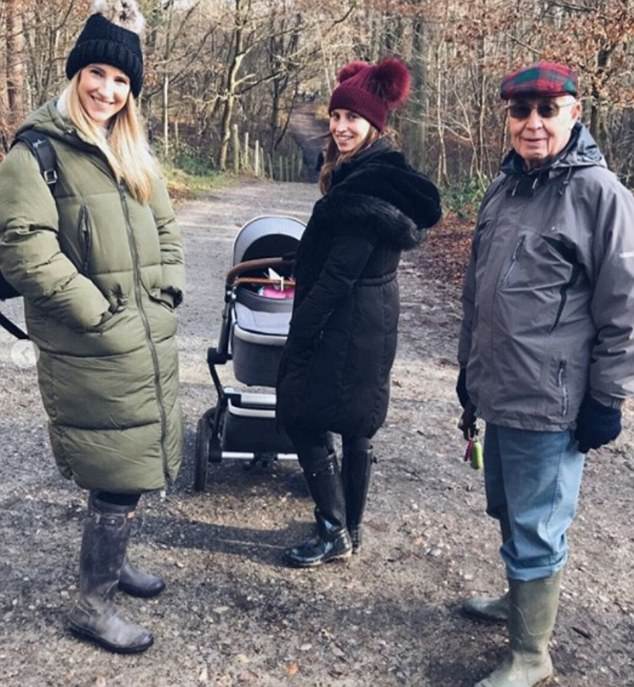 He needed the crutches after fracturing both his heels trying to escape police while on the run from Wringer and Mangle E8 nightclub in Hackney, east London.

He is said to have called his ex Ferne McCann while in jail on remand when she was pregnant with their daughter.

He could be facing a further two years added to his sentence. 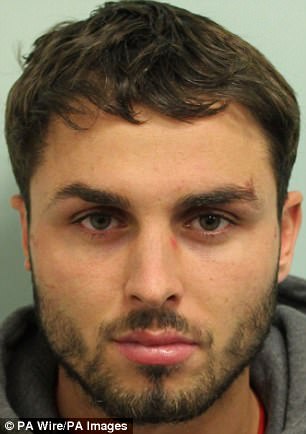 Arthur Collins, 25, plead guilty to concealing a mobile phone and USB sticks in a pair of crutches whilst on remand for attacking 22 people with acid in a packed night club

The ‘prohibited items’ were found by a prison officer in his private shower at HMP Thameside on September 10 when the rubber bottoms of the walking aides were removed.

Collins was charged with one count of possession of prohibited items.

At Bromley Magistrates Court today he appeared via video link from Belmarsh Prison wearing a yellow, blue and white jumper and pleaded guilty.

The court heard Collins had been caught with a phone in jail before, but it was dealt with by the prison staff.

His father and another family member were present in court for the short hearing.

Samantha Mitchell prosecuting said: ‘The items were found inside a crutch being used by Mr Collins at the time in question.

‘A custody officer searching the cell being used solely by Mr Collins located a crutch in the shower area. He had been using it due to an ankle injury.’

Prosecutor Ms Mitchell added: ‘The custody officer removed the bottom of the rubber stopper and located the items. 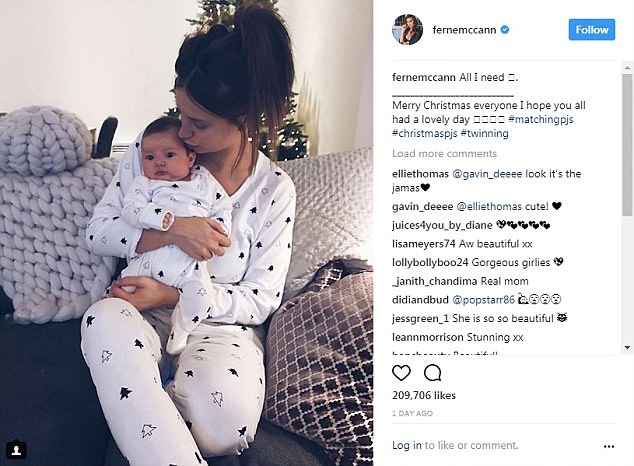 ‘The SIM cards were download and contained evidence of calls and messages between Mr Collins and his family.

‘This is not the first time he has been caught with prohibited items. He has been found with a phone before but it was dealt with inside the prison itself.’

Audrey Morgan defending Collins claimed he only used the phone to avoid his calls being hacked by journalists trying to intercept details of his relationship with the Towie star. 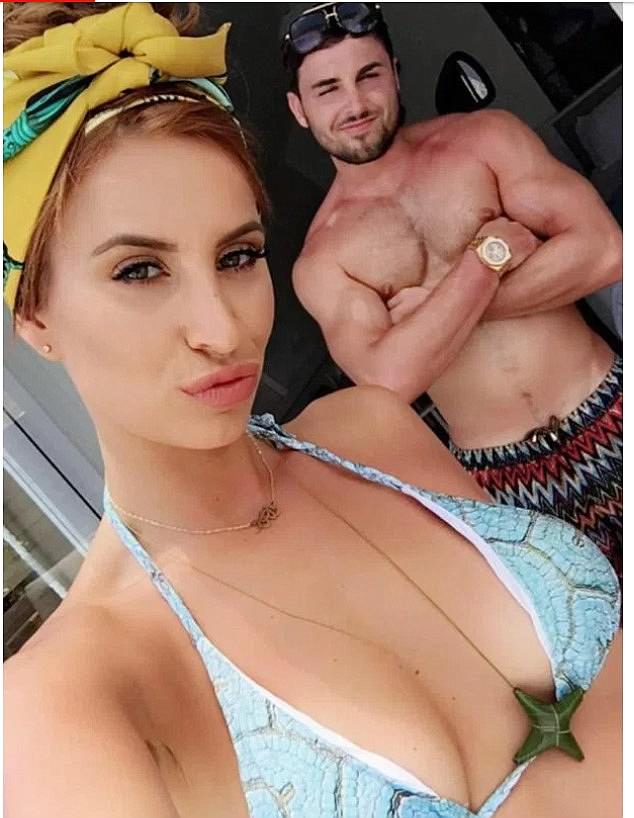 The ‘prohibited items’ were found by a prison officer in his shower when the rubber bottoms of the crutches were removed. He could be facing a further two years on his 20 year sentence

She said: ‘He has pleaded guilty at the first opportunity and admitted the offence to the prison guard in question.

‘He didn’t have a phone for any sinister purposes, he had it to contact his family and friends. It’s not a smart phone, it’s just one that makes calls.’

Ferne McCann was seen out and about with her and Collin’s daughter, Sunday, on Boxing Day. Collins is said to have called her in prison while she was pregnant with his daughter

He said: ‘Mr Collins at this stage I give you credit for you guilty pleas, however without prejudice I consider my powers insufficient therefore I commit it to the crown court at a further date you will be notified.’

Collins could be jailed for an additional two years for the offence.

Collins, of Broxbourne, Hertfordshire, now in Belmarsh Prison, was convicted of five counts of causing GBH with intent and nine counts of assault occasioning ABH, against 14 clubbers.

The attack took place while they were out celebrating the news of her pregnancy.

Collins will next appear at Woolwich Crown Court at a date to be set.