Ferrari fesses up that dealers were changing odometers

Ferrari North America has  fessed up to knowing that dealers were using a device that allowed them to roll back odometers, telling its sales force to stop the practice, according to an internal memo obtained by DailyMail.com.

The practice – which could allegedly only occur if it was green-lighted by Ferrari headquarters electronically – allowed well-heeled owners to sell their prized wheels to unsuspecting buyers at grossly inflated prices.

The memo was filed in court in early February as part of former showroom salesman Bud Root’s lawsuit’s against Ferrari.

He claims he was fired from his sales position after discovering the ‘Deis Tester’ and questioned the illegal practice to his superiors.

Ferrari acknowledged it knew that dealers were using a device, called the ‘Deis Tester’, that allowed them to roll back odometers, according to a memo filed in in a Florida court in February 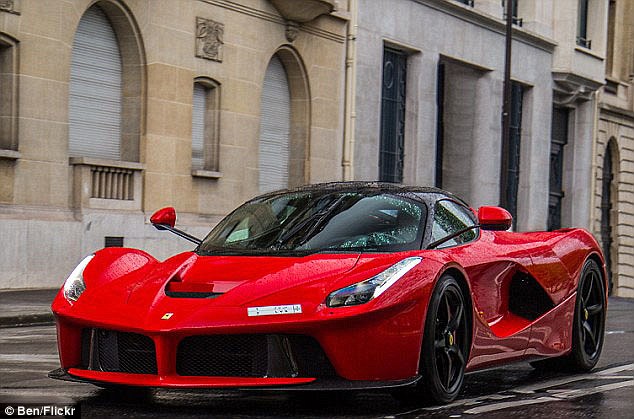 According to the document filed February 8 in Root’s lawsuit, Ferrari North America notified dealers it would no longer provide access codes for resets.

‘By May 15, 2017, Ferrari SpA will release a software update for the DEIS tester that includes removing this cycle,’ the memo reads. ‘As a result …, the odometer ‘reset to zero’ functionality is being removed.’

The brand’s North American arm followed through with a technical bulletin published in April and confirmed that it would send an update to its DEIS Tester app, making it impossible for the app to roll back odometers.

In the same memo, Ferrari even announced it would remove the paragraphs about turning odometers backward from its Ferrari Workshop Manuals that, for years, told technicians how to reset the counters.

Tampering with a car’s odometer is illegal in several U.S. states. In Florida, it can lead to a felony conviction, fetching a least one year in prison.

In the same February court filing, Root’s lawyers are putting Ferrari on notice that it will need to supply a slew of internal documents on odometer rollbacks.

Attorney David Brodie, who represents Root, asked for records of ‘every instance’ in the past eight years when the odometer of a Ferrari car was reset. 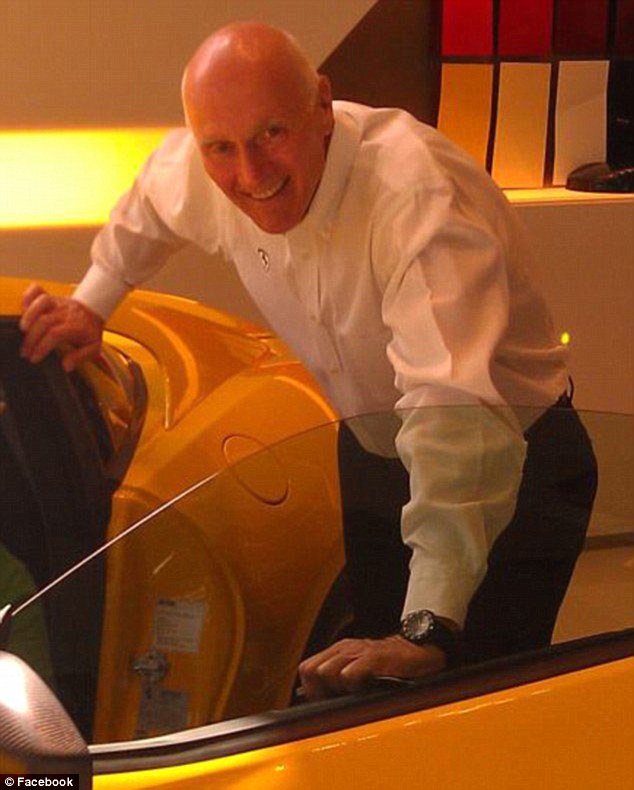 Bud Root (pictured), a former showroom salesman-turned-whistle blower, claimed he was fired after discovering the device and questioning his superiors if California Spiders and 488 GTBs owners had a different mileage on the cars than what was displayed

HOW THE ‘THE DEIS TESTER’ WORKS

Root claims in his lawsuit that Ferrari is capable of rolling back the digital odometers on their luxury vehicles for sale in the lucrative pre-owned market using a special device called ‘the Deis Tester.’

The lawsuit alleges that Ferrari headquarters in Italy must green-light the procedure electronically – allowing wealthy owners to resell their prized wheels to unsuspecting buyers at grossly inflated prices.

‘The Deis Tester contains a software program for resetting the odometer on a Ferrari to ‘0.’

Ferrari and its affiliates train technicians throughout the world on the use of the Deis Tester device, Root claims.

‘Each time the Deis Tester is utilized on a Ferrari vehicle, authorization is obtained from Ferrari entities via a wireless network connection,’ the lawsuit reads.

He continued: ‘The practice ceased after my client, Bud Root, blew the whistle and just days after his story was picked up by the media.

‘What remains now is to determine how pervasive this practice has been and to compel Ferrari to come clean and reveal the VIN number and odometer rollback data relating to each and every Ferrari for which it supplied an odometer rollback access code.

‘Ferrari has a duty and obligation to its loyal customer base, the consuming public and its own shareholders to ensure that this information is released forthwith.’

Root claims he was fired after discovering the use of the odometer rollback device.

Root explained in court papers the practice — which only occurred if Ferrari headquarters green-lit it electronically — allowed owners to sell their Ferraris to unsuspecting buyers at artificially-inflated prices.

In the lawsuit, Root claimed McMillan allegedly paid off one of the dealership’s mechanics to decrease his car’s mileage.

The multi-millionaire, who once made news when he allegedly reneged on the promise to hire a woman at Sara Lee because she wouldn’t have sex with him, saw the value of his $3 million-LaFerrari instantly increase by $1 million, Root’s lawsuit claims.

Root also claims Ferrari trained techs throughout the world on the use of the Deis Tester device. 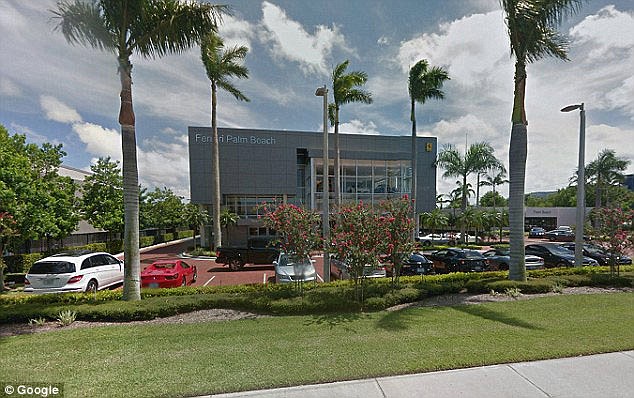 Root was recruited by Ferrari of Palm Beach in 2009, according to the complaint. The West Palm Beach company is a part of the New Country Motorcars Group, a network of 35 luxury dealerships with corporate headquarters in upstate New York

In court papers, Root says he was recruited by Ferrari of Palm Beach in 2009, according to the complaint.

The West Palm Beach company is a part of the New Country Motorcars Group, a network of 35 luxury dealerships with corporate headquarters in upstate New York.

In January 2016, however, he was fired despite the fact he had just sold a car for $1.4 million, a record for that dealership.

The official reason for his firing was ‘egregious violation of business ethics’ for allegedly facilitating the rollback of McMillan’s odometer.

What really happened, Root says, is that he was targeted after he loudly objected to the use of the rollback device because its use could bring criminal charges.

He claims he told McMillan about it in passing, mostly to warn him to be on the lookout for cars with extremely low mileage.

Root was re-hired in March 2016. Since then, however, he claims Ferrari of Palm Beach engaged in a pattern of retaliation, including his move to an office that’s harder to reach by customers. 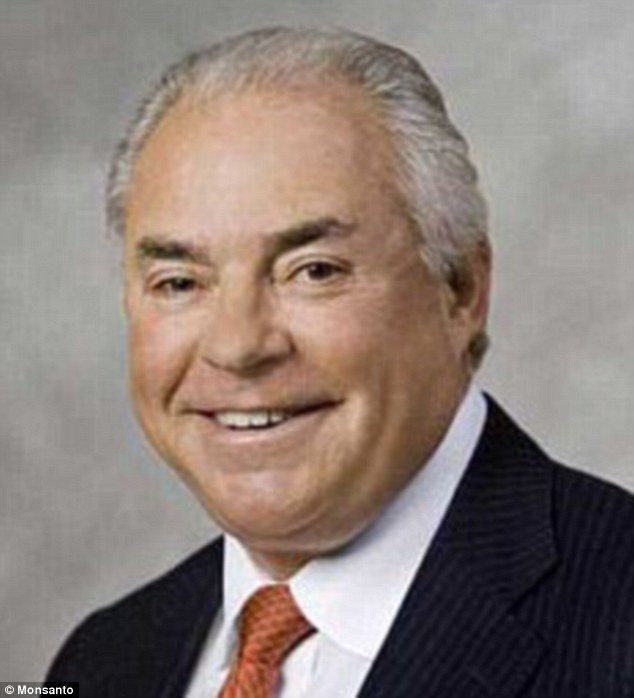 Root even named one of his clients, retired Sara Lee food maker CEO Steven McMillan, for allegedly paying off one of the dealership’s mechanics to roll back the odometer of his car

In a lengthy emailed statement, Ferrari of North America Director of Communications Krista Florin said the company did nothing wrong or illegal, and notched the timing of the rollback memo to a software update, not DailyMail.com’s article.

‘Resetting an odometer to zero in case of a malfunction of the odometer when the pre-repair mileage is unknown is consistent with the federal odometer law,’ Florin wrote.

‘What the DEIS tool is allowed to do with respect to the odometer was therefore permitted under U.S. law.

She also added the tool could not work after the odometer reached 311 miles, or 500 kilometers.

The memo, she said, shows ‘the willingness of Ferrari to avoid and prevent any odometer rollback fraud by any unauthorized third parties.’