The fiance of slain Texas mother Heidi Broussard has posted a donation site asking well-wishers to contribute by purchasing items for his baby daughter Margo from an Amazon wish list that has been growing steadily in recent weeks.

Shane Carey created the Heidi and Shane Family Fund asking for financial support for his family of three children, including newborn daughter Margo, after the body of his fiancee, Broussard, was found in a duffel bag in the trunk of a car last month in the Houston area.

Police found Broussard’s decomposing body in the trunk of her car and the woman’s newborn baby, Margo, at her home near Houston.

Now Shane Carey is looking to start a new life with his infant daughter – and he’s asking for the public’s help.

Shane Carey created the Heidi and Shane Family Fund asking for financial support for his family of three children, including newborn daughter Margo, after the body of his fiancee, Broussard, was found in a duffel bag in the trunk of a car last month in the Houston area 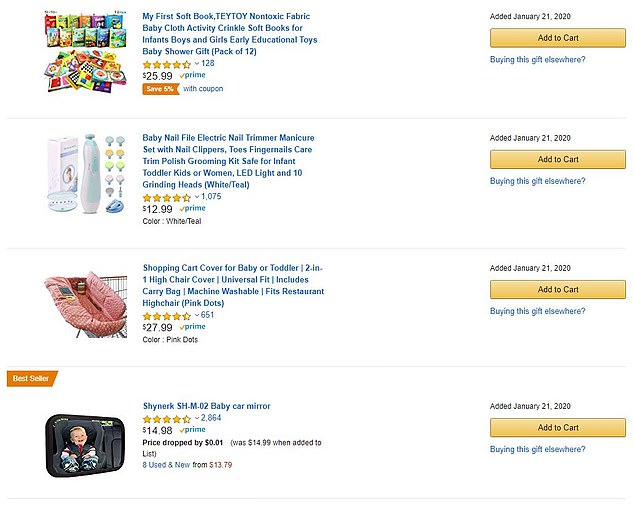 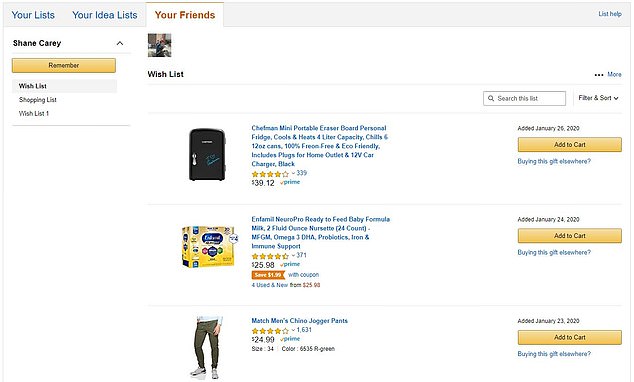 Carey is asking the public for help in buying a list of items which includes a portable personal fridge, baby formula, and baby nail file 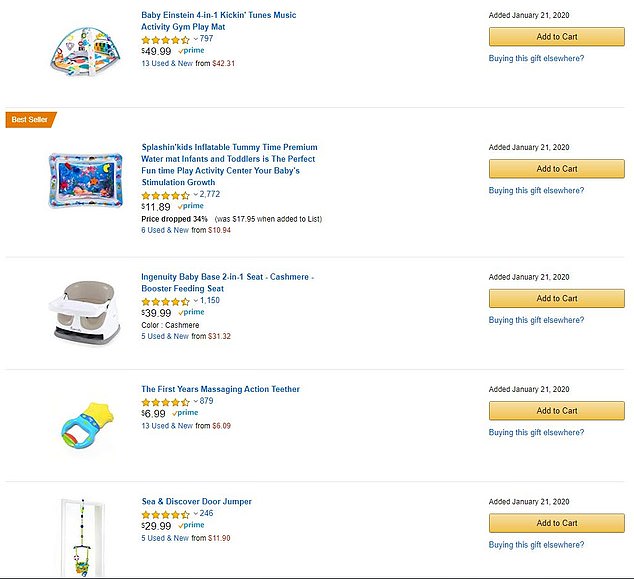 The list of items also includes a shopping cart cover for toddlers, a set of Pokemon cards, a baby walker, diapers, baseball cleats, and pajamas for babies

‘I think that’s what this story is. We are a family temporarily displaced by a brutal slaying with glimmers of hope coming from the return of my daughter.

As of Monday, the crowdfunding effort has so far raised $785.

Carey has been keeping Heidi Broussard’s memory alive by sharing his favorite throwback photos of her and posting updates on baby Margo.

He took to Facebook earlier this month to thank everyone who has supported him through the ‘nightmare’ of Broussard’s abduction and killing after she had given birth to Margo last month.

As of Monday, no one has been charged in Broussard’s slaying.

Since he was reunited with his baby daughter, Carey has been sharing heartwarming images of the infant on his Facebook page.

‘There she is,’ Carey says with a chuckle while standing over Margo. 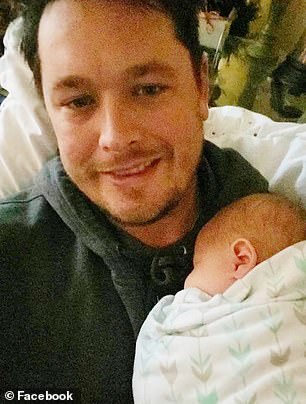 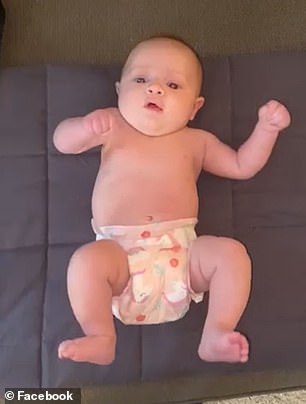 Shane Carey is pictured with his daughter, Margo, who was returned to him by police last moth after her mother’s killing. Earlier this month, the dad shared a sweet video of the baby (right) 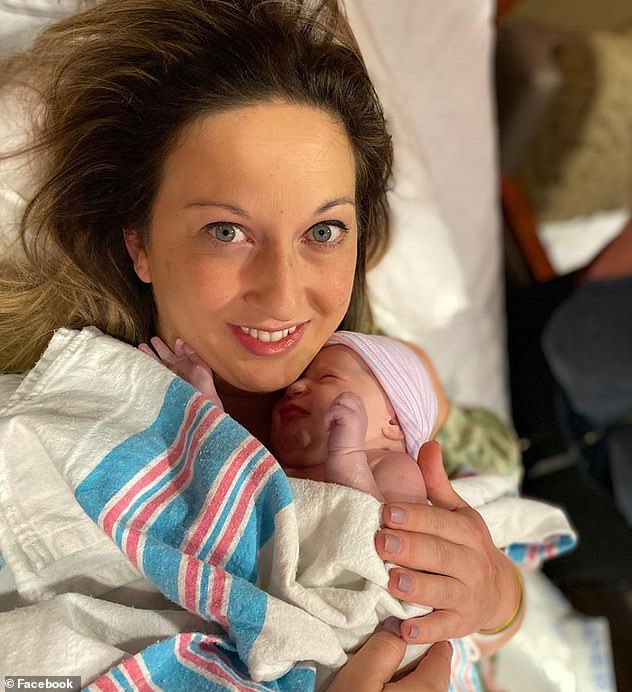 Broussard was found strangled to death in the trunk of a car outside a home in Houston, Texas on December 20 after she disappeared with her newborn 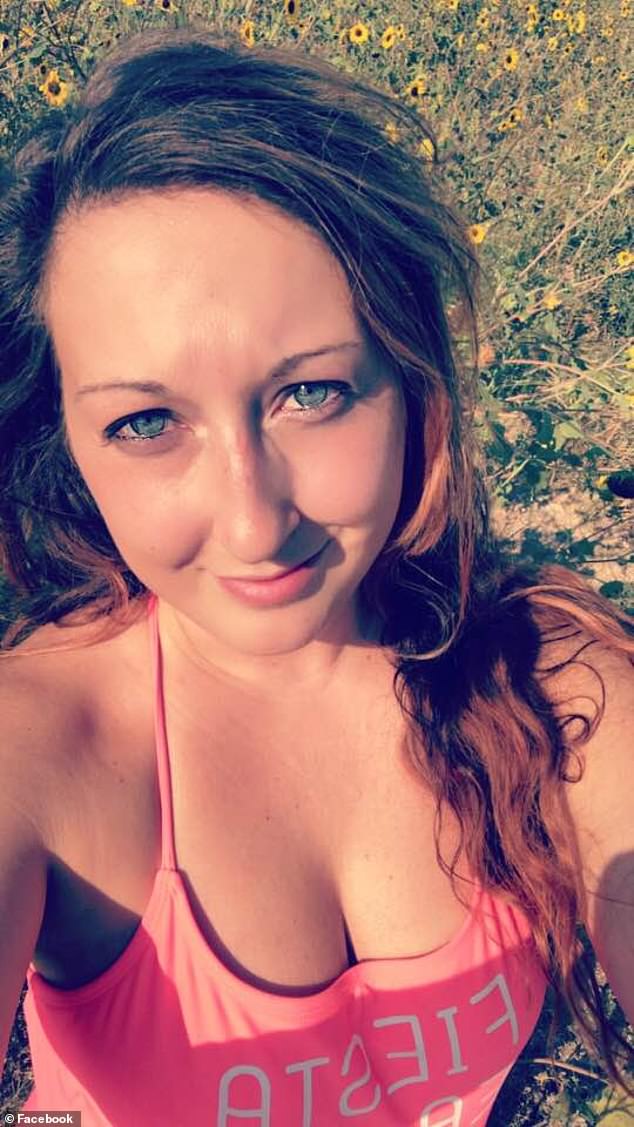 ‘The love I have for my Heidi will transcend and shine through my three children,’ Shane Carey wrote on the donation page he created 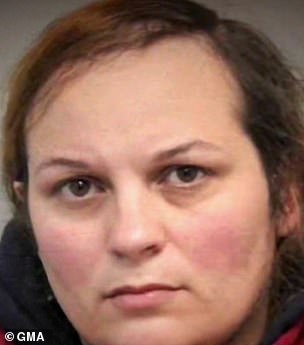 The grief-stricken fiance and single father-of-three has since shared multiple photos depicting Heidi and their children during happier times.

The snapshot shows the mom giving the camera a playful wink and flashing the thumbs up sign with one hand, while holding the spicy treat with the other.

‘She loved hot and spicy things and that’s probably why she fell in love with you too lol,’ a friend quipped in the comments section, referring to Carey.

An arrest affidavit unsealed earlier this month says Fieramusca abducted Broussard on December 12 and packed her into a black duffel.

Broussard’s body was found a week later in the trunk of Fieramusca’s car.

Fieramusca is being held in the Travis County Jail. She denied being in Austin at the time of Broussard´s disappearance, the affidavit states.

According to the affidavit, which was first reported by the Austin American-Statesman, Fieramusca and Broussard were friends and met about a decade ago at church camp.

At one point, Fieramusca had a key to Broussard’s apartment and the women discussed being pregnant together, even considering that they might give birth on the same day, the court record states.

Broussard’s fiance, Shane Carey, told police that both women were expecting in late 2019, according to the affidavit. Fieramusca was ‘visibly pregnant’ and would hold her hands under her belly to support the weight, he said. 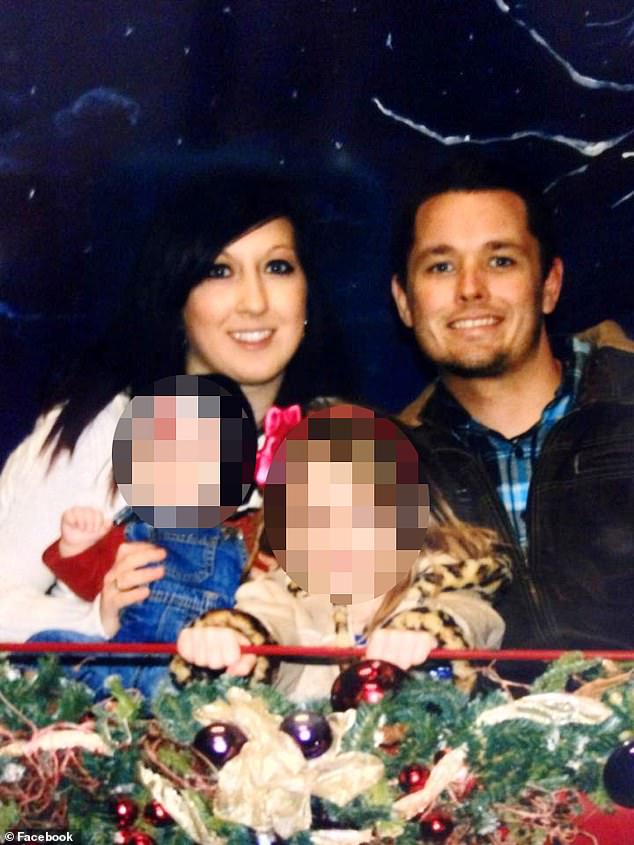 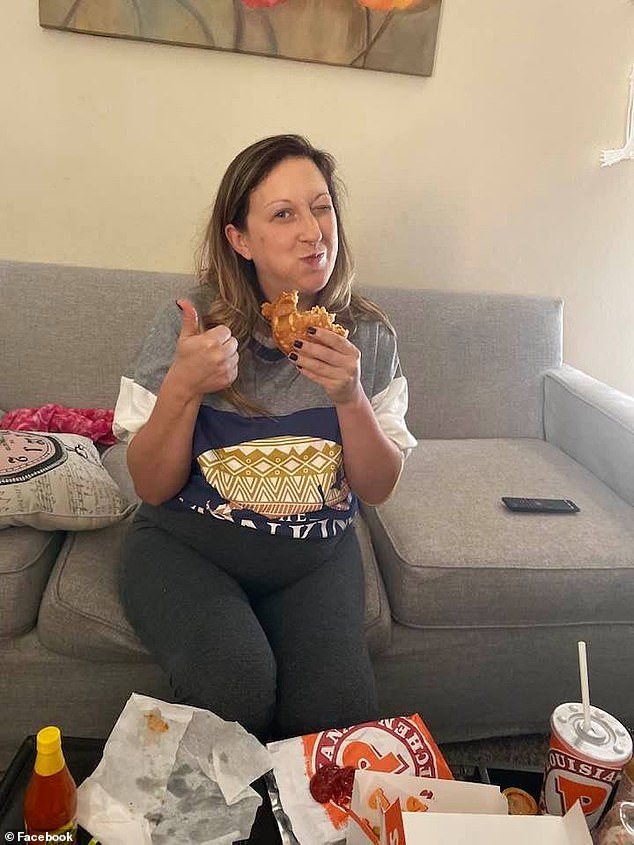 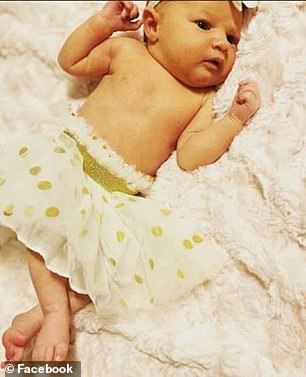 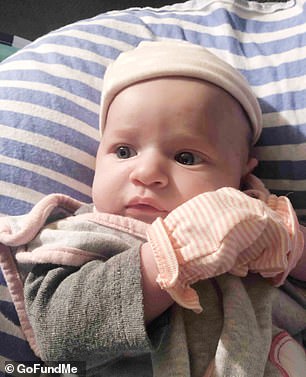 Carey has created a fund to help him care for his three children, including baby Margo

Fieramusca’s ex-boyfriend, Christopher Green, told police he believed she was carrying his child.

Green and Fieramusca continued to share a home even after they broke up. On December 13, Fieramusca told Green that she had given birth without his knowledge and that the baby was in their home, the affidavit states.

An investigator later showed Green a missing persons flyer showing Broussard and her daughter. ‘That’s the baby at my house,’ he allegedly responded.

In his first interview with ABC earlier this month, Carey said he does not believe Fieramusca acted alone and speculated that someone possibly had talked her into carrying out the deadly baby-stealing plot.